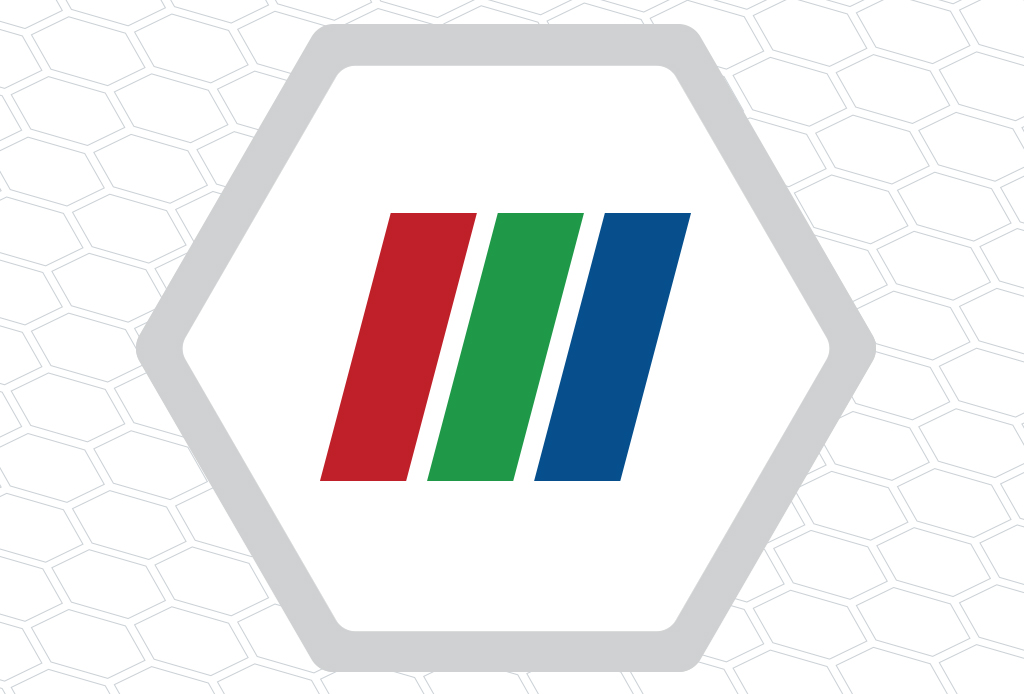 ParaView 5.0 comes with lot of new features, most are not huge changes but they offer an easier user experience and can make life a lot easier. In this article we present some of them.

So far, retrieving information about a mesh point was quite a pain with ParaView: you needed to select the point and then locate this selected point in the spreadsheet view or use the selection inspector to view some information about it.

Thankfully, a new button appears in the Render View toolbar of ParaView 5.0. Once checked, the view enters in an interactive probing mode where the user can hover a data point and receive, through a tooltip window, all the information about the underlying mesh point: the data (and block name) it belongs too, its id, coordinates and the values of all the associated point data array. 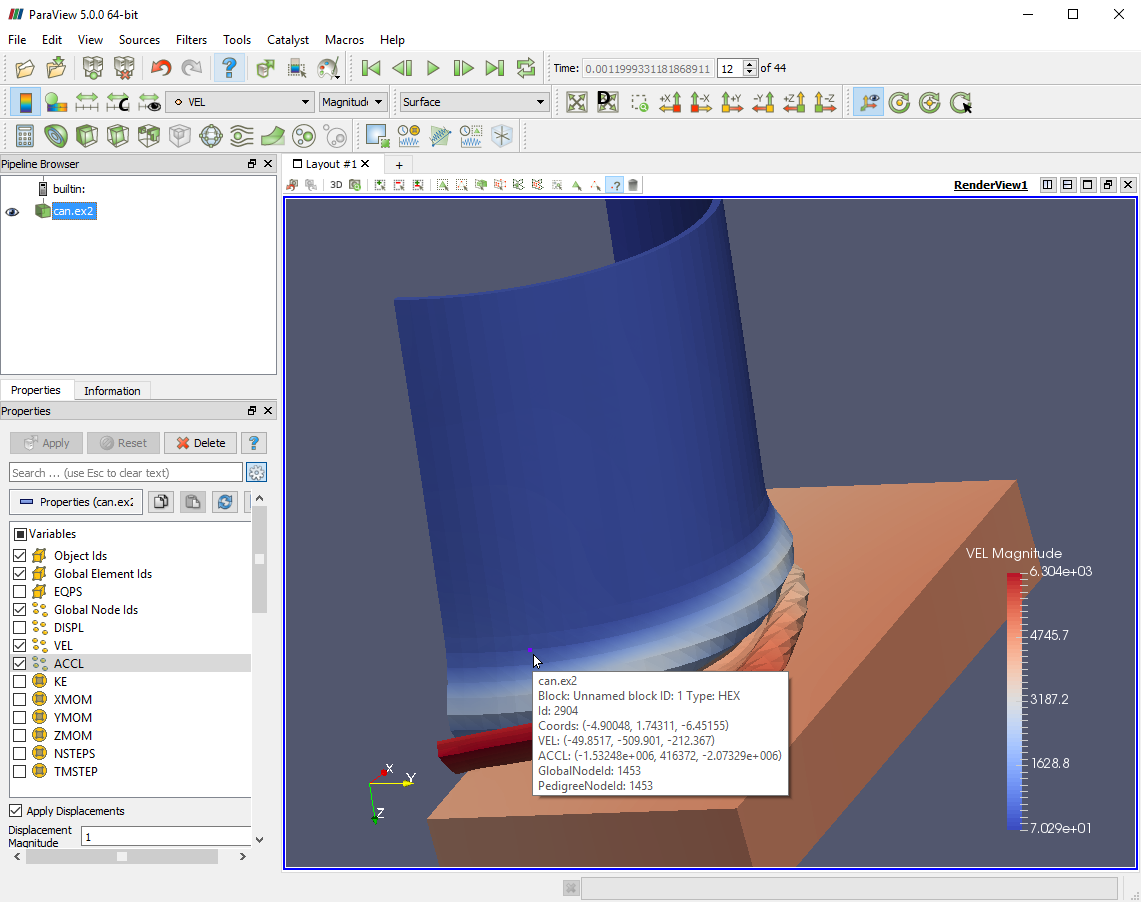 ParaView 5.0 comes with some new buttons in the Render View toolbar, selection modifier buttons. We imported what existing so far in the 2D plot views regarding selections: the capabilty to add, substract and toggle new selection items to the current selection. The image bellow summarize those new buttons that appeared recently in this toolbar.

When changing the selection type, modifiers will reset to default.

Some VTK widgets can be placed in ParaView via picking, using the ‘P’ key. However the point was only constrained to be on the surface of the picked mesh.

It is now possible to constrain it to mesh points only, which can be useful in certain situations. This concern all plane widgets ( eg. Slice and CLip Filter ) which did not add any point picking before, as well as Line widget ( eg. Plot Over Line filter ).

Along the way , a feature to select which point of the line to pick have been added, this allow an easy re-pick (almost like mouse tracking) of one of the two points of the line. 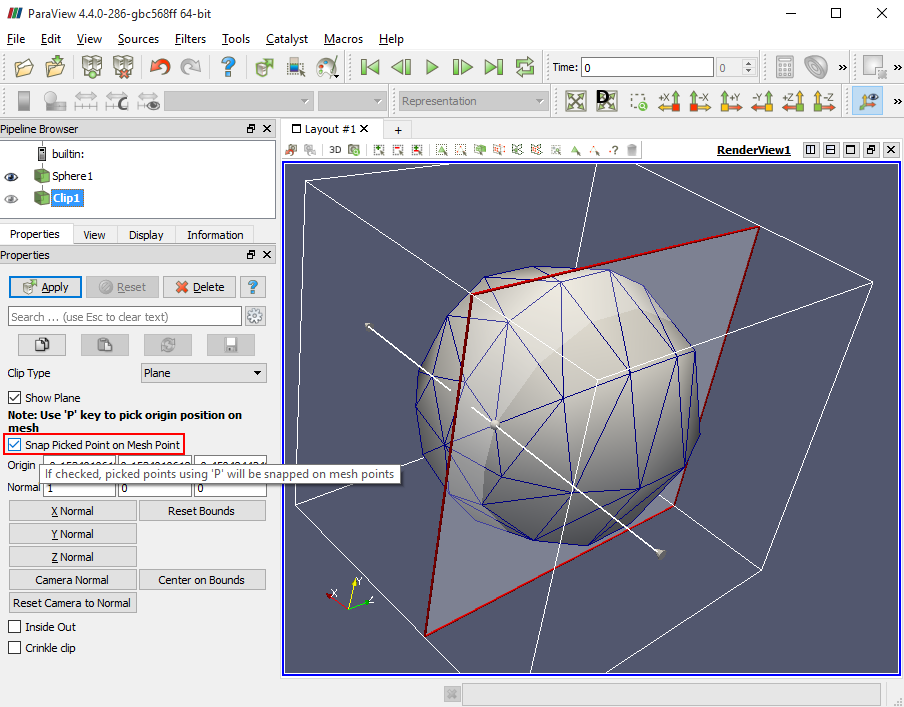 Coordinates are back to plots

In ParaView 4.4, point coordinates inconveniently disappeared from the “Series Parameters” and X Array Name lists of plot filters. Rest assured, they are back in ParaView 5.0!

This feature is available though a new link mode called “Selection Link” in the Link Manager window: 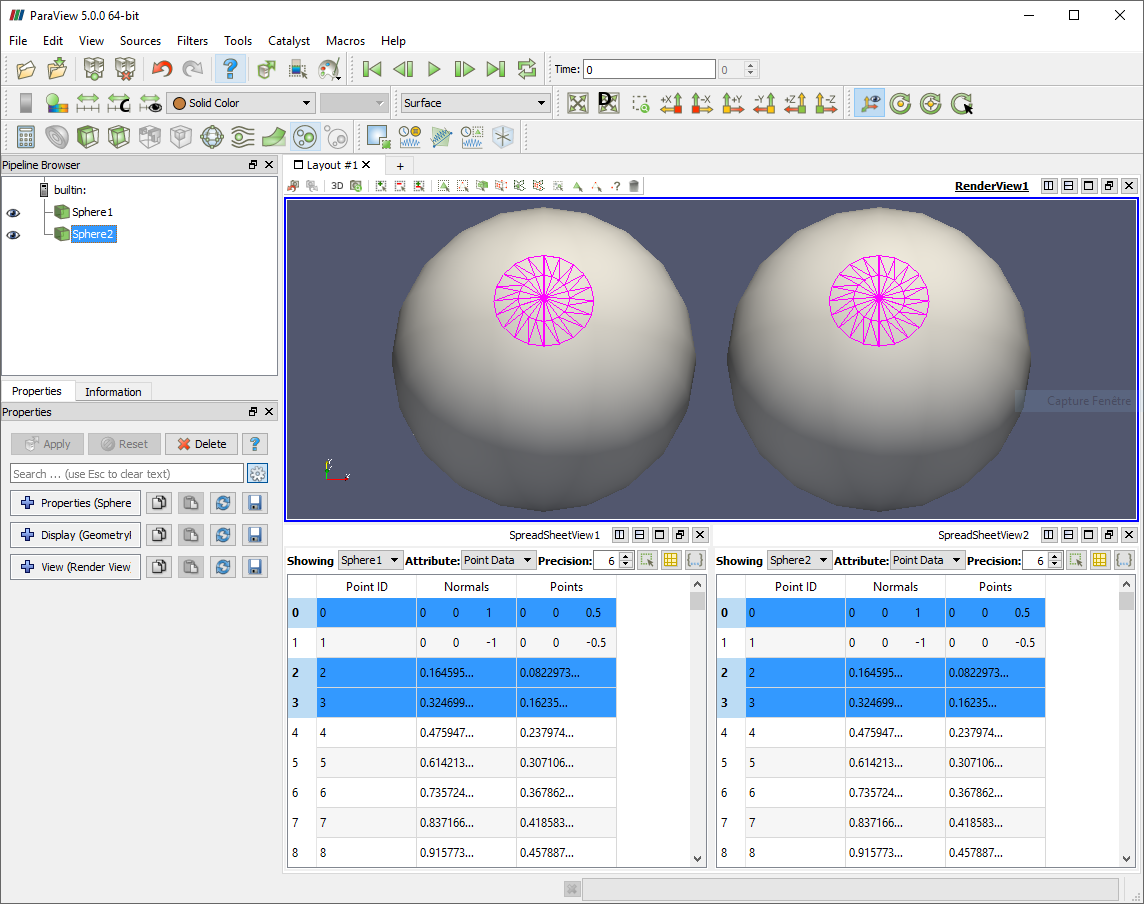 To make life easier again, it is now possible to directly specify cell data for the active attributes to generate glyph (and thus avoid the manual use of the “Cell Centers” filter upstream). In this case, cell center is used as the glyph origin. 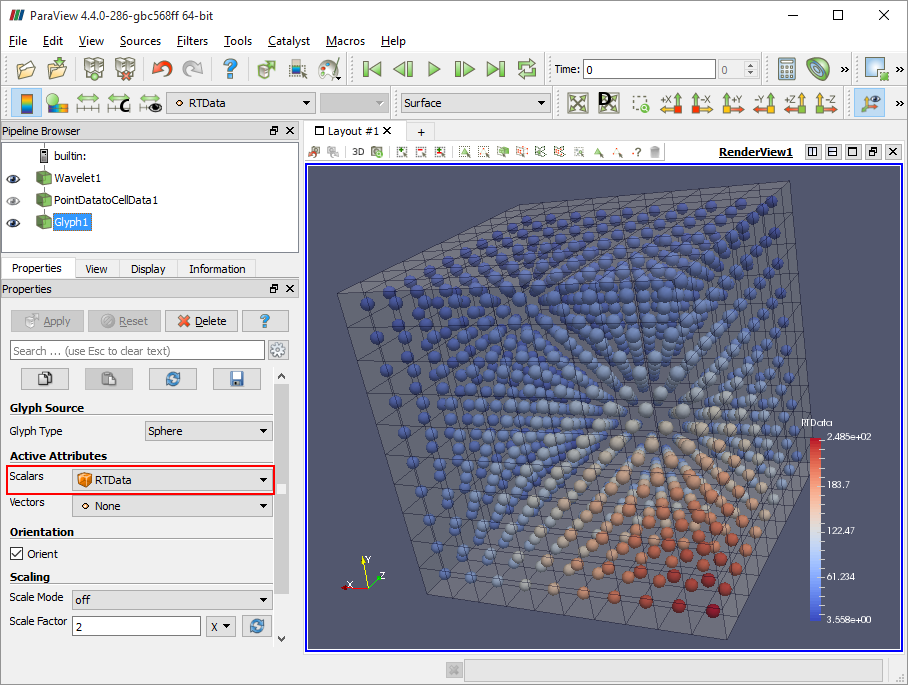 A new filter called “Extract Component” enable the user to easily extract a components from a multi-component array.

Quick-launch dialog allows to quickly (accessible with CMD-SPACE shortcut) add sources/filters to the pipeline by typing just the part of the filter’s name. We have improved the behavior of the dialog to make it even more faster to use:

If one wants a finer control to which user plugin to load on startup, one can use the PV_PLUGIN_CONFIG_FILE environment variable. PV_PLUGIN_CONFIG_FILE can be used to list a set of xml plugin configuration files (separated by colon (:) or semi-colon (;)), which ParaView will parse on startup to load specified plugins. The xml plugin configuration file format looks like this:

We added a feature enabling the user to set a environment variable to specify the paths where ParaView should automatically search for macros at startup. Example:

Most of these new features have been proposed by the development team of SALOME at EDF R&D (France).