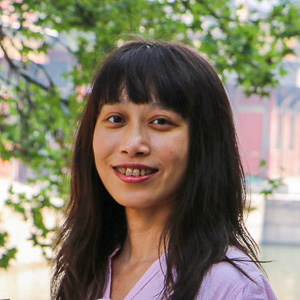 Prior to working at Kitware, Can was an R&D engineer for DGene. She was the lead algorithm developer for a deep learning-based SmartRoto system. SmartRoto aimed to alleviate manual labor for movie post-production by at least 50% using high-quality annotation. Users could select one or more targets with bounding boxes in a video, then output the tracked matte for each frame. She developed a new foreground segmentation network and a background extraction network and proposed an instance segmentation network that improved the segment boundary accuracy.

During her time at DGene, Can also was the team leader for a deep learning-based face reenactment project. She generated a 3D face representation from a 2D image for both the source actor from a single image. Then, the source’s expressions were deformation transferred to enact the target’s 3D face.

Can received her Ph.D. in computer science from the University of Delaware. She received both her master’s and bachelor’s degrees in electrical engineering from Harbin Institute of Technology.

Get to know Can

I first found Kitware when I was working on the MediFor project, and I was inspired by the projects they were working on. I wanted to be on their collaborative and innovative team, continue to create great work, and grow within the company by learning new skills.

I love to work with computer vision because I’m a visual person, I like pictures and paintings. As people say, a picture is worth a thousand words. I love to work with deep learning because I’m a very curious person and I like to understand how things work or why things are the way they are. What can be more interesting than learning how the human brain works? I also like to brainstorm and think out of the box for my concepts. My job can be very challenging at times, but it pushes me and my senses to my full potential.

I’m a big LEGO fan. I have been playing with LEGOs since I was four years old. On weekends, I like to build or design my LEGO city. I design my own architecture modules based on the beautiful architecture I see in the real world. I currently have five ongoing model projects.