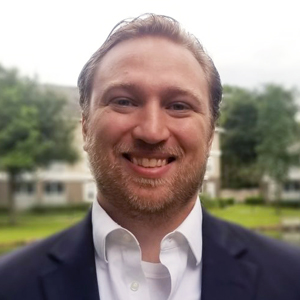 Rodney is one of the world-leading experts on Capsule Neural Networks, having completed his Ph.D. dissertation on the Algorithms and Applications of Novel Capsule Networks. Along with several influential publications, such as creating the first-ever capsule network for semantic segmentation (Capsules for Object Segmentation), in 2019 he co-hosted a tutorial on capsule networks at the Conference on Computer Vision and Pattern Recognition (CVPR). His small object detection research was also published at CVPR in 2018, with the resulting code integrated into a trillion-dollar defense platform.

Prior to joining Kitware, Rodney was a machine learning intern for Aptiv, where he worked to design and prototype a single-shot instance segmentation framework for use in their autonomous driving platform. Before his Aptiv internship, Rodney was a computer vision and machine learning intern for Lockheed Martin (LM) in the special projects division of the advanced research team. There, he was involved with several projects, independent research and development (IRaD) proposals, and white papers in topics including object detection and tracking, time-series prediction, 3D scene understanding, and more. He also independently created a weekly tech talk series that covered deep learning and computer vision topics. The series proved popular and had high attendance rates among engineers across all of LM’s business sectors.

While working on his Ph.D. at the University of Central Florida, Rodney worked with his advisor on several large grants which were successfully funded. The largest of these were two NIH R01 Grants each for over $2.5 million. The first of these was related to explainable AI for pancreatic cancer detection and diagnosis. The second was for human-centered AI for lung cancer detection and diagnosis. They also had several other successful grants ranging from $50K to $1.7M on similar topics related to pancreatic or lung cancer.

For more information about Rodney and the projects he’s worked on, you can visit his personal website.

Get to know Rodney

Kitware is a highly respected company within the computer vision and medical imaging space. Having a background in both standard computer vision and medical imaging applications of deep learning, our interests were well aligned. Additionally, the company structure and opportunity to quickly take on more leadership roles were attractive to me being early in my career.

Discovery drives me. Reading new research in the community, relating those ideas to new concepts, seeing and making connections that no one else has seen yet, driving forward innovations and proving their validity through experimentation and prototyping, and seeing those new discoveries and innovations free my fellow human beings of countless hours of work that can be then be applied to their own strengths and interests in turn.

I have played ice hockey since I was 18 months old. I made it onto NHL draft lists, was drafted into both the OHL and NAHL, played all over the United States in Junior A hockey, then was recruited to play NCAA hockey at St. Olaf. During my Ph.D. I was captain of UCF’s ACHA hockey team.