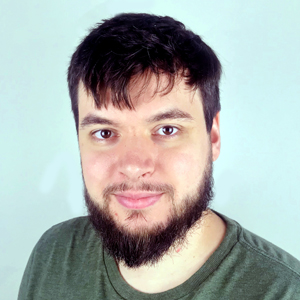 Prior to working at Kitware, Yohann did one gap year doing an internship at SCI Institute in Utah, working in image processing.

At college, Yohann participated in several student activities. He competed, teaming up with Alexis Girault, another Kitware employee, in an entrepreneurship competition in Lyon in 2013: Campus Création. They won the “short term feasibility” award. He also participated in the French cup of robotics in 2014, being in charge of the software part of the robot. More casually, as a trumpet player since a young age, he was playing in the brass band of CPE Lyon: “La cacophonie”, and took wine degustation classes (enology) proposed by his school.

Aside from education, Yohann enjoys reading essays, playing board games, and snowboarding. He also enjoys playing jazz music with his trumpet when he has the occasion.