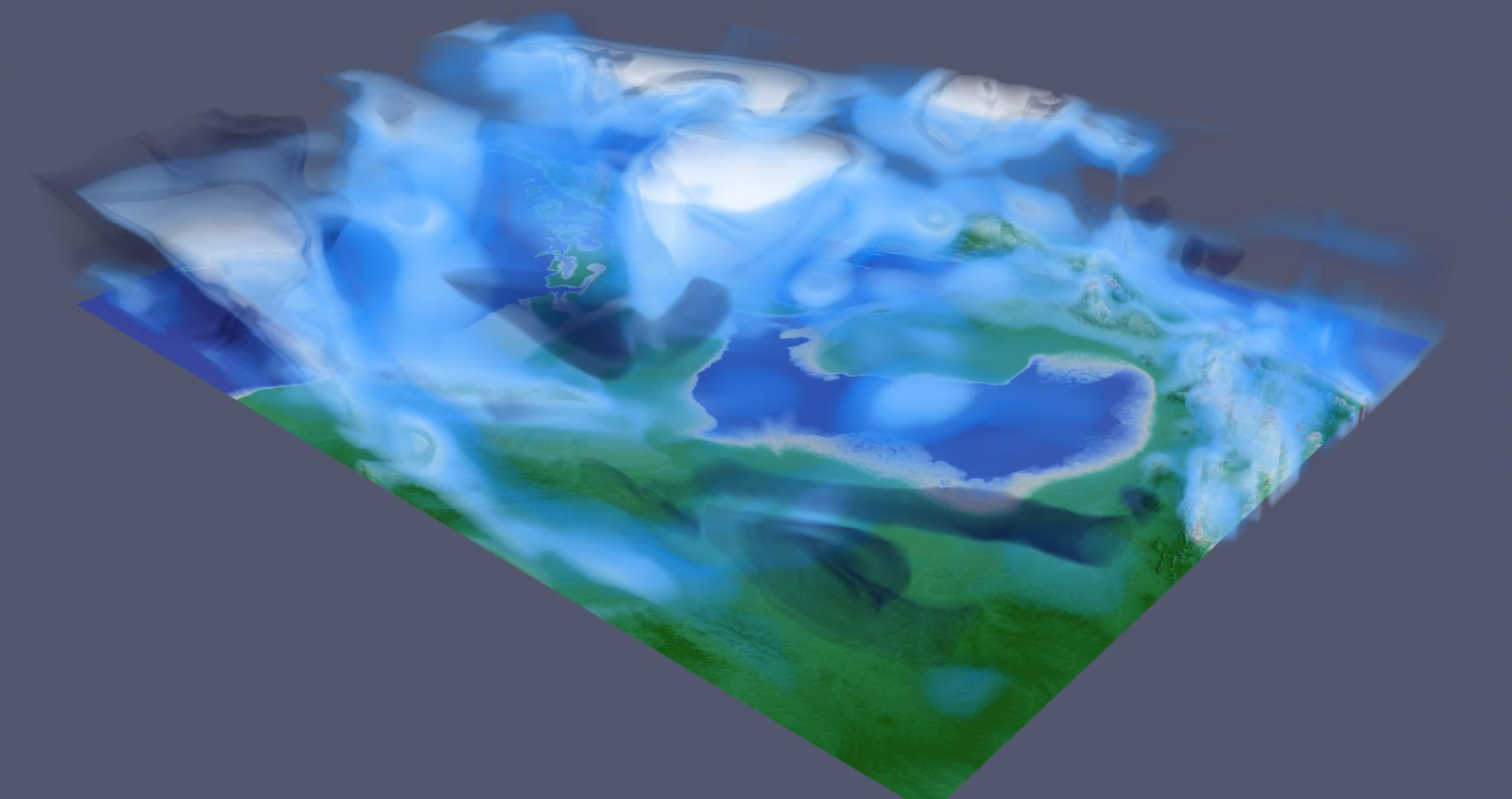 The big difference in ParaView Catalyst for ParaView 5.5 will be how Catalyst Python scripts are generated in the graphical user interface (GUI). With all of the functionality that’s gone into Catalyst, the script generator plugin in the GUI organically grew to the point that we needed to do a full rework to simplify the interface. While the changes in ParaView 5.5 are not radical, they are the first steps toward a much better setup. This setup should be completed in the next release of ParaView.

Another change will enable all the filters that you can use. Previously, if ParaView used the built-in server or a separate pvserver that runs with a single process, only the “serial” filters were made available in the Filters menu. These filters exclude Process Id Scalars and Ghost Cells Generator. While Process Id Scalars and Ghost Cells Generator aren’t normally useful in serial, they will now be available in the Filters menu, in case you want to save a state file, generate a Python script or create a Catalyst Python script that will be used later in a parallel operation.

The next change will affect the naming of Catalyst simulation inputs. Simulation inputs allow the adaptor to build only what Catalyst needs to perform proper in situ processing. An example use case is a Particle-In-Cell simulation, where there are two logical data types: a grid-based data type that is used for continuous, distribution type fields (e.g., an electric field) and a particle-based data type that is used for discrete type fields (e.g., the momentum for each particle). By implementing Catalyst channels, the adaptor will be able to fully provide both the cell-based information and the particle-based information. As a result, when outputting iso-surfaces of the cell-based information, the particle-based information will never need to be constructed. This will save both computation and memory.

An additional change relates to the adaptor. Currently, when the adaptor provides more than a single channel, the Catalyst pipeline needs to identify the appropriate channel, according to the channel input name. As a result, when you construct a Catalyst pipeline through the GUI, you have to specify what inputs were needed by this same channel name. In ParaView 5.5, Catalyst will automatically add the channel name as field information when it gets a dataset from the adaptor. When Catalyst produces a data extract, the GUI will know from which channel that data extract originated. Keep in mind that a pipeline can request datasets for all channels in a combined analysis and visualization. With the change, multiple datasets will be read into the GUI and processed together.

We are continuing to add to and improve the Catalyst examples, which are available in the Examples/Catalyst subdirectory of the source code. These examples have been invaluable for getting started and instrumenting code with Catalyst. They also help to demonstrate Catalyst functionality under different conditions. The following Catalyst examples will be added in ParaView 5.5:

This example shows how multiple channels, or inputs, can be provided by the adaptor. The example is meant to mimic a Particle-In-Cell simulation where there is an underlying Cartesian grid—identified with the “volumetric grid” channel name—and a set of particles stored in a polydata—identified with the “particles” channel name. As discussed above, Catalyst pipelines can output results based on particle information only, volumetric grid information only and/or combined grid inputs. The adaptor only produces the grids that the Catalyst pipelines need at each time step.

With the growth of the Catalyst user base, it’s become even more important for us to improve the production quality of Catalyst through bug fixes and general improvements.

For ParaView 5.5, bug fixes will do the following:

General improvements will do the following:

While you may use a full ParaView build, especially for development work, the Catalyst editions provide you with a slimmed-down library that can be significantly easier to build. Catalyst editions improvements in ParaView 5.5 do the following: