Community: Survival of the Nicest

In this article in Science Magazine, Elizabeth Norton comments on the findings by Seyfarth, Silk, and Cheney on how certain organisms increase their chances of survival by being nice to their peers. 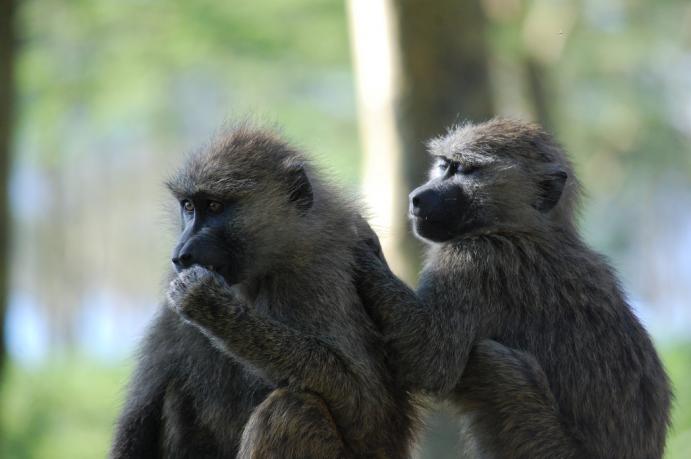 The research paper
“Variations in Personality and Fitness in Wild Female Baboons”
by Robert M. Seyfarth, Joan B. Silk, and Dorothy L. Cheney,
is published online in the Proceedings of the National Academy of Science.

The pragmatic rule: That it is good for your survival to be nice to others,
is particularly true when you live in a society where cooperation increases
your chances of being alive tomorrow.

In this context, Niceness arises not out of a moral imperative but out of
rational and practical self-interest. A concept that today is known as:

This is better understood by thinking about Self-Interest in the long term,
or as Robert Axelrod put it: by considering The Shadow of the Future,
when we make decisions about whether we cooperate with others or not.

This is something that struck the Frenchman Alexis de Tocqueville when
he was writing his observations about Democracy in America in 1836.
In his chapter:

“..and it is held as a truth that man serves himself in serving
his fellow creatures and that his private interest is to do good”

Benjamin Franklin put it in a shorter form as:

“Do Well, by Doing Good”