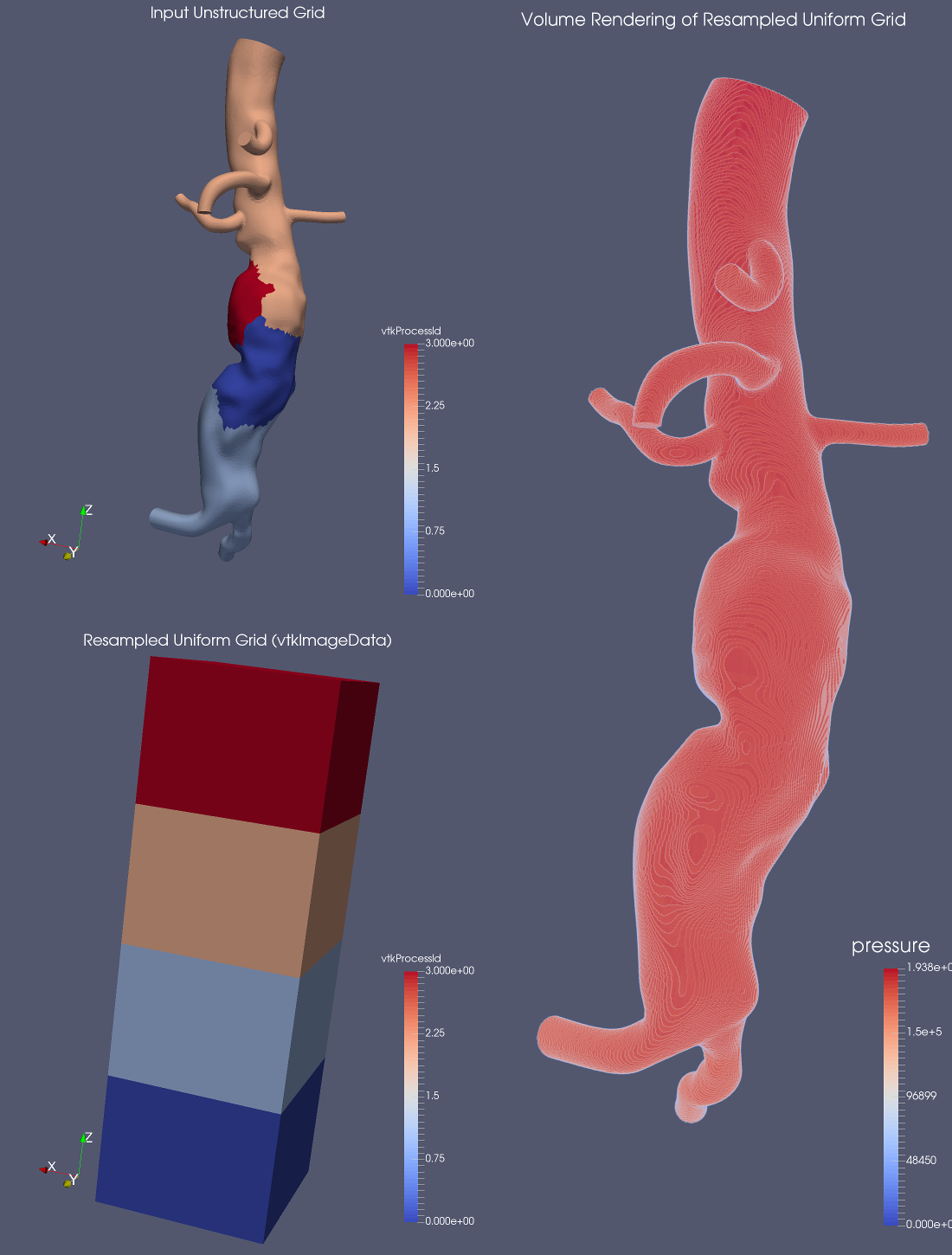 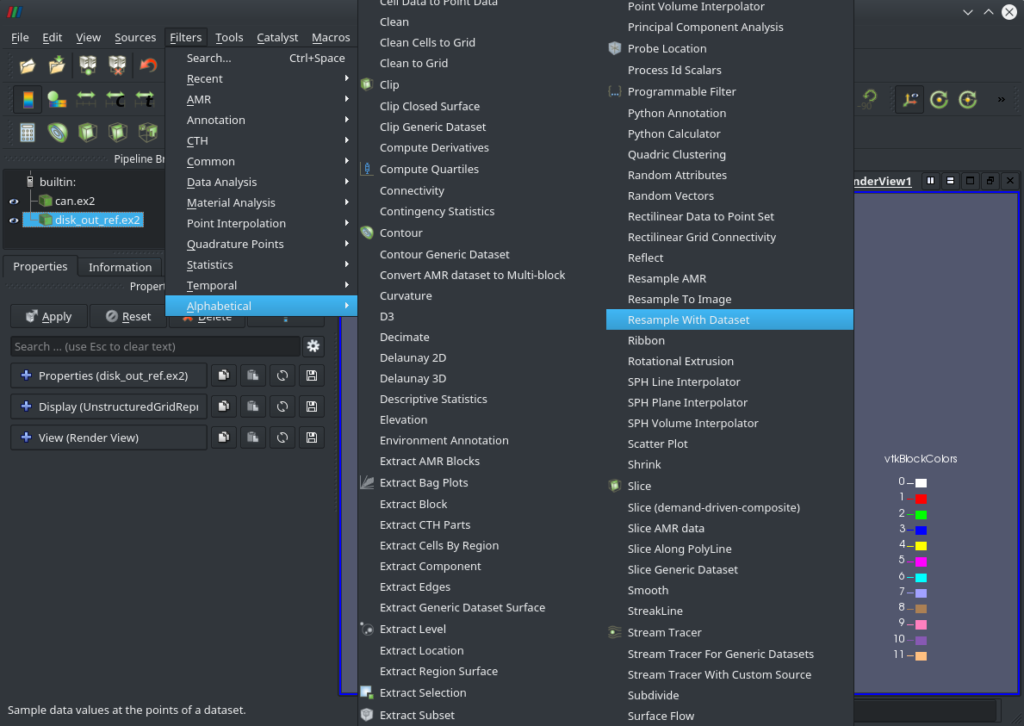 The new filters are implemented using Diy2, a block-parallel library. Diy2 provides an abstraction over Message Passing Interface (MPI). It has built-in facilities for complex communication patterns like neighbor exchange and swap-reduce, and commonly used algorithms such as domain decomposition. Diy2 greatly simplifies the process of implementing parallel programs such as dataset resampling filters.

Following is a brief description of the two filters and their usage in ParaView:

This filter takes two inputs: Input and Source, which can be any DataSet or Composite DataSet type. The filter samples the point and cell data of Input on the points of Source. The output DataSet has the same structure as Source, and its point data contains the resampled values from Input.

Resample With Dataset also works in parallel with distributed datasets. The output dataset will have the same distribution as Source.