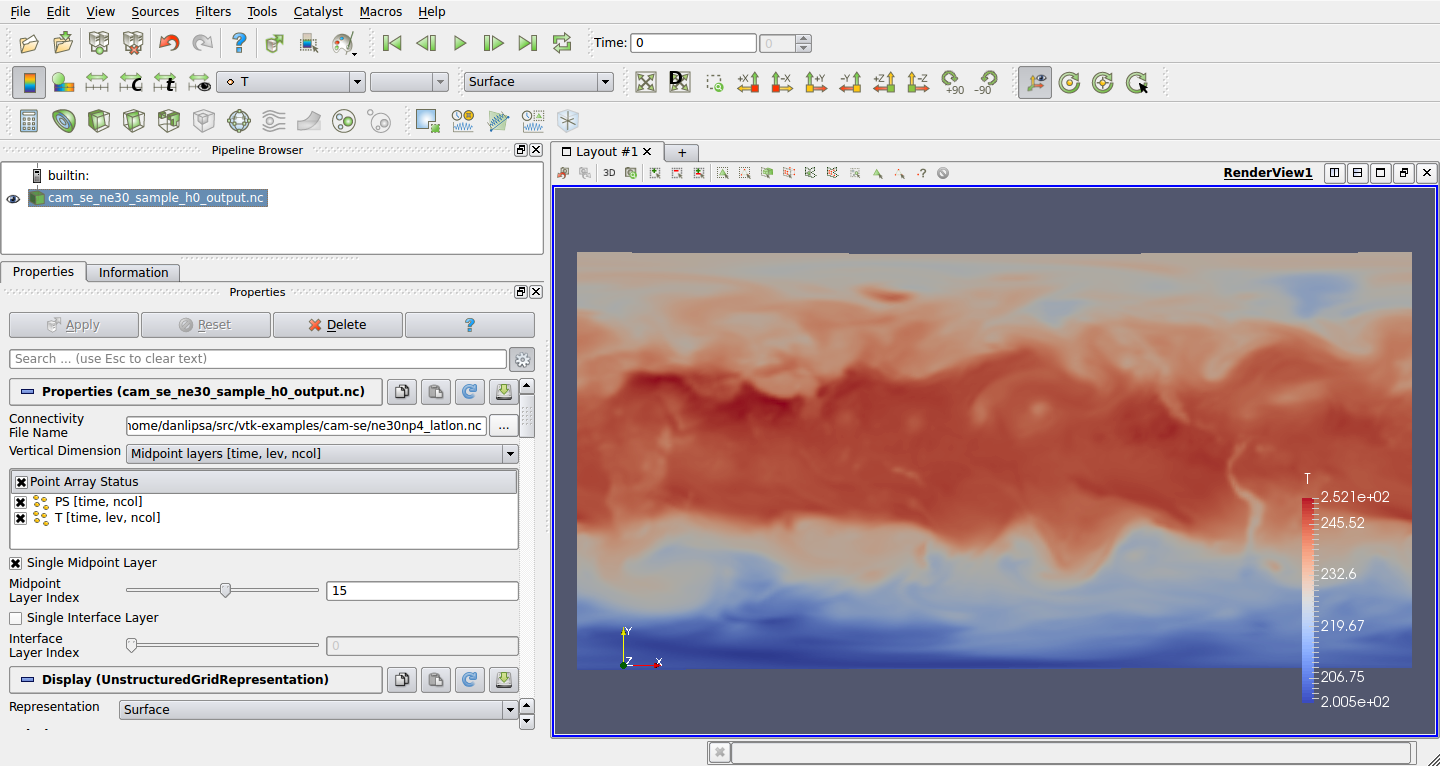 The CAM NetCDF Reader reads in files produced by the Community Atmospheric Model (CAM) simulation program and produces an unstructured grid.
The grid is unstructured in the XY plane but it is rectilinear in the Z direction. This results in layers of hexahedral cells along the Z direction. If we read only one layer we produce quadrilateral cells.

The reader requires two files: the main file has all attributes, the connectivity file has point positions and cell connectivity.

Note that enhancements two and three are added as Advanced Properties in ParaView.

This is a screenshot showing a CAM NetCDF dataset in ParaView. The user shows layer 15 from midpoint layers in the dataset.

Acknowledgement
We thank the U.S. Department of Energy’s (DOE’s) Office of Biological and Environmental Research for supporting this work within the Accelerated Climate Modeling for Energy (ACME) project.