Fugitive – a Git plugin for Vim

Fugitive is a Vim plugin that empowers you to manage many git commands from Vim.

Extract it in the directory:

Go to the directory of your Git repository checkout,
for example, if working on ITK do:

Look at the equivalent of “git blame” by doing

It will produce the following screen: 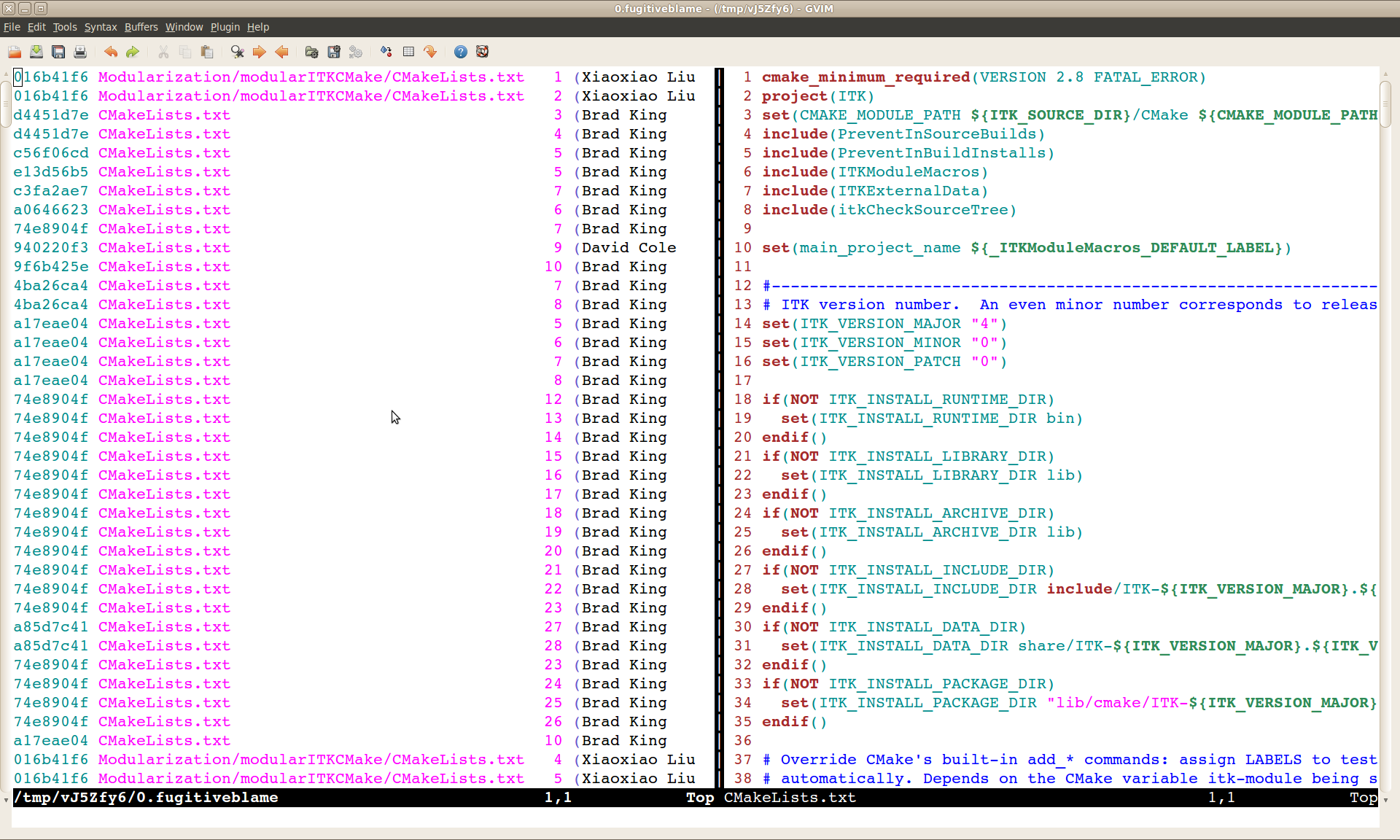 will produce the following screen: 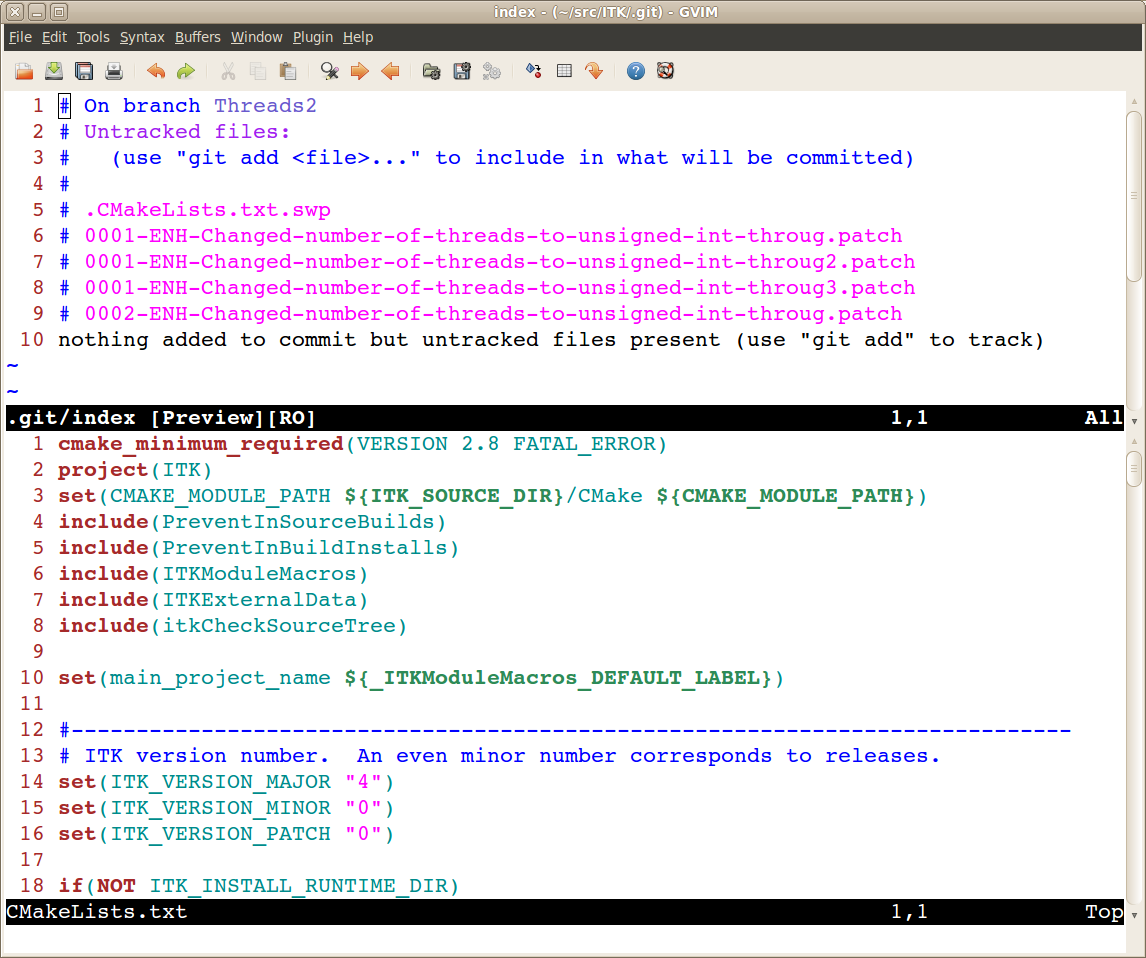 If, you start with simply “gvim” (with an empty file) and use the command:

you get to see first the branch where you are

if you hit ENTER on that line, you get the most recent commit in that branch 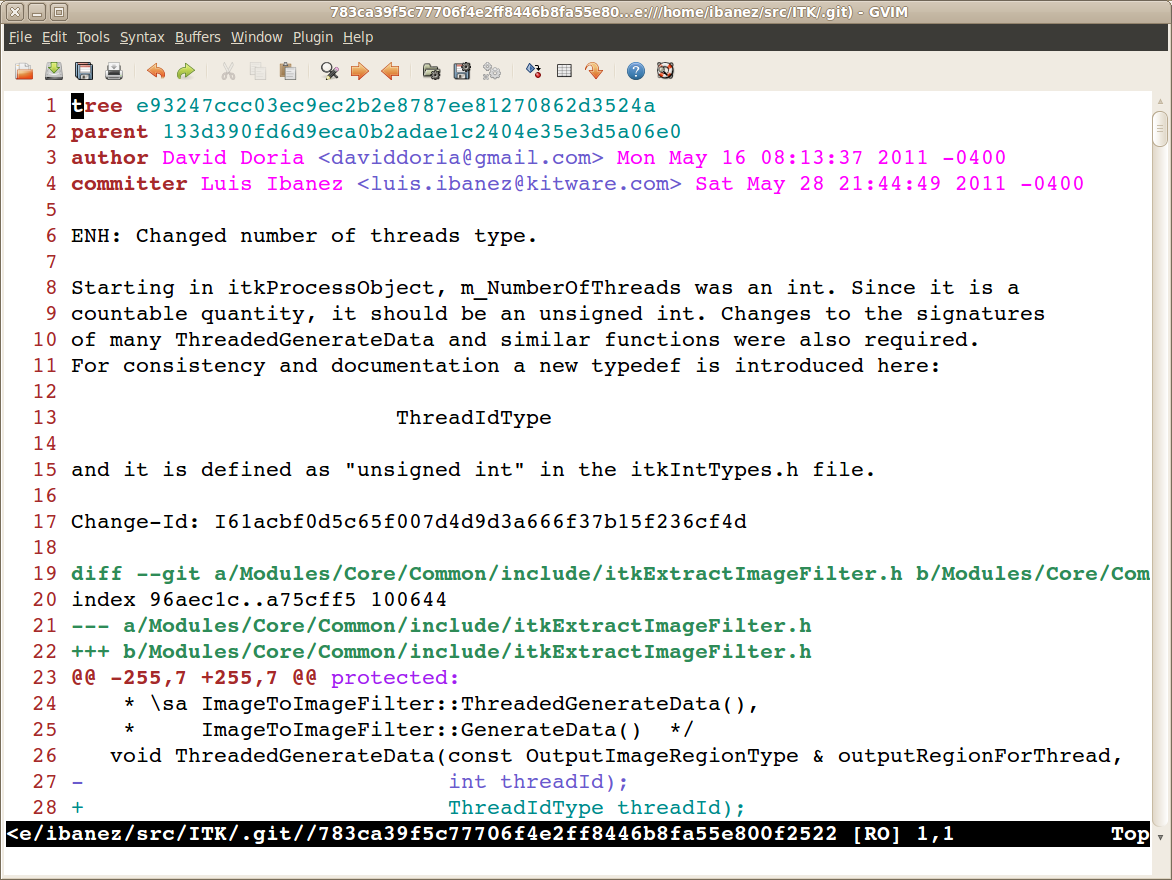 moving now the cursor to one of the “diff” lines in green, and hitting ENTER,
will open the relevant file in diff mode with a vertically split window:

if you use the “:ls” command, you will notice that the files
are actually listed from their respective commits.

If you open a file, make some changes to it, and save those changes,
you can see the git differences by using the command:

You can also run from Vim any git command by using:

it will be equivalent to doing

for example, you could do:

You can grep the content of the repository with the command:

and one of the most beautiful features…

If your remote is in Github, and you open a file in your local repository,
for example:

then from gvim you can type:

You could qualify it by selecting a filename, for example

For a full description of the many features,
read the “fugitive.txt” file that gets installed in

3 comments to Fugitive – a Git plugin for Vim