At Kitware, we celebrated our 15th birthday on March 7, 2013. Being Kitware, we had to have a visualization component to our celebration. The idea actually started as one of the “celebrate some odd day” events that the office admin team does occasionally to keep things fun – we recently had Dip Anything In Chocolate Day (quite tasty), Pi Day (also quite tasty), and Scrabble Day (not edible – but held in conjunction with our regularly scheduled monthly Wing Day, because at Kitware there is always food involved!)

We started out with the idea of celebrating “Art At Work Day,” but we had some doubts about our collective artistic abilities. So, to keep it simple, “fingerprint art” (where you put your fingerprint on a piece of paper, and following some simple example turn it into a bumble bee or a pig) was suggested. Rather than have each employee create their own artwork, we thought it would be fun to do a group project that would represent Kitware as a whole. Ultimately we went with the “tree” concept where each office is represented as its own tree (or sapling, or sprout, as the case may be), and the thumbprints are the leaves. 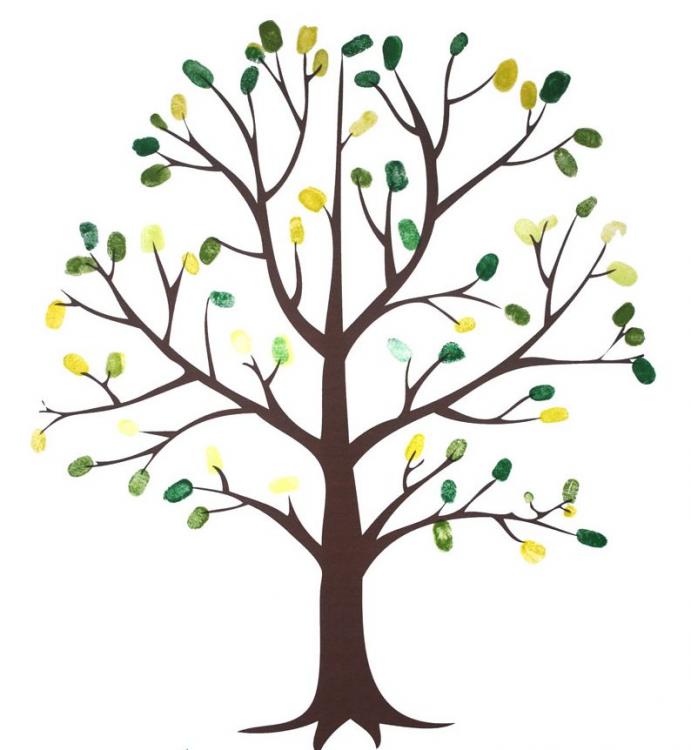 Our biggest tree of course is for our corporate headquarters in Clifton Park, NY, also known as KHQ. This is where it all started fifteen years ago, although we have moved around a bit within Clifton Park. Actually, our first official address was Ken Martin’s home address (and we occasionally run into things that we set up long ago that still have that address), and our meetings were generally held in Will Schroeder’s kitchen while we ate pizza (yes, even back then there was always food at Kitware!). We now have about 90 employees at KHQ and we managed to convince most of them to take part in our finger painting project. However, a few people are starting to get a bit concerned about the motives of the communications group who asked for their signature back in December for our New Year’s card (another “employee visualization” project), then their thumbprints in March! 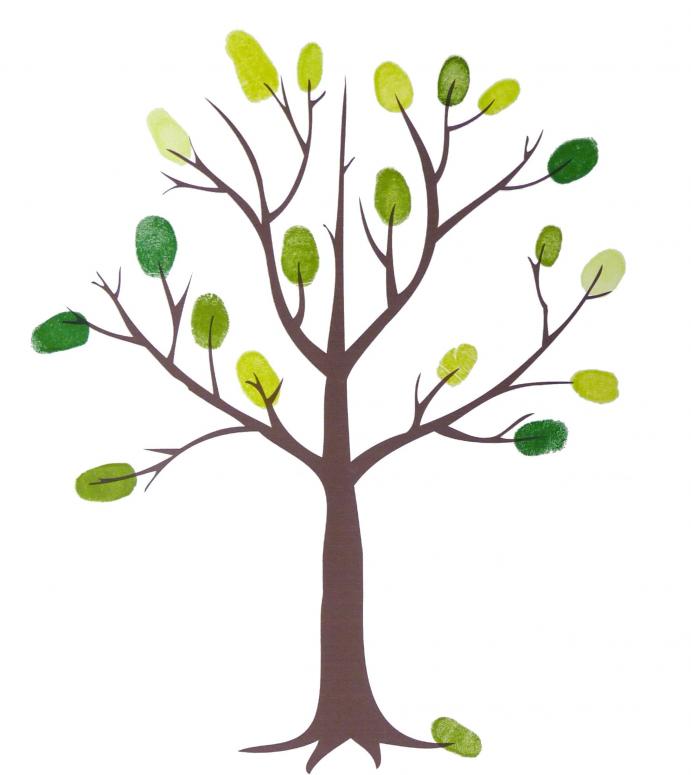 Our second largest tree is for our North Carolina office, also known as KRS. Back in December of 2005 when we opened the KRS office (coinciding with the addition of Stephen Aylward and Julien Jomier who simply refused to relocate to upstate NY!), our Clifton Park office occupied less than a quarter of our current KHQ space. We had a set of offices along the north wall of the building (which we called “Kitware North”), a set of offices along the south wall (which we called “Kitware South”), and an open space between them. To avoid confusion, the term “Kitware Really South” was used to refer to our Carrboro office, and this was eventually shorted to just the three letter acronym, KRS (and starting the tradition of using three letter acronyms to represent each office). We have just over 20 people at KRS and we managed to convince most of them to make their mark on the tree (I guess they are a bit more trusting than the KHQ crowd!), although one person just had to be different and place his leaf on the ground instead of on the tree. 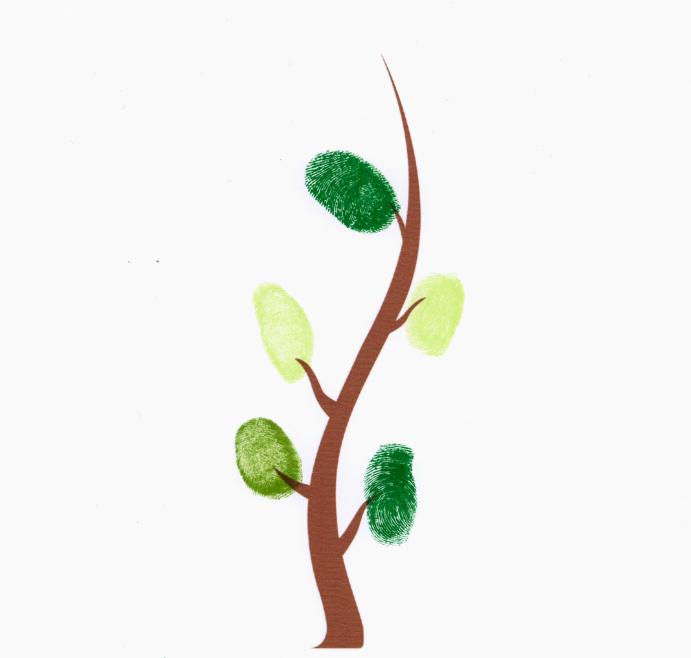 In November 2010 we opened a European office in Lyon, France, which is led by Julien Jomier (if we were animating this visualization project then we’d see a leaf fly off our KRS tree, float across the ocean, land in Lyon, and begin to sprout). Keeping up with the three letter naming convention, this office is internally referred to as KEU. Julien has done a great job in keeping the Kitware food tradition going, although since they are French, they are not satisfied with wings and bagels and instead tend to have wine and cheese. KEU had 100% participation in our thumbprint project, and it will be great to see how their sapling progresses in the coming years. 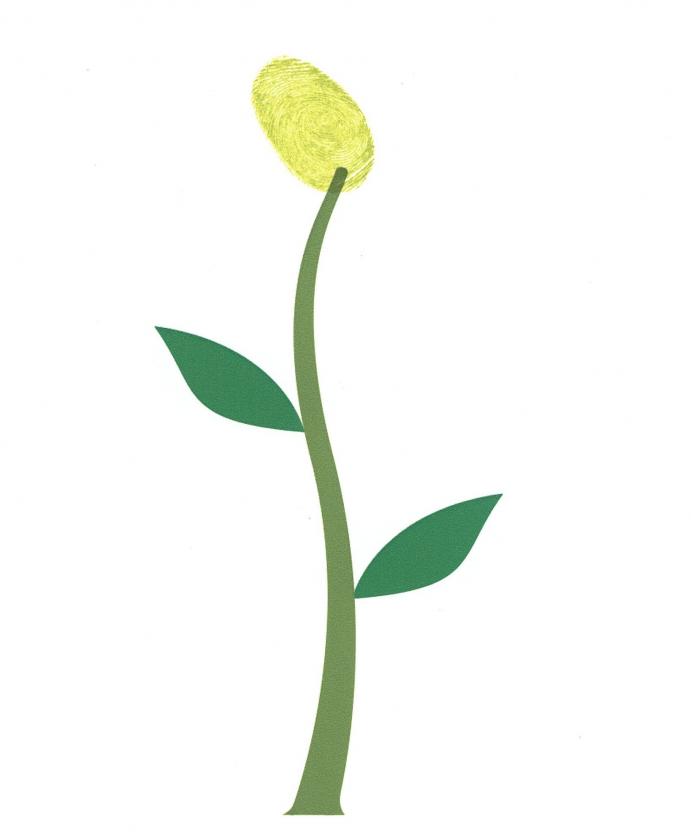 Our newest addition is our office in Sante Fe, New Mexico which opened just last summer. We refer to this office as KSW for “Kitware Southwest”. Currently Patrick O’Leary is quite lonely at KSW, but we are working hard to get him some company. If you know folks who are looking for a job in scientific computing, tell them to visit jobs.kitware.com to view our open positions because this sprout really needs to grow!

We’ll check back in with our “Kitware Forest” in a few years to see how our trees are growing (and if we’ve sprouted any new ones!) Before that, don’t be surprised if you see perhaps some Kitware Caterpillars adorning a future blog post!