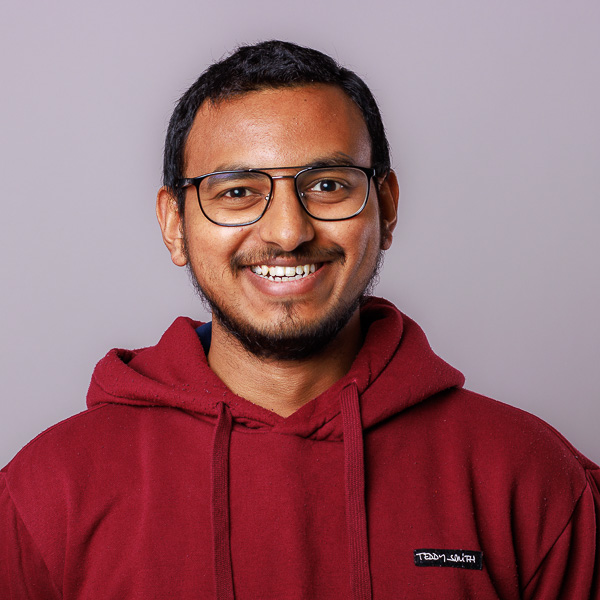 Jaswant Panchumarti is an R&D engineer on Kitware’s Scientific Computing Team located in Clifton Park, New York. He will be contributing to enhancing the general user and developer experience of Kitware’s open source platforms, VTK and ParaView. He is also currently focusing on expanding the solid modeling capabilities of VTK by improving the precision, resource efficiency, and stability of computational geometry strategies.

Prior to joining Kitware, Jaswant was a project associate at ITER in France where he contributed to developing the Integrated Modeling & Analysis Suite (IMAS) infrastructure. He helped improve performance and extend functionality to support the development of magnetic fusion physics workflows. He also implemented plugins to ParaView that visualize the results of magnetic fusion modeling codes like B2.5 and EIRENE from Generic Grid Description (GGD) representations stored in IMAS data structures.

In addition to his work at ITER, Jaswant designed and implemented a camera orientation widget for VTK. Both Kitware and the user community were very welcoming to the addition of his widget and it soon started to appear in some of the visually stunning PBR examples for VTK.

Jaswant received a master’s degree in physics from the National Institute Of Technology in Surat, India in 2020. As part of his master’s thesis, he implemented a contour-aligned Delaunay triangulator that generates 2D unstructured meshes required to study the scrape-of-layer in magnetic fusion simulations. The entire mesh generation workflow was based on the ParaView plugin ecosystem.

Get to know Jaswant

I found that Kitware operates in a manner that matches its employees’ enthusiasm and passion. I wanted to be part of a group that makes it big in the open source software world, and Kitware is precisely that.

I like to step back and look at the bigger picture to see how various little software pieces fit together.

I love cycling, game engines, and flight simulators. I also enjoy long motorcycle trips. In my first long-distance trip, I traveled 1,000 km in one day from Marseille, France to Frankfurt, Germany in November 2021 on a Royal Enfield Himalayan. It was a therapeutic experience and I look forward to traveling the beautiful landscapes and roads of Europe once again.