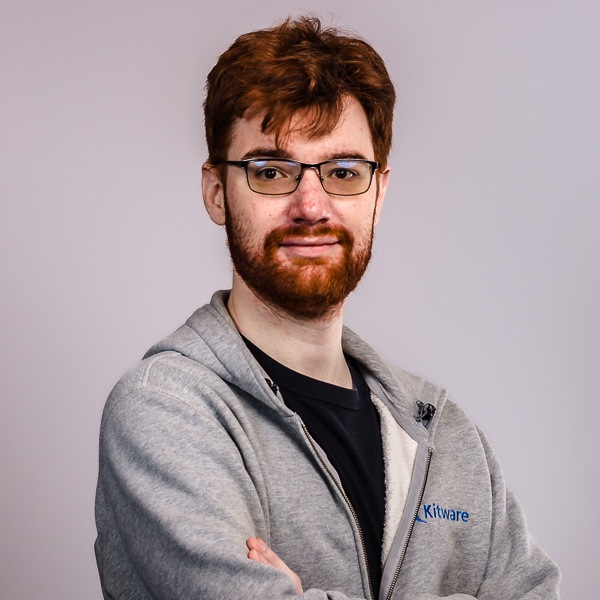 In addition to his research, Jon has made significant contributions to a number of successful proposals valued at $2M. His involvement includes proposal data fusion and temporally aware classification decisions. The most recent of these proposals is IARPA SMART.

Jon is also a member of Kitware’s internal consulting group for AI. The purpose of this group is to help increase AI use and understanding across the company.

Shortly after receiving his Ph.D. in 2017, Jon placed 10th in the international TopCoder Urban 3D Challenge that was sponsored by the United States Special Operations Command (USSOCOM) and NASA. In this challenge, he had to compete against 53 other contestants to use satellite imagery and 3D height data software to improve automated building detection and labeling. He was the only U.S. citizen to place in the top 20.

Prior to joining Kitware full-time, Jon interned with Kitware’s CV Team. He helped expand the unit-testing suite for CV projects and also worked as an annotator. In fact, Jon’s annotation work led to him making improvements to the software he was using.

While Jon was working on his Ph.D., he served as the lead image-analysis developer for the Wildbook project (formerly the Image Based Ecological Information System — IBEIS). His work on this project was adopted by multiple research teams around the world and led to six publications.

Get to know Jon

The flexibility and agency granted to employees.

Deep learning has the potential to universally improve quality of life and help mitigate the inevitable consequences of climate change. I’m driven to do whatever small part I can to advance scientific understanding for the betterment of humankind. This is well-aligned with Kitware’s mission statement.

I like to play my guitar and video games. I also enjoy spending time with my dogs.