Kitware’s Luis Ibáñez received two vxJourney VistA Webinar Awards during the recent 2013 VISTA Expo & Symposium in Seattle, WA. These awards were in the Record Hours Watched and the Best Webinar – Community Choice categories, and were for his webinar presented earlier in the year entitled “GT.M interface to NodeJS.”

The Record Hours Watched award is granted to the webinar that is watched the most times out of those submitted to the symposium, while the Best Webinar – Community Choice award is based on a vote among members of the VistA community.

In this webinar, Dr. Ibáñez describes the work Rob Tweed and David Wicksell have been doing to integrate Node.js with GT.M, thus providing a server-side Javascript interface into the M database and language. This is important given that there are hundreds of healthcare applications representing millions of lines of code written in M, yet there are only a small (and decreasing) number of developers proficient in M. By providing a more modern Node.js interface into M, the community can attract some of the hundreds of thousands of Javascript developers into this area.  This new interface is being used in Database and Web Development classes at the State University of New York in Albany to attract the next generation of developers into healthcare application development.

Dr. Ibáñez is a Technical Leader at Kitware, and is closely involved in the development of open source software for medical imaging applications, in particular, working with the Insight Toolkit (ITK). He is also the Director of Science and IP at the Open Source EHR Agent (OSEHRA). 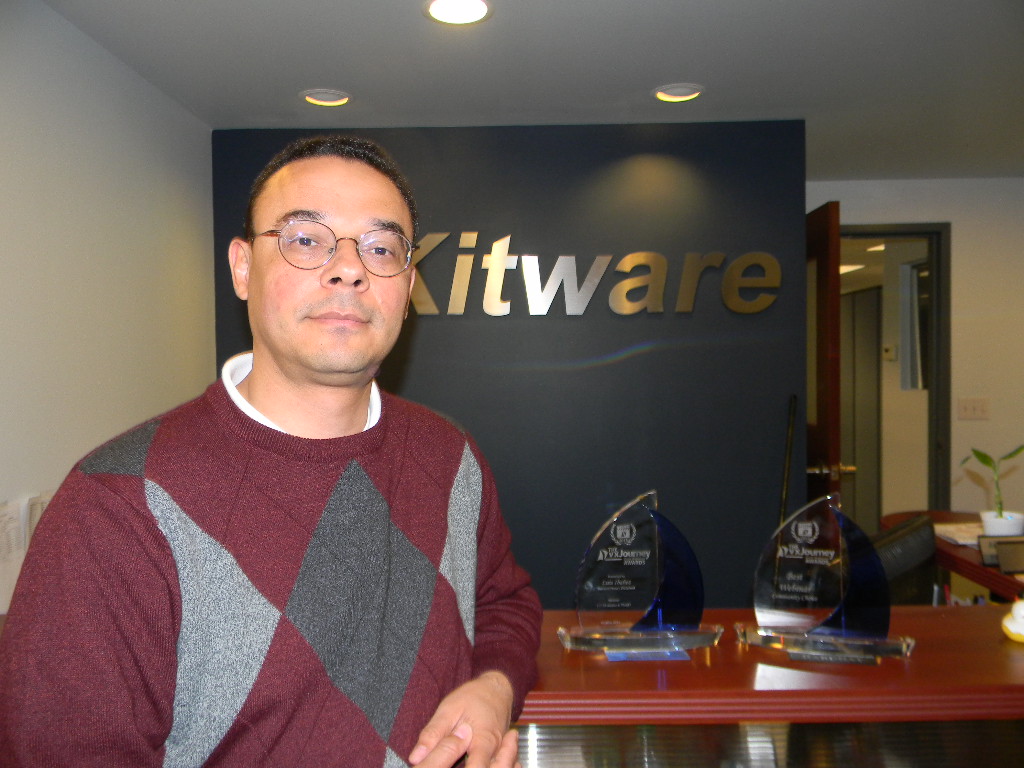