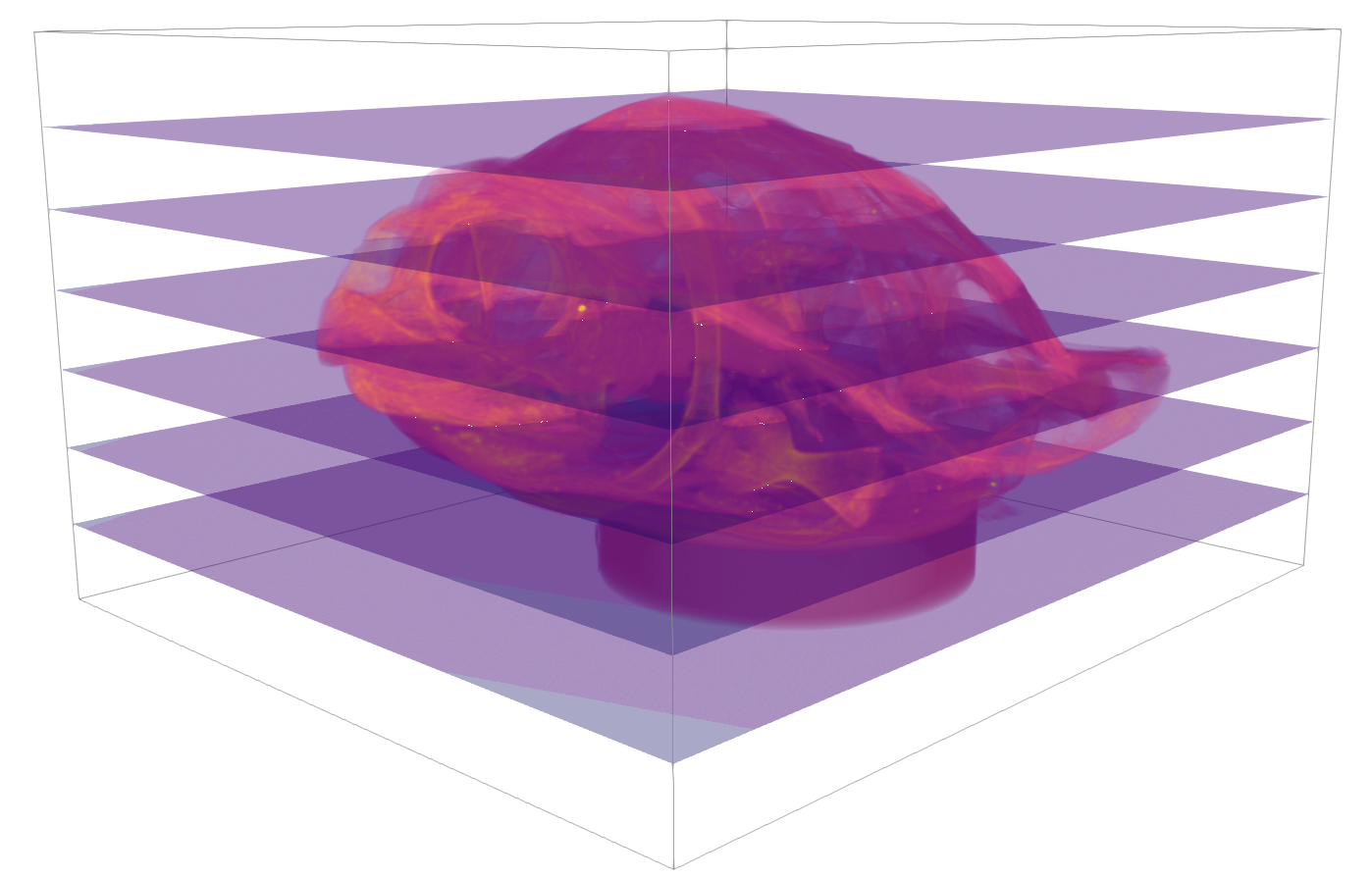 One major feature of Tomviz is to display and transform volumetric tomographic materials data. It can read volumes from a wide variety of file formats (TIFF, EMD, MRC, NumPy, Matlab to name a few), but a common need among our users is to create 3D volumes by opening a stack of 2D images in a sequence that is encoded in the file names of the individual slices.

Opening multiple files can be done with a standard file dialog, but this approach has several drawbacks, the most critical of which is a potential crash when creating a volume by opening images with inconsistent sizes. Loading data is one of the first things that a new user wants to do, and to provide the best user experience we added a new a dialog dedicated to opening stacks of TIFF files in Tomviz 1.4. 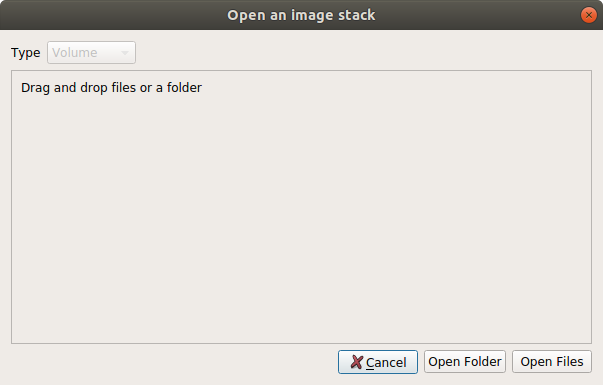 Once the user has made their selection the dialog analyzes the individual images to ensure that their sizes are consistent. If an image size doesn’t match it is excluded from the generation of the volume, and the offending image is flagged as shown below. The dialog also offers the ability to remove images from the stack. 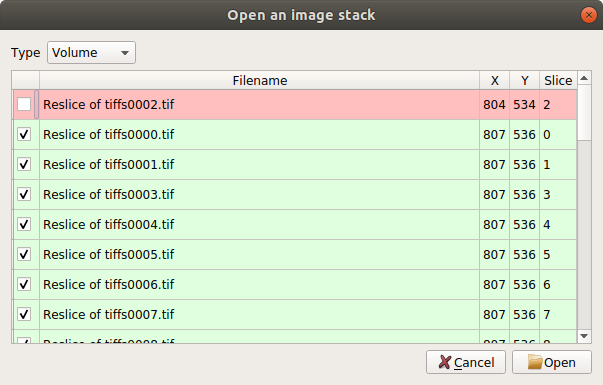 The  dialog scans the individual file names and guesses the order of the images, using some common naming conventions that have been provided by users. The dialog is also able to determine if an image stack is a tilt series, and extract tilt angles from the file names. These angles will be shown once the tilt series is loaded, and can be used as part of the reconstruction process. 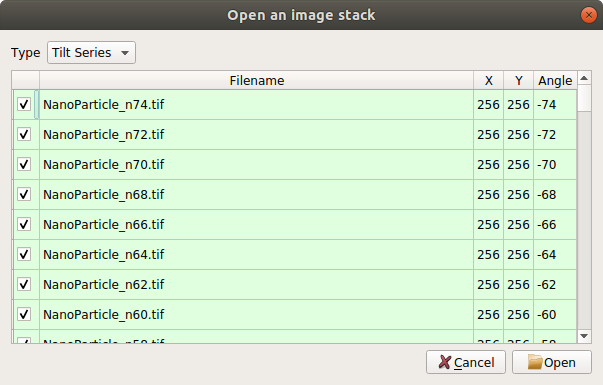 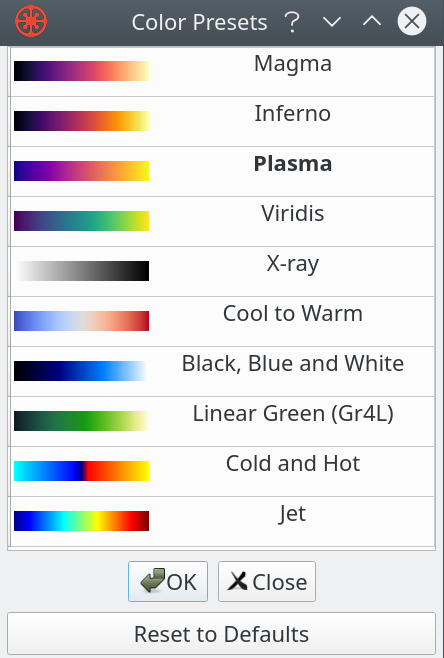