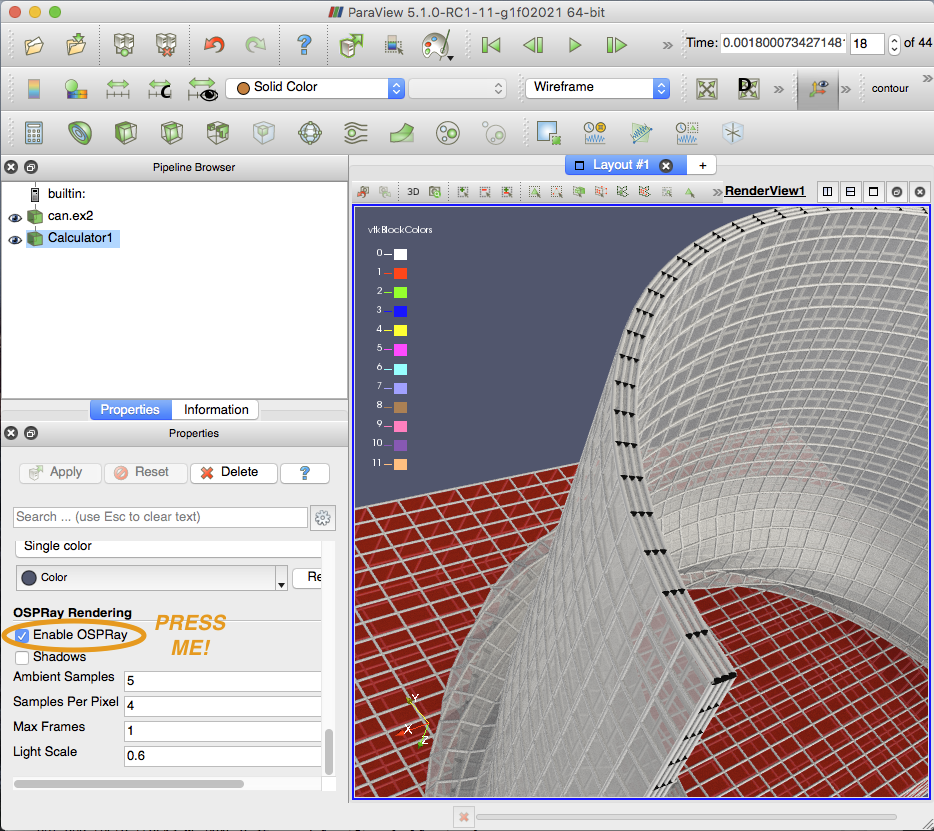 ParaView 5.1.0 is now available for download. A complete list of issues addressed by this release is available on the bug tracer. Some of the major highlights of this release are as follows:

ParaView now comes with a built in ray traced rendering capability. Hit the Enable OSPRay checkbox at the bottom of the Properties tab to switch back and forth between OpenGL rasterization and Intel® OSPRay ray tracing. The new capability improves upon LANL’s earlier pvManta plugin and TACC’s pvOSPRay plugin in that it is easier to use (no really – just hit the button), is more compliant with VTK’s full complement of drawing and coloring modes, is better tested, and is available on Linux, Mac and Windows operating systems. Like its predecessors the new interface draws implicit spheres and cylinders for points and lines but these can now be scaled individually by point aligned scalar values. This is especially effective when used in concert with ambient occlusion shading. The renderer is quite fast because it is optimized to put the parallel capabilities of modern CPUs to use. Being a ray tracer it naturally exhibits frame rates upon camera motion that are largely insensitive to geometric complexity for ray cast quality rendering.

New in this release is a collection of filters under the “Point Interpolation” category that can be used to interpolate point clouds to various types of meshes such as a line, a plane or a regular volume. A wide array of interpolation kernels are supported including Voronoi, Shepard and SPH (smoothed particle hydrodynamics). 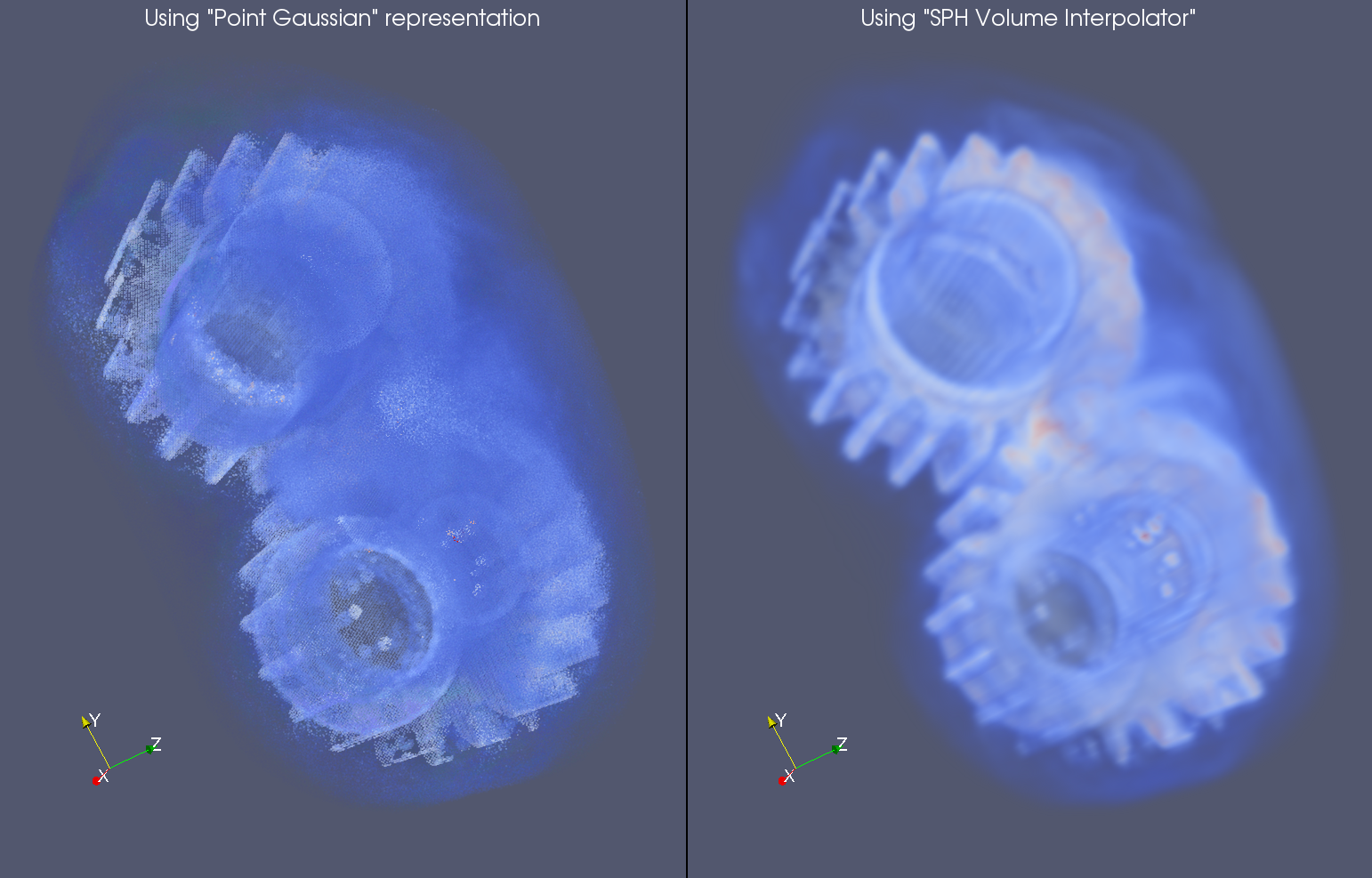 The zero-copy infrastructure to pass data arrays with arbitrary memory layouts to Catalyst has been refactored to minimize runtime overhead when accessing such arrays in filters. This new mechanism is called “generic arrays”. For those interested in knowing more, please refer to this page.

This new feature allows users to render picture-in-picture visualizations, where contents from one view can be shown in another view within an interactable box. To use this, simply use the same mechanism as linking cameras between two views, just make sure you check the Interactive View Link checkbox. 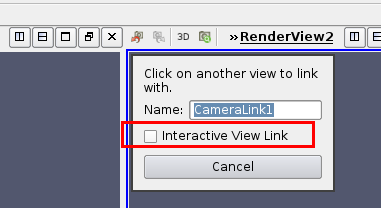 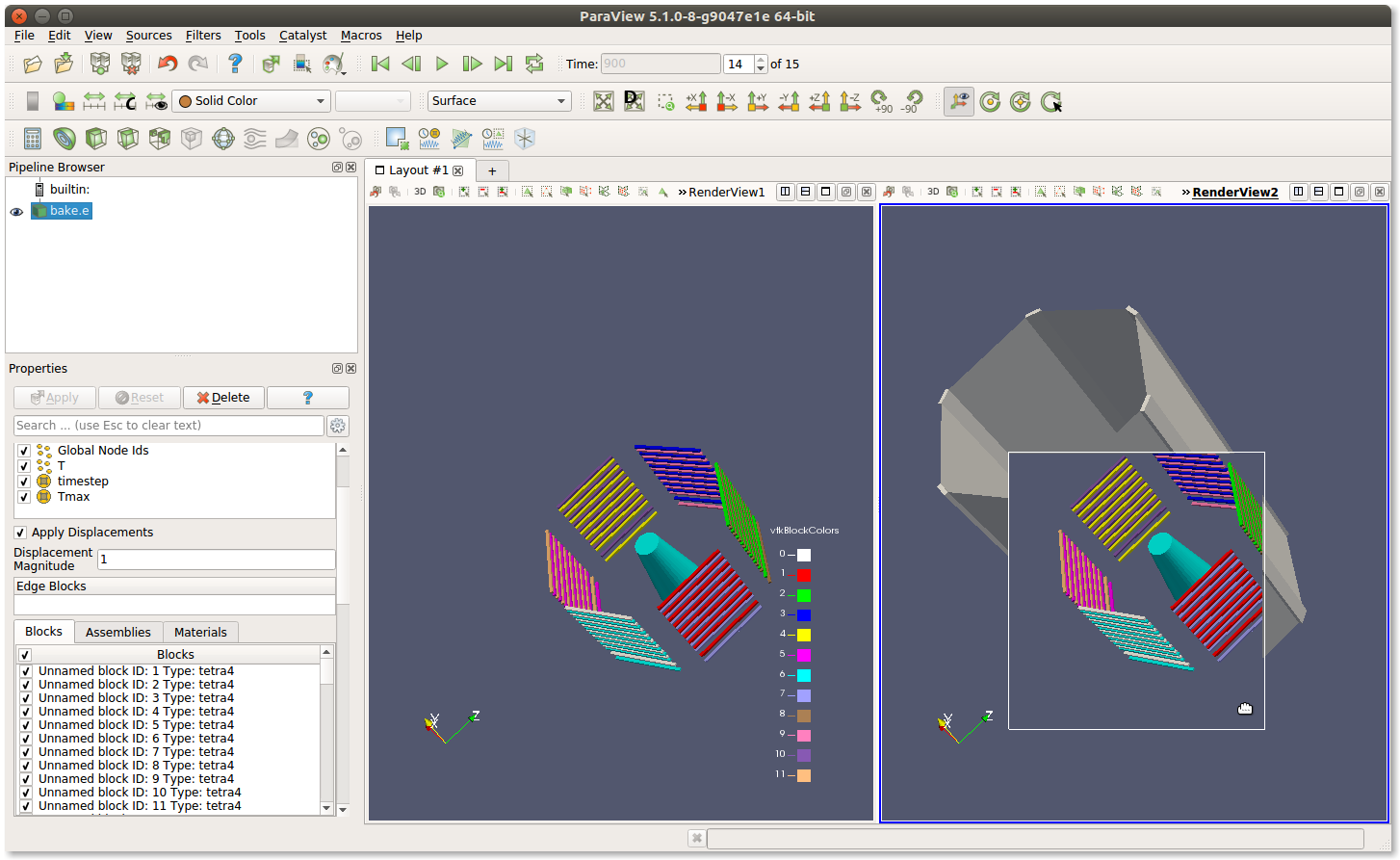 For large unstructured grids, it is often faster to resample the whole unstructured grid to a regular grid and then use that for doing operations like contouring, volume rendering, etc. This release includes a new Resample to Image filter that can do this resampling to image operation efficiently, even when data is distributed among several ranks. Under the covers, this filter uses DIY2, a parallel block-parallel library for implementing scalable algorithms.

On starting ParaView, users will now be greeted with a welcome screen that offers quick links to resources that are helpful for getting started with ParaView. This includes links to a new brief two-page Getting Started Guide and an example visualizations dialog.

As with any release, several little tweaks have gone into this release to improve Catalyst. Including

Here are some of the nifty little features that went in this release:

Remember to peruse the major API changes page for changes that could potentially affect your ParaView based applications and plugins. For Python API changes, refer to this page.

This will be the very last release with pqProxyPanel and subclasses (for real this time). This release already prints out a visible warning message as soon as such a panel is encountered.