ParaView 4.4 is now available for download. Among its features, the release offers several brand new color maps, as well as axes annotation with Axes Grid. The release also includes color improvements and selection enhancements with support for interactive selecting and labeling. For additional information, please refer to the release notes on ParaView’s website.

ParaView 4.4 is the last major release in the ParaView 4 series. The release implements the traditional rendering code used in past releases of ParaView. ParaView 4.4 will be followed by version 5.0, which will leverage a completely refactored rendering pipeline that is designed for modern rendering platforms and graphics cards. The release will also provide significant performance improvements.

To download the latest version of ParaView, please visit http://www.paraview.org/download. 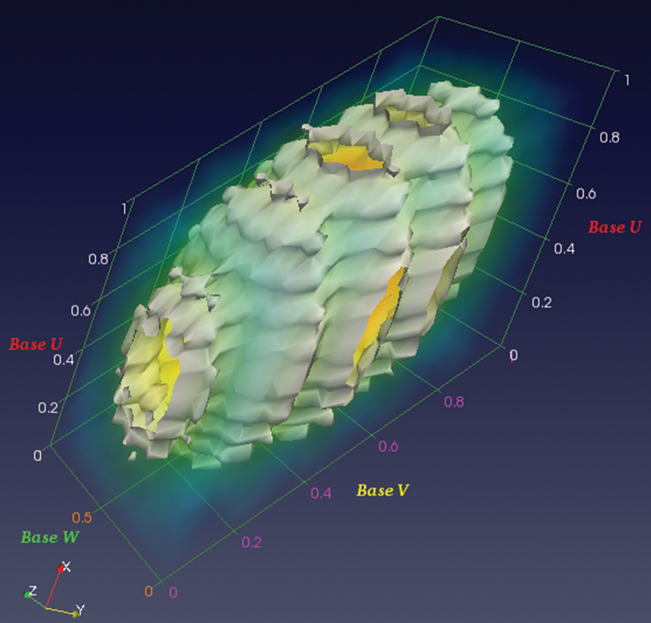 Axes Grid annotates the coordinate axes in three-dimensional views, including for cases where a change of basis matrix is provided.

The Visualization Toolkit (VTK) development team is pleased to introduce VTK 6.3. Version 6.3 marks a transition point for VTK, after which development will focus on the new capabilities expected in version 7.0. 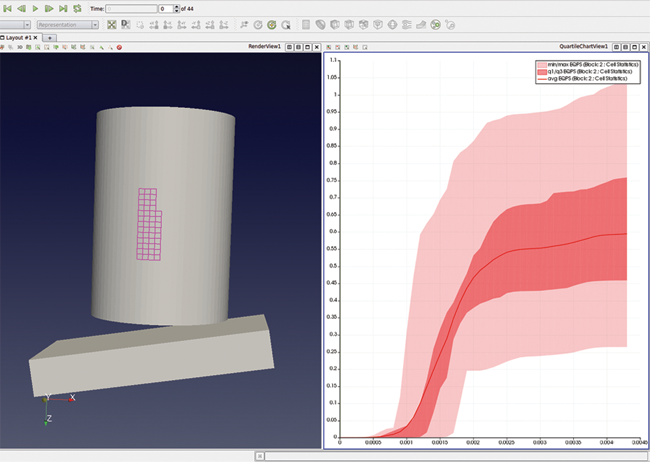 The vtkPlotArea class draws an area plot, which renders a filled region between designated ymin and ymax arrays.

In terms of compatibility, VTK 6.3 has support for Microsoft Visual C++ (MSVC) 2013 and 2015. Note that the minimum required compiler versions are GNU Compiler Collection (GCC) 4.1 and Visual Studio 2008. Also be aware that VTK’s treatment of ghost levels (for distributed-memory parallel processing) and blanking have changed significantly in this release. Kitware’s eXtensible Markup Language (XML) data file formats too have changed to support the new structure.

What is more, VTK’s text rendering continues to mature. Now, text rendering respects the dots per inch (DPI) of the vtkWindow, and vtkAxis respects the TileScale setting of vtkWindow. Additionally, text annotations may be attached to edges in a mesh, and the deprecated RenderingFreeTypeOpenGL module has been removed. The functionality of this module has been replaced by the vtkTextRenderer and vtkTextMapper classes.

Parallelism also remains a focus for VTK development. There is a new multithreaded and higher-performing vtkGaussianSplatter splatter class for converting point clouds into volumetric data sets and an OpenMP backend for vtkSMPTools-based multithreaded filters. vtkSampleFunction is now multithreaded, and the PLOT3D reader has a message passing interface-input/output (MPI-I/O) backend. In addition, the AcceleratorPiston and AcceleratorDax modules have been deprecated in preparation for the unification of Data Analysis Expressions (DAX), Piston, and Extreme-scale Analysis and Visualization Library (EAVL) into VTK-m.

Furthermore, work advances on the OpenGL2 rendering backend in VTK 6.3. The improved capabilities of the new backend include support for OpenGL 3.2, geometry shaders, license (LIC) extension files, above- and below-range colors, picking indirection arrays, and coloring by FieldTupleId. The backend has also been demonstrated and tested nightly on a wider range of platforms than ever before.

Finally, for developers who write code that works closely with VTK, support for remote modules is available in the style of Insight Segmentation and Registration (ITK) remote modules. Remote modules enable semi-structured revision control. The modules potentially provide a manner for sharing new code for VTK, without the full rigor of VTK’s core development and contribution process.

Please download VTK 6.3 on VTK’s website, try it out, and report any issues to the mailing list or the bug tracker. For an upgrade and compatibility report, please see the VTK Wiki Roadmap page.

Additional information on VTK 7.0 will be provided on Kitware’s blog. The upcoming release will include notably faster rendering and wider adoption of fine-grained parallel filtering. Version 7.0 will also be compatible with the Python 3 series.

To download the latest version of VTK, please visit http://www.vtk.org/download. 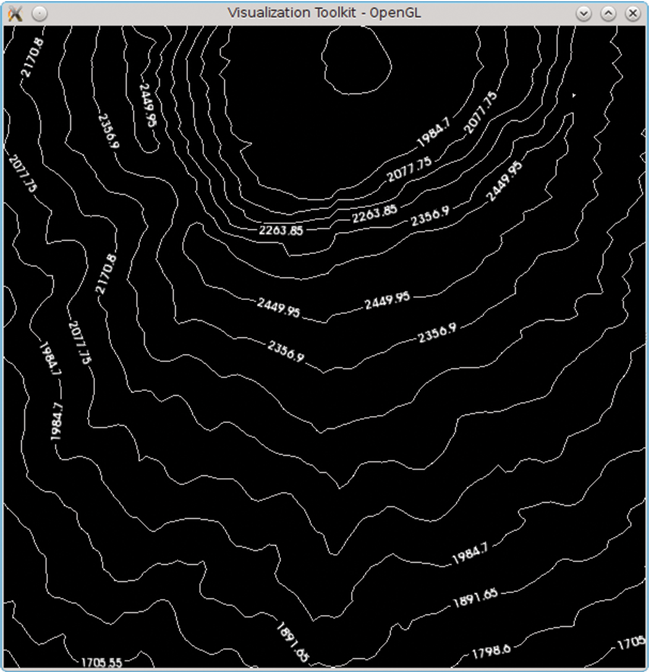 VTK now allows for text labels to be provided inside the isoline.