Research of No Future

In this opinion post, Roberta Ness, raises awareness about the crisis of demographics that is affecting the scientific community. 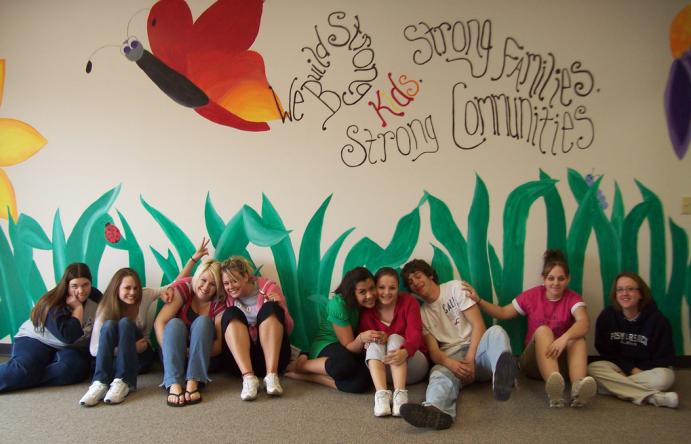 In particular, the fact that young researchers have few opportunities to become autonomous under the current practices used for funding scientific work.

We are expected to rise to this challenge and we’re sure as hell going to give it our all,”

Ness calls attention to the statistics of researchers demographics:

“Although we know that some of the most novel ideas come from young people, we are not giving our best and brightest their intellectual independence until they are middle aged.”

It is always useful to remember that Albert Einstein published the four Annus Mirabilis papers at age 26.

For example, James Watson was age 25 and Francis Crick was age 37, when they discovered the helical structure of DNA, that later led them to the Nobel Prize. They benefited from Photo 51 that Raymond Gosling graduate student age 27 took under the supervision of Rosalind Franklin who was age 33 at the time.

Richard Feynman started working on the problem of the nutating dish at age 27, after paying attention to other youngsters playing with dishes in the cafeteria of Cornell University. It turned out that these principles also applied to quantum electrodynamics and the work led to his Nobel Prize in 1965 (at age 47).

In contrast, today the average age at which an NIH investigator will be awarded his or her first R01 grant is:

(after all, it is the answer to life the universe and everything): 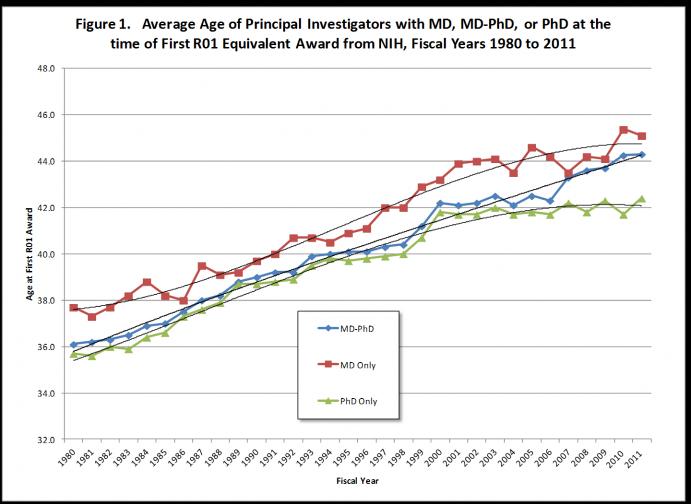 (from NIH Office of extramural funding)

Ness points to the source of the problem:

The problem, I believe, is that science has become unbalanced. What should be the ascendant end of the scale, the joy of producing surprising improvements in health and prosperity, has become outweighed by societal caution. That caution embodies the fear that science might not produce the immediate pay-offs that we expect from our investments.

At the risk of stating the obvious, one must point out that any field – or any community for that matter, in which a new younger generation is not being cultivated, simply has no future.