See ParaView in Action at SC15

SC15 is off to a great start, and we are pleased to have ParaView prominently featured at the conference. In addition to being represented in many of our conference activities, which we announced last week, ParaView is being highlighted by several of our collaborators. This weekend, for example, ParView was showcased in two sessions by Paul Navratil at the Intel HPC Developer Conference, titled “TACC and Intel SDVis Workshop: ParaView with SDVis.”

Want to know where else you can see ParaView in action during the conference? Read below to find out!

Demonstrations on “GPU-enabled, ParaView Catalyst In Situ Simulation Running Live on Titan” will be held Tuesday, November 17th, at 12:00 pm and Wednesday, November 18th, at 2:00 pm.

Marc Nienhaus and Mahendra Roopa from NVIDIA will present “Interactive, Scalable Volume Visualization with IndeX and ParaView” on Wednesday at 5:00 pm.

For a complete list of Kitware’s booth and conference activities, please visit our SC15 web page. 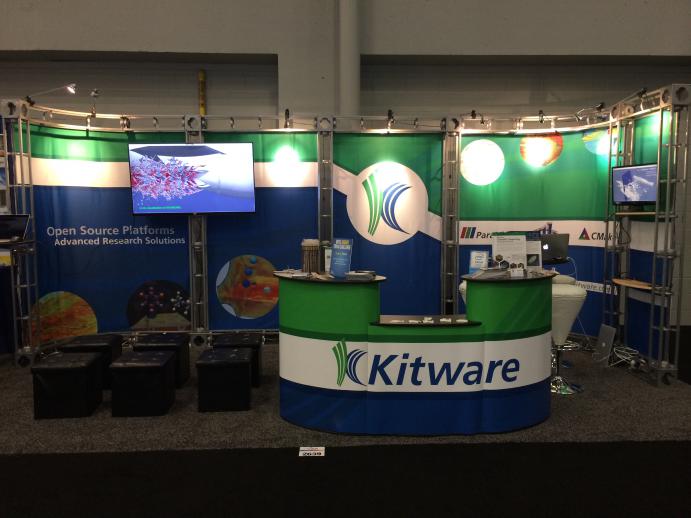 NVIDIA is previewing an early version of the ParaView visualization application that integrates NVIDIA IndeXTM, a scalable GPU-accelerated solution for high-quality visualization of large volumetric and surface data at interactive frame-rates. For more information, please read this blog entry by Bhushan Desam.

At the Scientific Visualization Showcase

ParaView was used in multiple of this year’s showcase movie submissions. In fact, two of the submissions were done entirely in ParaView:

ParaView was also used in part for the following submission:

Check out the movies for yourself at the showcase on Wednesday, November 18th, at 10:30 am.