There are several things new in ParaView 4.2. Lots of changes, both visible and under the covers, have gone into making this an exciting release for the entire team. Not to be left behind, the ParaView Guide is also getting a makeover. While a lot still needs to be done to get the guide ready for the public eye, the plan is to get it out in time for Supercomputing 2014 (fingers crossed, I don’t need to go back and edit this!) My goal with this post is to point out some of the highlights, old and new, of this new edition.

Things that remain the same as before are as follows.

Now for the parts that are brand new:

As a teaser, here are a few pages from the guide. Just note that it’s being proof read and edited, these pages are extracts from a very early draft — in others words hold off on the urge to fix typos and grammatical errors just yet! 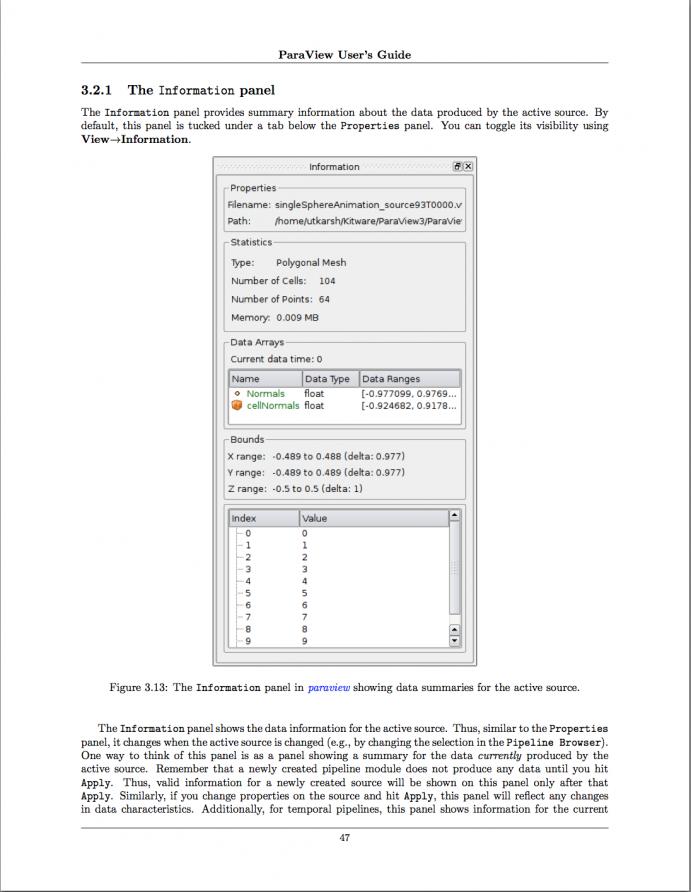 A page from the section describing getting information about data in the ParaView UI. 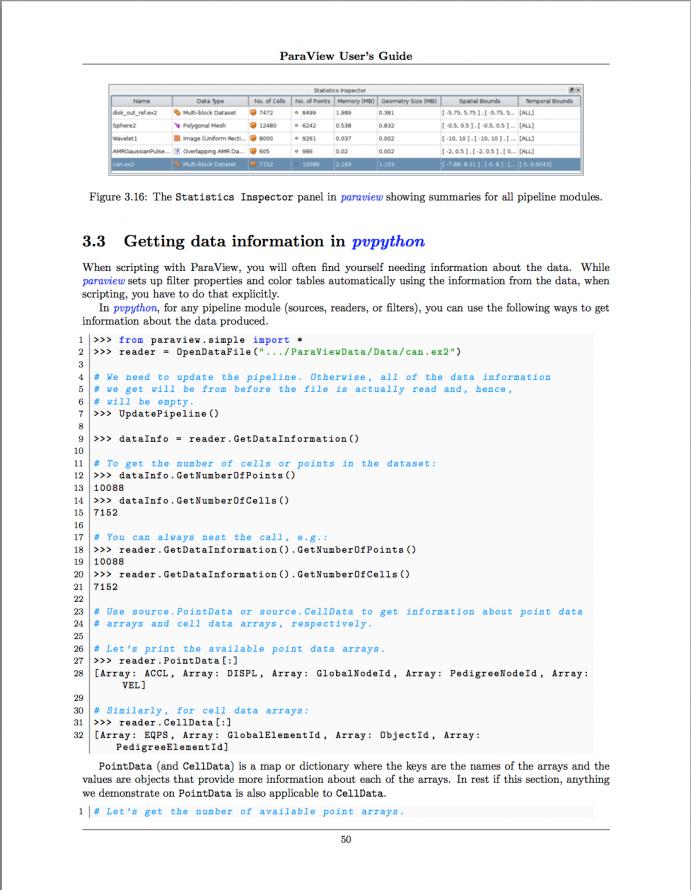 Soon after, a page describing the same i.e. how to access data information using the Python scripting interface. 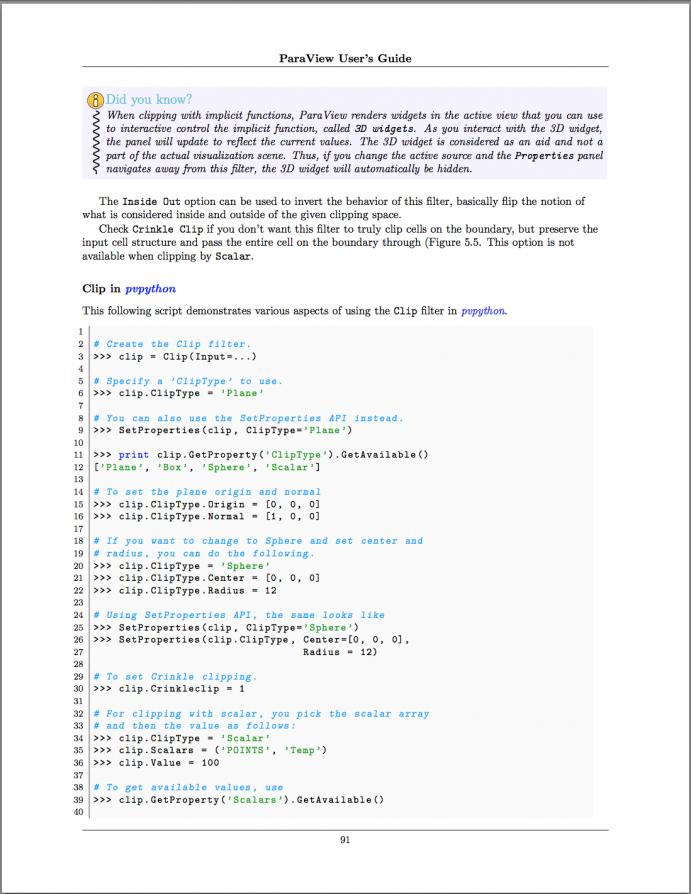 An extract from the section describing the Clip filter in Python. 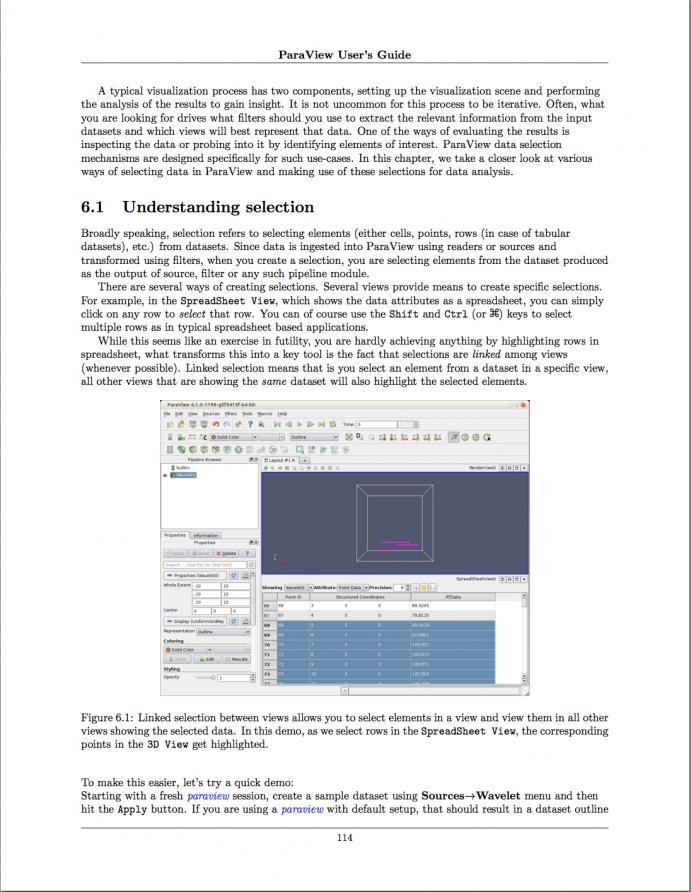 Extract from the Selecting Data chapter. The guide explains concepts, rather than just describing the UI.