Announcing the Release of SMTK 21.10 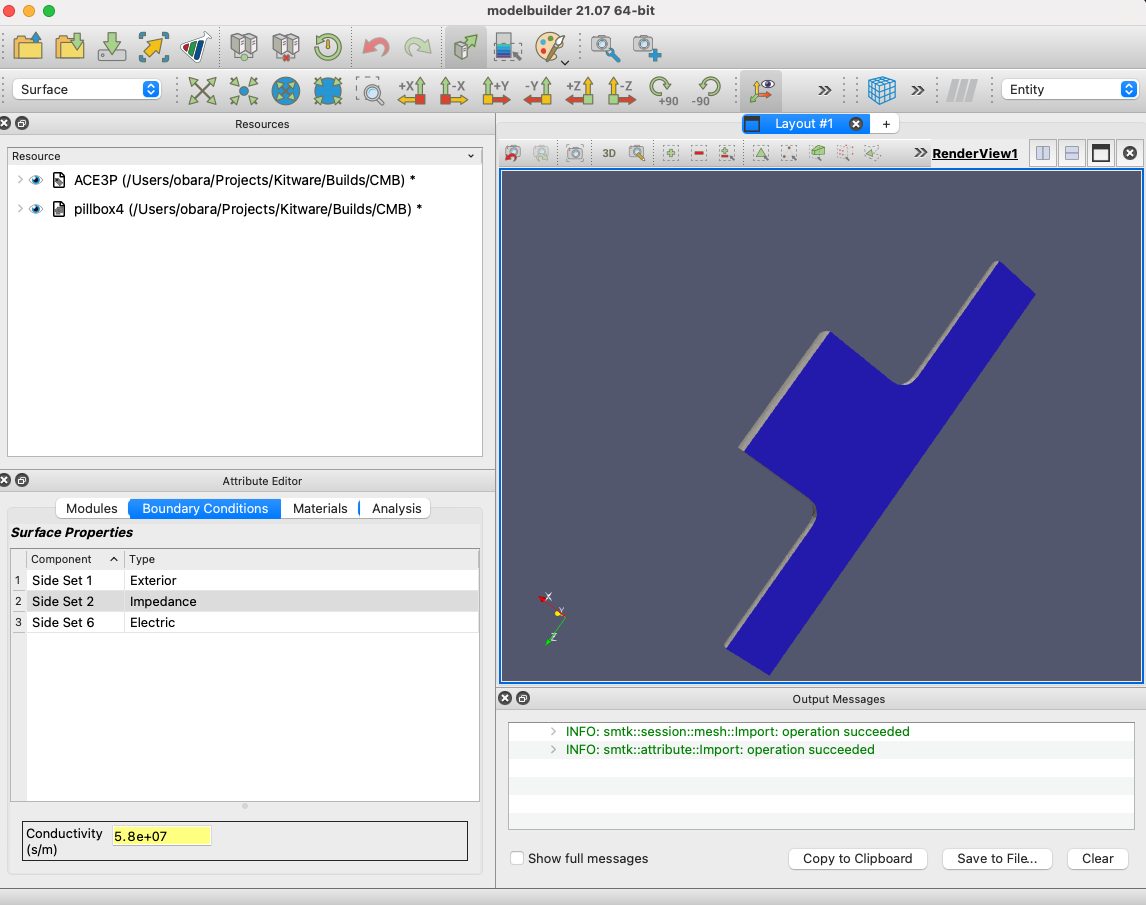 The major improvements under this release can be grouped into the following areas:

In the previous version of SMTK, turning on Observer debugging would printed the messages for all Observers. Now smtk::common::Observers takes a second template parameter: a boolean indicating whether to print debug messages or not. This does away with the previous macro (which printed messages for all observers – resource, operation, etc.) in favor of messages that can be enabled for a single specialization.

It is possible to ask the attribute resource to filter its attributes using a string that specifies some
search criteria (i.e., a filter). The current implementation expands on the base functionality provided by smtk::resource::Resource::queryOperation which allows users to filter components based on the existence and values of properties by adding the ability to search for attributes based on their type (i.e., the name of its definition and those definitions which inherit it).

New View for Displaying Resource Components and their Associated Attributes

This new qtComponentAttributeView class expands the capabilities of qtModelEnityAttributeView by now supporting Components of any Resources not just Model Resources which will allow it to be used in workflows involving graphs resources such as the new OpenCascade support.

Also there is no longer a need to specifier the filter type. The View will look at the association rule associated with the Attribute Definition specified in the view configuration. If more than one Definition is specified, then the first one is chosen.

As a result the new constraints to using this View are:

In addition the following improvements have been made:

The figure below shows new qtComponentAttributeView UI being displayed in the bottom left panel. In this example every side set in the model needs to be associated with one of several types of boundary condition Attributes.

The original implementation would cause a large number of refreshes due to the fact it merely would see if the were any resource changes. The new logic is a bit more intelligent and will only cause a refresh if any of the following conditions happen:

The result should be a more responsive UI.

SMTK now provides a smtk::string::Token class for working with tokenized strings. A token can always provide its source string data, but equality and inequality comparisons are done by comparing an integer token identifier.

The CMake macro SMTK provides to create plugins now uses a new feature in ParaView to ensure that plugins are initialized properly in both Qt-based GUI applications and python interpreters.