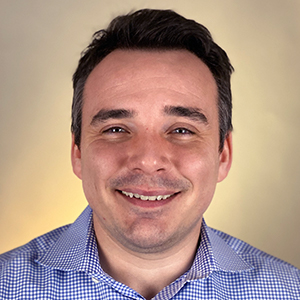 Brad is a Senior R&D Engineer in the Medical Computing team at Kitware. He brings a wide range of experience, including: senior leadership in healthcare IT, genomics and bioinformatics, image analysis and software engineering.

Brad received his doctorate in Computational Biology and Bioinformatics at Duke University in 2017. At Duke, he studied new statistical analyses and novel sequencing protocols for population DNA sequencing. During his graduate study, he spent equal time as a “bench” molecular biologist and as a data analyst. He also worked as an image analyst on several microscopy projects, studying fluorescent reporter gene expression and morphology. His current interests include image analysis, point-of-care ultrasound, and novel research backed by professional software development.

Brad earned his B.S. and M.S. degrees in Computer Science from The Ohio State University. There he researched causality-tracking algorithms in distributed systems.

Kitware is proud to be an employee-owned company.