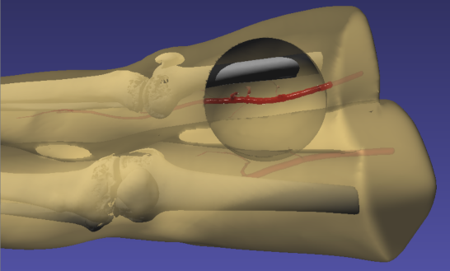 Traditionally, VR procedural trainers focus on delivering high-fidelity simulation of a critical phase of the surgery. Procedural trainers model the environment and interactions in the surgical corridor with high precision while ignoring the rest. Event-driven, scenario-based trainers on the other hand focus on interpersonal communication in the OR, imparting didactic knowledge, team coordination, and crisis management (e.g. iMSTK-based OR fire simulator). While the use of physiological sign monitors is common in the latter, this integration provides the ability to couple the events from the high-fidelity simulation of the former with human physiology. The use case detailed later in the blog demonstrates precisely this. First, we describe the details of integration and specific improvements to the fluid models in iMSTK below.

A new dynamical model-PhysiologyModel, has been added in imstk to simulate human physiology. The following code snippet shows how to create and configure this physiology model.

Actions in the Pulse engine allow users to specify external insults or interventions such as hemorrhage, airway blockage, or cardiac arrest. PhysiologyModel can accept ‘actions’ that can be added (or removed) at runtime.

Data from the current physiologic state can be retrieved via Pulse compartments which can be obtained in imstk from the physiology model. For example, to obtain the blood inflow rate in the right femoral artery one may call

We demonstrate a use case where arterial bleeding, simulated using iMSTK, is coupled to the hemorrhage model of the whole body physiology delivered by Pulse.  The high-definition bleeding simulation model informs the low-definition physiology model and vice versa. Opportunities for such coupling are plenty. It allows the procedural simulators the ability to present patient-specific, real-time valid physiological responses to events induced by user actions (e.g. damaging the femoral artery) on the high-fidelity models. This expands the purview of the simulators with regards to training and renders them holistic.

Before we attempted this use case, we had to improve numerous aspects of the fluid model in iMSTK to accommodate the arterial blood flow (pipe flow) simulation. Below we provide details of the improved fluid model and its validation before proceeding to demonstrate the use case.

We validated the improved SPH model in iMSTK using several standard test cases whose solution can be expressed in closed-form (Figure 2). All test cases use the upgraded formulation for inlet and outlet boundary conditions and no-slip boundary conditions at the wall. Figure 2 shows the parabolic flow profile in a straight pipe in good agreement with the analytical solution.

To simulate the effects of hemorrhage on patient vitals, we coupled the SPH model in iMSTK tasked to simulate the blood loss with the lumped parameter hemorrhage model of the Pulse engine. Pulse represents the entire cardiovascular system with electrical circuit analogs where resistors represent resistance to fluid flow and the capacitors represent compliance of blood vessels. We coupled the high-fidelity local SPH model to simulate blood flow and leakage from femoral arteries with a low-fidelity yet global (whole-body) cardiovascular model of Pulse. A section of the femoral artery whose geometry is derived from publicly available patient CT datasets is used to simulate arterial blood flow in iMSTK. Artificial damage is induced (see Figure 3) that leaks the blood, eventually leading to a hemorrhage.

The two-way coupling between these models is achieved at each time step of the simulation by (a) computing the blood loss from the SPH model and passing it on to the Pulse’s hemorrhage model and (b) using the femoral artery flow rate in Pulse as the inlet boundary condition in the SPH model (Figure 4). The blood flow was simulated for 70 cardiac cycles, and pressure in the femoral artery and blood volume was computed. The plots in Figure 4 demonstrate a significant loss in blood volume and a corresponding decrease in pressure. The pressure drop in the simulation was small but would likely increase with more simulated cardiac cycles.

This work describes iMSTK’s new physiology model via the use of Pulse’s backend. We also report an improved SPH fluid model in iMSTK that allows the simulation of pipe flow. With this model, we were able to demonstrate a potential use case where surgical events (e.g. vessel damage) captured by the high-definition models (SPH-based arterial flow) can be coupled with the 0-D model of the whole-body physiology in real-time. The purview of surgical simulators, typically restricted to the modeling of the surgical corridor, can be extended via such coupling.

In the future, we would like to expose more actions such as airway obstruction, cardiac arrest, substance infusion, and needle decompression commonly observed in the operating room. Incorporation of these actions into the iMSTK-based trainers would allow training for adverse events, ones that often require surgeons and other OR personnel to coordinate mitigation strategies before continuing with the planned surgical procedure. In addition, conditions such as anemia and stenosis will be added to allow users to employ variability in the patients.

Disclaimer: The content is solely the responsibility of the authors and does not necessarily represent the official views of the NIH or its institutes. 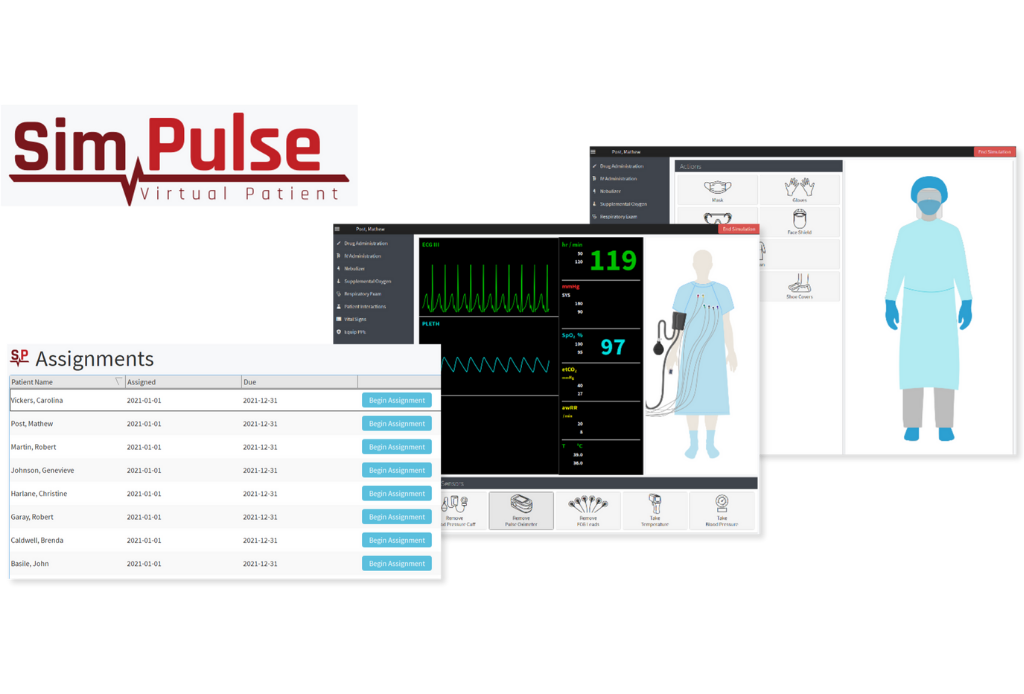 Kitware and KbPort Announce the Launch of SimPulse, a…
December 3, 2021  •   By Samantha Schmitt 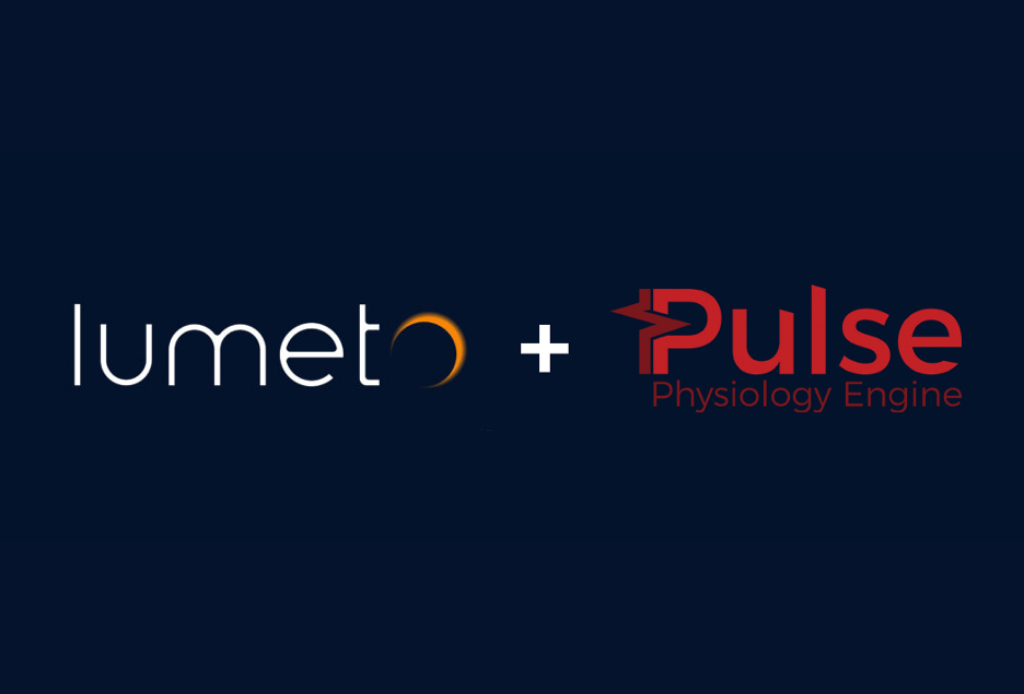