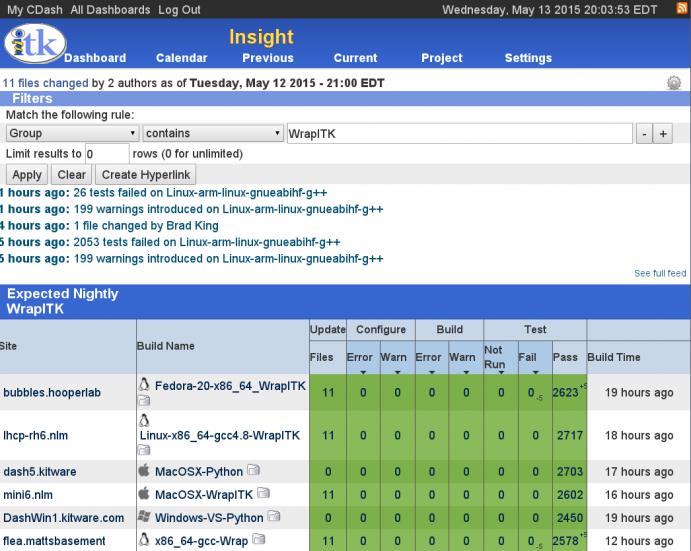 A number of people have made the green wrapping goodness possible. Michka Popoff has spearheaded the cleanup effort.  Kevin Hobbs and Bradley Lowekamp made sure there were Nightly dashboard builds on which to improve. Gaëtan Lehmann engineered the current CMake and SWIG-based wrapping infrastructure, WrapITK, and brought it into the repository build system. Brad King wrote CastXML (C-family Abstract Syntax Tree XML Output), the next generation, Clang-based replacement for GCCXML, which is used to parse the C++ abstract syntax tree. This work was supported by funding from the National Institutes of Health-National Library of Medicine (NIH-NLM). 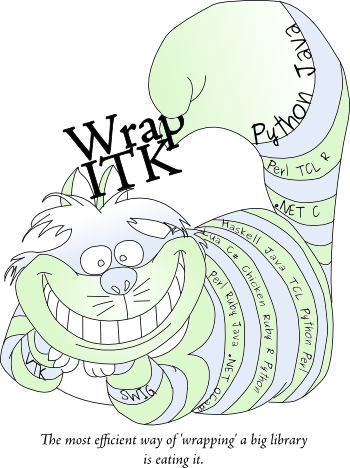 To build the wrapping, enable ITK_WRAP_PYTHON in your CMake configuration. To test the wrapping without installation, copy the Wrapping/Generators/Python/WrapITK.pth file to Python's site-packages directory. Windows users should also add the bin build directory containing the DLL's to their PATH environmental variable.