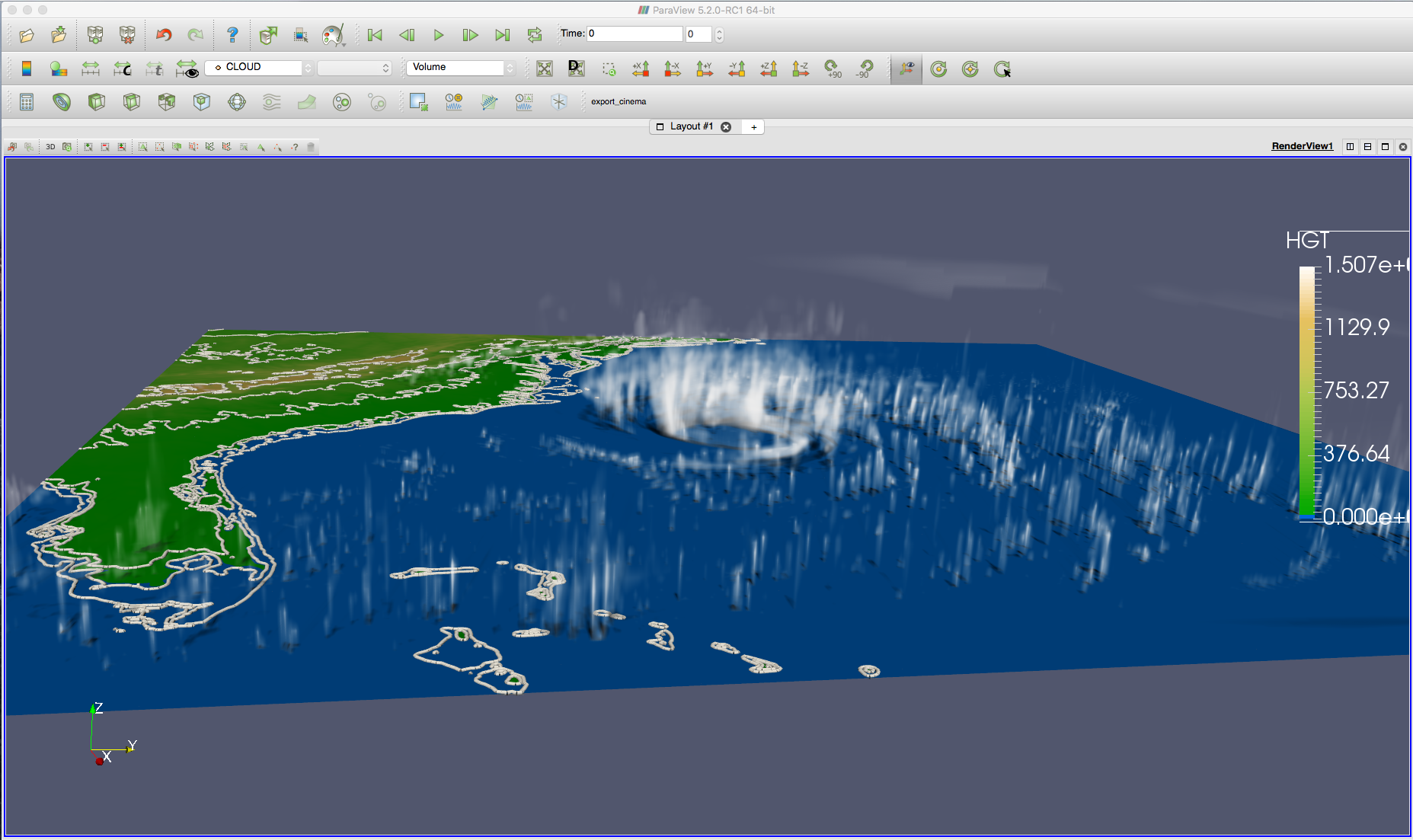 “VTK and ParaView offer open-source solutions for analyzing and visualizing data, which the OpenSWR and OSPRay renderers enhance,” said David DeMarle, a lead developer of VTK at Kitware. “The combination of the solutions with the renderers provides an especially powerful path toward visualizing extreme-scale scientific problems with massive supercomputers.”

Kitware released ParaView 5.0 in conjunction with The International Conference for High Performance Computing, Networking, Storage and Analysis (SC) in 2015 as the first official release to include OpenSWR and OSPRay. The successor to ParaView 5.0, version 5.1, more tightly coupled OSPRay with ParaView and added the ability for users to quickly swap between rasterizing and ray tracing images with the same type of surface mesh data. Version 5.1 also brought ray tracing to ParaView on Microsoft Windows. At this year’s SC event, Kitware not only demonstrated these advancements, but it discussed new versions of VTK and ParaView.

“I am particularly excited about the OSPRay based volume rendering modes in VTK 7.1 and ParaView 5.2,” DeMarle said. “OSPRay is a lot faster than VTK’s internal software volume renderer, and the fact that surfaces and volumes coexist in the same ray-traced context opens up new possibilities for visual effects. OSPRay now enables volumetric shadows and, more generally, makes volumetric participating media feasible.”

OpenSWR also features state-of-the-art rendering capabilities, which initial benchmarks on the Trinity supercomputer at Los Alamos National Laboratory demonstrated earlier this year. The run used only a fraction of the supercomputing machine during the system shakedown period to render scenes up to 1.1 trillion triangles. Since then, Intel® has contributed OpenSWR to the open-source Mesa implementation of the OpenGL standard. In the recently released Mesa 13.0.0, OpenSWR gained significant optimizations.

“When evaluating whether to update to the recent Mesa 13.0.0 release from the 12 series, we measured nearly a two-times increase in rendering performance with OpenSWR on Intel® Haswell central processing units (CPUs) and almost a four-times increase on next-generation Intel® Xeon Phi™ coprocessor, or ‘Knights Landing’ (KNL), platforms,” said Chuck Atkins, a staff research and development engineer at Kitware who contributes to ParaView, CMake and Mesa. “The dramatic increase in measured performance made the decision an easy one. As soon as Mesa 13.0.0 became available, we updated our ParaView build processes to incorporate it. We are now actively deploying Mesa 13.0.0 at partner institutions and customer sites.”

Under a new Intel® Parallel Computing Centers project, Kitware and TACC will collaborate to optimize the full code path of ParaView for in situ processing. This important use case directly couples visualization and rendering with simulation codes.

“We are thrilled to partner with Kitware and Intel® to advance in situ capabilities for many-core processors,” said Dr. Paul Navrátil, the manager of scalable visualization technologies at TACC. “The Stampede-KNL system at TACC will be the perfect test bed for developing effective strategies that fully utilize the capabilities on upcoming KNL systems like Trinity, Cori and Stampede 2.”

Kitware encourages those who want to learn more about ParaView and VTK to contact kitware(at)kitware(dot)com.

Kitware is an advanced technology, research and open-source solutions provider for research facilities, government institutions and corporations worldwide. Founded in 1998, Kitware specializes in research and development in the areas of HPC and visualization, medical imaging, computer vision, data and analytics and quality software process. Among its services, Kitware offers consulting and support for high-quality software solutions. Kitware is headquartered in Clifton Park, NY, with offices in Carrboro, NC; Santa Fe, NM; and Lyon, France. More information can be found on http://www.kitware.com.