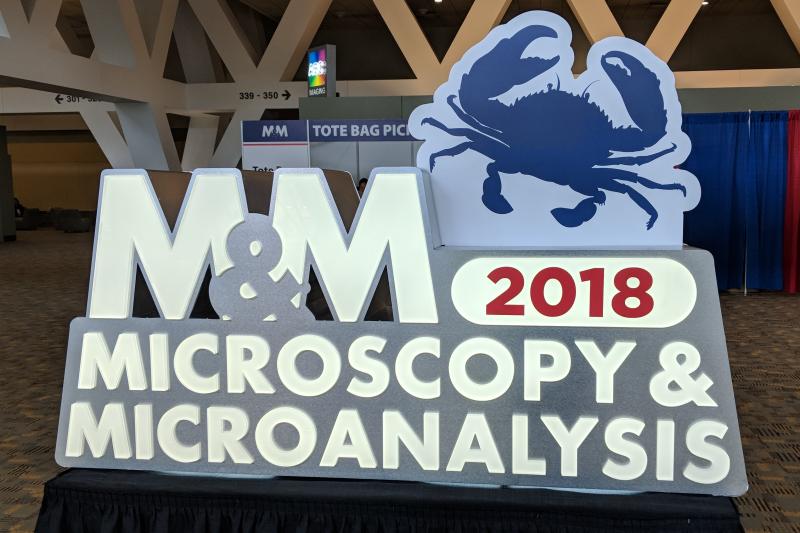 We are pleased to announce the release of Tomviz 1.4 (GitHub release page). This release rounds out many of the big changes we made to our pipeline, state file, and related functionality in the 1.3 release. The state file, which is now saved as JSON, reflects the hierarchy shown in the application more directly, and supports saving/loading more complex pipelines. We released 1.4 just before Microscopy and Microanalysis in Baltimore, MD. I attended the conference, and had the opportunity to meet many of the people in our community face-to-face.

Support for live updates has been improved for both reconstructions and data acquisition. A dedicated dialog for loading image stacks was added, with support for inferring angles from a tilt series, typical number/naming schemes used by reconstruction packages. The support for passive acquisition has been updated, you can watch a directory for new files, and extract metadata including tilt angles, and see them added to the live pipeline. File readers and writers can be written in Python, making it much easier to get data in to the application, with several examples provided such as NumPy arrays, and Matlab binary files using the bundled SciPy modules.

The calculation of the histogram was always performed in a background thread, the implementation has been heavily optimized, and the histogram will now show more quickly in all cases, with integer types showing the most improvement. The contour module has been simplified, we have temporarily removed some support for multiple channels but improved its performance significantly. The support for multiple channels will be brought back once we can ensure we maintain adequate performance. Toolbars have been simplified, and improved to be more intuitive. Custom color maps and opacity maps can now be saved, the alignment operator now has support for saving/loading image shifts.