During the ISBI 2012 Conference, we had the pleasure to participate in two ITK-related hackathons.

To secure wireless access and power supply, we occupied the Barcelona Princess hotel lobby for various meetings and hackathons for two days.  We had a series of fruitful meetings with different groups (with tasty tapas) there.

The NiftyReg team is led by Marc Modat, who was also one of the organizers of the Medical Image Open Source Workshop that opened the ISBI conference. The NiftyReg hackathon focused on integrating the NiftyReg tool as an ITK module. NiftyReg is a package that performs Image Registration by taking advantage of GPUs. The NA-MIC / Slicer community has been interested in using this library; by including it as an external ITK module, it will be easy for the NA-MIC and ITK communities in general to get easy access to NiftyReg. This is a continuation of a conversation that started last year with Sebastian Ourselin (UCL) during the MICCAI 2011 conference in Toronto. 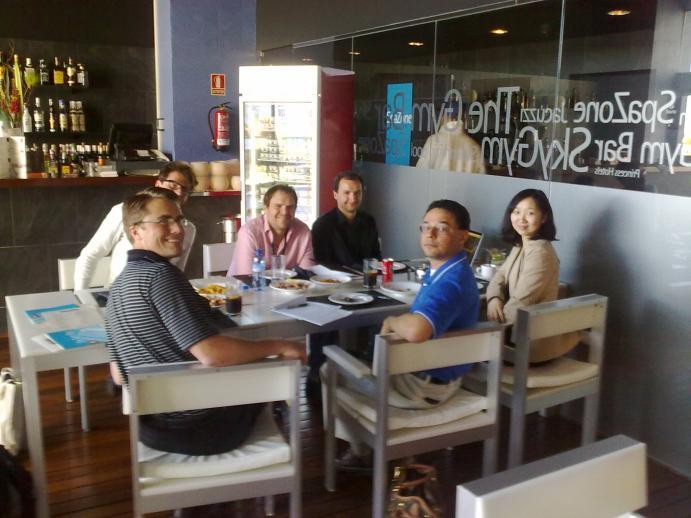 Kitwareans meeting with the UCL team, discussing the integration of NiftyReg as an ITK External Module.

The plan of action for integrating NiftyReg includes

In the Osirix hackathon, we worked with Jan Perhac from the Osirix team in Geneva and two researchers from the Polytechnic University of Catalunya (UPC): Raul Benitez and Oriol Carrillo (Professor Raul Benitez was also the organizer of the ITK tutorial at UPC).

The two main activities of the ITK+Osirix hackathon were

During this hackathon, it was very useful to count with Kitware’s initial efforts,  by Andinet Enquobahrie, on creating Osirix plugins for TubeTK library, as part of our preparation to the ISBI conference. Thanks Andinet! 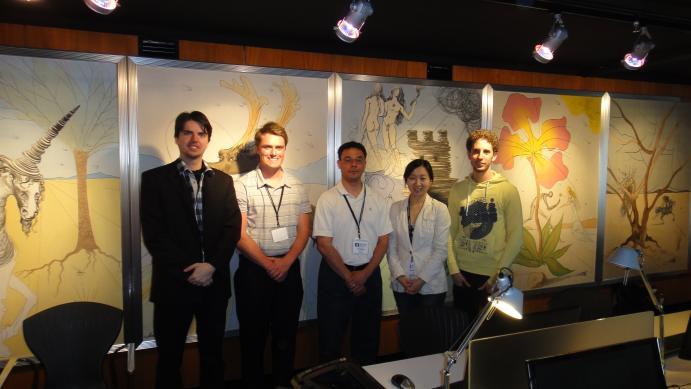 Kitwareans meeting with Jan from Osirix  and UPC team

We learned from the Osirix team, that the plugin infrastructure is in flux, but that once it is settled, there will be abundant opportunities for extending Osirix via ITK, IGSTK, and TubeTK plugins. Osirix coupled with ITK can put powerful medical image analysis capabilities at radiologists’ fingertips, as demonstrated in this poster on “Myocardial torsion estimation with Tagged-MRI in the Osirix platform” by Albert Andaluz et al of the Computer Vision Center at the Universitat Autònoma de Barcelona presented at the ISBI Medical Imaging Open Source Workshop. 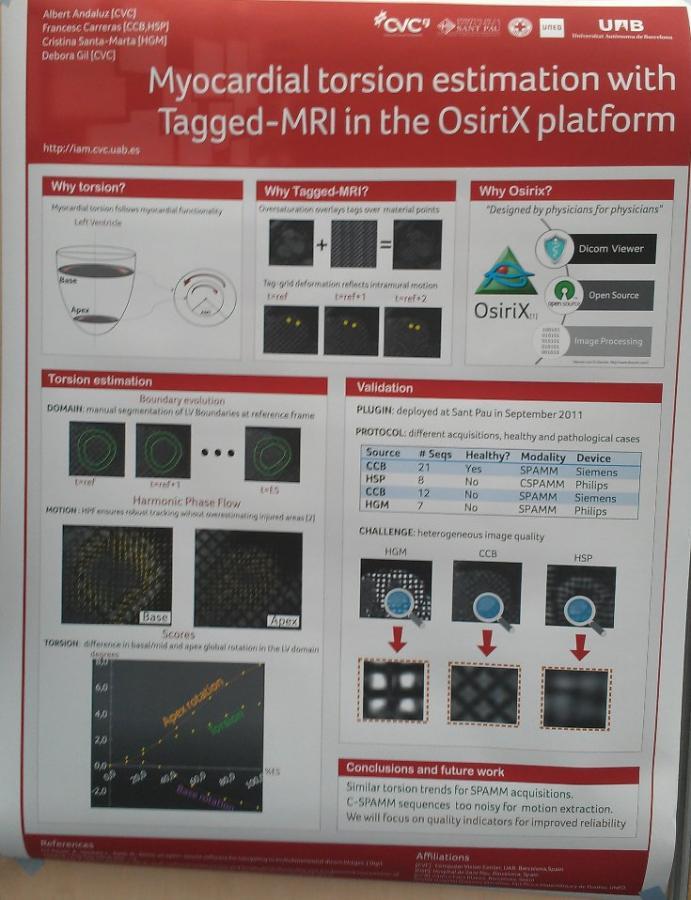