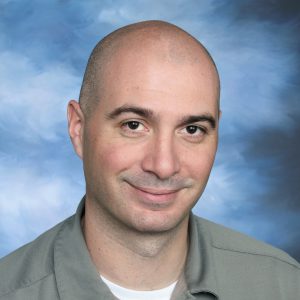 Sébastien Barré received his M.S. and Engineering Degree in Computer Science from the Technological University of Compiegne (France) in 1995, his Ph.D. in Computer Science from the University of Poitiers (France) in 2001. While at the University of Poitiers, he conducted research on facial surgery simulation and 3D reconstruction using physical modeling. In addition, he authored software for surgical planning and prediction of human facial aspects after maxillo-facial surgery, under evaluation at the Department of Oral and Maxillofacial Surgery of the Begin Hospital (France). He started using Kitware’s very own VTK back in the 90’s, and became one of the first European contributors to the project before joining the company in 2001.

Over the years his focus has been on medical imaging and software process while primarily working on Kitware’s VolView framework, OSA‘s Interactive Science Publishing, and clinically driven applications like NA-MIC‘s 3D Slicer. He is also involved in user-interface development and general usability concerns, and maintained the cross-platform/open source GUI toolkit, KWWidgets. Dr. Barré has worked on a variety of other projects, including Grid computing and visualization algorithms. He oversees the development of Kitware’s new internal back-office software, KWiK. He is interested in web technologies, web services, and photography.