Cross-compiling for the POWER8 with Docker

Continuing our series on cross-compiling ITK with CMake and Docker, we will cross-compile for the POWER8, which is a PowerPC 64 little endian system, i.e. ppc64le.  This entry follows articles on cross-compiling for Windows and the Raspberry Pi with Docker. The POWER8 is interesting because it is a highly parallel system, running 8 threads on each core with up to 12 cores per chip. By cross-compiling, we can test patches that address dashboard build warnings so we can have a working system on which to perform parallel performance benchmarking. 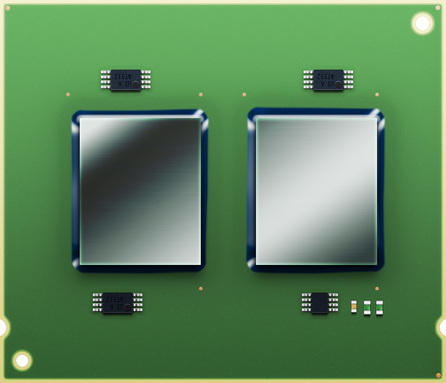 When cross-compiling with Docker and CMake, there are three basic steps.

1) Get the cross-compiling toolchain

Obtaining the toolchain with Docker is easy — just download it with docker pull:

2) Start up a container, mounting the source and build tree

If there is a source tree and build tree, e.g.

Then mount these directories as Docker volumes when the container is started:

3) Point CMake to the CMAKE_TOOLCHAIN_FILE

Inside the container, the environmental variable CMAKE_TOOLCHAIN_FILE has been configured to point to the toolchain file CMake uses to inform itself about the build environment.  Pass this file to CMake during configuration.