M.S. in Robotics
University of Pennsylvania 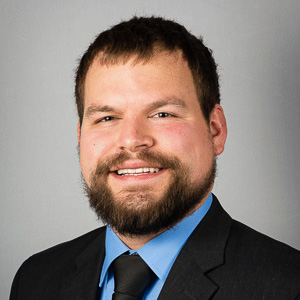 While earning his master’s degree, David worked on several projects with labs at the University of Pennsylvania. While at the Dynamic Autonomy and Intelligent Robotics (DAIR) Lab, he helped write simulation and control software for a soft-bodied robot, as well as for a Kuka iiwa robotic arm. In both cases, the software was made to provide a framework to test future control algorithms created by the lab. David also worked at the Real-Time and Embedded Systems Lab (mLAB) to help develop a risk-based autonomous racing controller.

Get to know David

Being a part of the Kitware team will give me the opportunity to work on exciting and challenging projects that allow me to continue developing my skills as an engineer. I’m excited to work alongside passionate and accomplished coworkers to solve important problems.

I love breaking down challenging problems and figuring out useful solutions. I also enjoy the learning that comes along with tackling new projects, which is a major reason I decided to pursue a career where there is always something new to learn.