One of the most requested features for ParaView on the project’s UserVoice page is the ability to export visualizations in publication-quality vector graphics formats, such as postscript, SVG, or PDF. The ParaView 4.0 release is the first major release of the application that offers the ability to natively save these image formats.

What are Vector Graphics?

For those who may be unfamiliar, let’s explain why vector graphics are such a highly desired feature by contrasting them with the alternative: raster graphics formats.

A raster format, such as PNG, JPEG, or BMP, breaks an image into a grid of small pieces (pixels), and stores the color of each pixel in a file (the process of breaking an image into pixels is known as rasterization, hence the name “raster format”). While such formats are sufficient for most uses, their main disadvantage is that once an image has been rasterized at a given resolution, any features of the image that are smaller than a pixel are lost forever. This leads to visually unappealing results when zooming in on an image with software or printing an image at a high resolution (see image, below left).

Vector formats, on the other hand, store the image as a set of drawing primitives (shapes), such as polygons, ellipses, lines, Bézier curves, and text. The primitives are drawn by the viewing application or printer when the image is rendered, and the drawing is rasterized to match the resolution of the target device. This means that no matter how much a vector image is enlarged, the result is crisp and clear. The images below show the same region of a ParaView rendering that was exported to both formats, raster (left) and vector (right), each enlarged 400%. 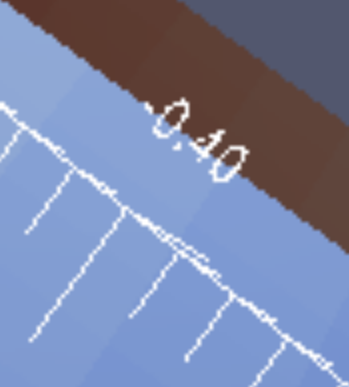 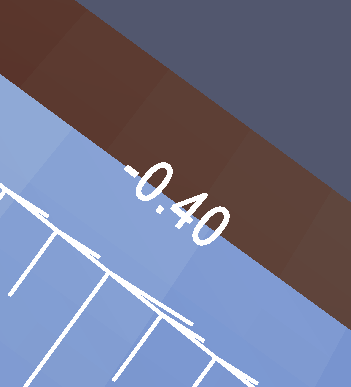 The difference is obvious — the vector image is much more appealing and shows far more detail. In addition to providing higher quality digitally enlargements, vector graphics are preferred by publishers, as the printed images are crisp at any print resolution.

To export a ParaView rendering as a vector format, click File >> Export Scene…, and then choose the desired format. The available formats are: 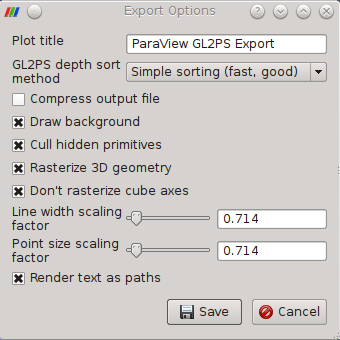 After selecting a format and filename, the export process can be configured:

The vector graphics export in ParaView uses the GL2PS library to parse the OpenGL feedback buffer and compile the graphics file. The export process is coordinated by the vtkGL2PSExporter class in VTK, which has recently received an upgrade to add special cases to handle various corner-cases that GL2PS was unable to handle by itself.

p dir=”ltr”>To try this new feature out, download a copy of ParaView 4 today! 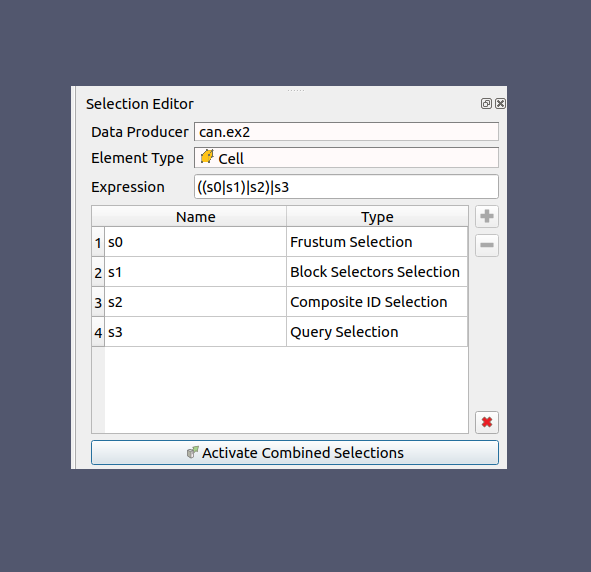