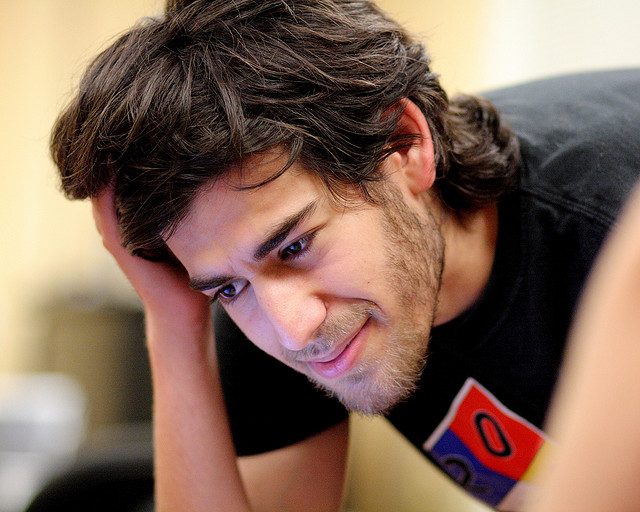 In his life, cut too short, Aaron had already:

On 2011, Aaron was charged with downloading roughly 4 million academic journal articles from JSTOR.

“Despite JSTOR having dropped all civil charges, Assistant U.S. Attorneys Stephen P. Heymann and Scott L. Garland[35][36][37] pursued the criminal case against Swartz under U.S. attorney Carmen M. Ortiz, who justified the charges by stating “stealing is stealing, whether you use a computer command or a crowbar, and whether you take documents, data or dollars.“[30]

It is unfortunate that few in our time, have read what Thomas Jefferson had to say about the impossibility of owning information.

The prosecution of Aaron’s case became vivid example of the absurd disproportion that has progressively been inserted in Copyright Laws:

At the time of his death, Swartz, if convicted, faced a maximum of
$1 million[43] in fines and more than 35 years[43] in prison after
the government increased the number of felony counts against
him from 4 to 13.[44]

Here is where we need a better sense of justice, and shame. For the outrageousness in this story is not just Aaron. It is also the absurdity of the prosecutor’s behavior. From the beginning, the government worked as hard as it could to characterize what Aaron did in the most extreme and absurd way. The “property” Aaron had “stolen,” we were told, was worth “millions of dollars” — with the hint, and then the suggestion, that his aim must have been to profit from his crime. But anyone who says that there is money to be made in a stash of ACADEMIC ARTICLES is either an idiot or a liar.

Lessig pointed out the lack of proportionality in Copyright Laws and noted:

“The question this government needs to answer is why it
was so necessary that Aaron Swartz be labeled a ‘felon’.”[44] .”

Today’s US Copyright laws, make possible to prosecute the copying of articles from Academic Journals as a Felony (that is, at the same level as murder, treason, or drug trafficking), and to charge offenders with statutory damages as high as $150,000 per infringement.  It is hard to believe that any Academic paper might be worth that amount, particularly knowing that 90% of them describe experiments that can not even be replicated.

It is time to reform Copyright laws and stop them from stifling creativity, specially among the youngest generations.