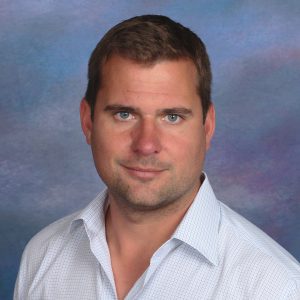 Jeff Webb is a technical leader on Kitware’s Computer Vision Team located in Carrboro, North Carolina. Jeff also splits his time on medical computing initiatives. He has experience in a wide range of research and development, modeling and simulation, product development, data analysis, and program management tasks. He is a certified scrum master and has performed extensive systems integration tasks with software, hardware, and sensor interfaces.

Prior to joining Kitware, Jeff was the principal investigator and lead systems integrator for the U.S. Army’s BioGears® project, ensuring successful integration of physiology modeling methodology into an advanced software design.

Jeff was also the lead engineer and PM for the FightSight counter-sniper and counter rocket, artillery, and mortar infrared camera system that was funded internally and by the Defense Advanced Research Projects Agency (DARPA) and the U.S. Army.

Get to know Jeff

I really like Kitware’s openness and collaborative approach to everything we do.

I feel like I’m really making a positive and meaningful impact on society through the work I do at Kitware.