Announcing KiwiViewer
Coming soon to the Apple app store is KiwiViewer, an exciting new project that brings scientific visualization to mobile, multi-touch devices. KiwiViewer is built on the vtkES library, a budding open-source effort to harness the power and flexibility of VTK on mobile and multi-touch devices.

KiwiViewer is designed to be simple and lightweight with the following features:
• Interactive model exploration using multi-touch displays
• Support for surface and line geometry
• Ability to load data from the web, email, or DropBox
• Available on the iPad

Watch for KiwiViewer in the app store this summer! 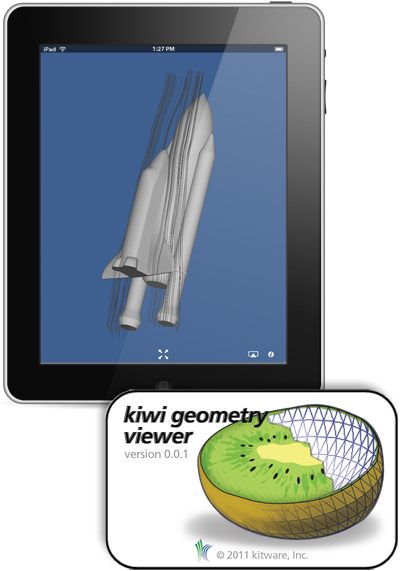 CMAKE 2.8.5
The latest release of CMake is notable as it was made possible in part by a number of individuals around the world who contributed code. Overall, 33 people submitted changes that are now part of CMake 2.8.5. The new git workflow and the fact that git patches preserve the author in the commit objects, even when applied and pushed by someone else, means that we can now measure and report this number.

There are several other noteworthy additions included in this release. The ProcessorCount module provides a CMake language-based way to retrieve the number of processors usable for parallel building or testing. The CheckPrototypeDefinition module allows users to check if an exact function signature definition is available, rather than a simple function-exists-by-name-only check. The file (UPLOAD…) subcommand allows users to send files to web servers from CMake scripts. The ctest_upload() command allows users to send attachment files (i.e. an installer for your app) to the CDash server where others can download them. This feature also requires upgrading your CDash server to the svn trunk version for now, as this feature is not yet in an official CDash release.

Slicer 4.0 Gamma RC2
Kitware is pleased to announce the release candidate 2 of Slicer 4.0 Gamma. Many new features have been added since beta and RC1. Release candidate 1 included additional modules such as “volume rendering” and “sample data”. Extension modules were also integrated with CDash for easy configuration, submission, and retrieval.

Release candidate 2 includes a number of small bug fixes; changes to the presets in the volume rendering module; a first pass in optimizing the 2D views and other various speed improvements; the addition of Harden Transform in the data module; inclusions of a Line/Tube/Gylph display tab in the Tractography Display Module; the ability to select annotations; and improvements
to extension support. Additionally, VTK observers can be debugged using the Event Broker module. 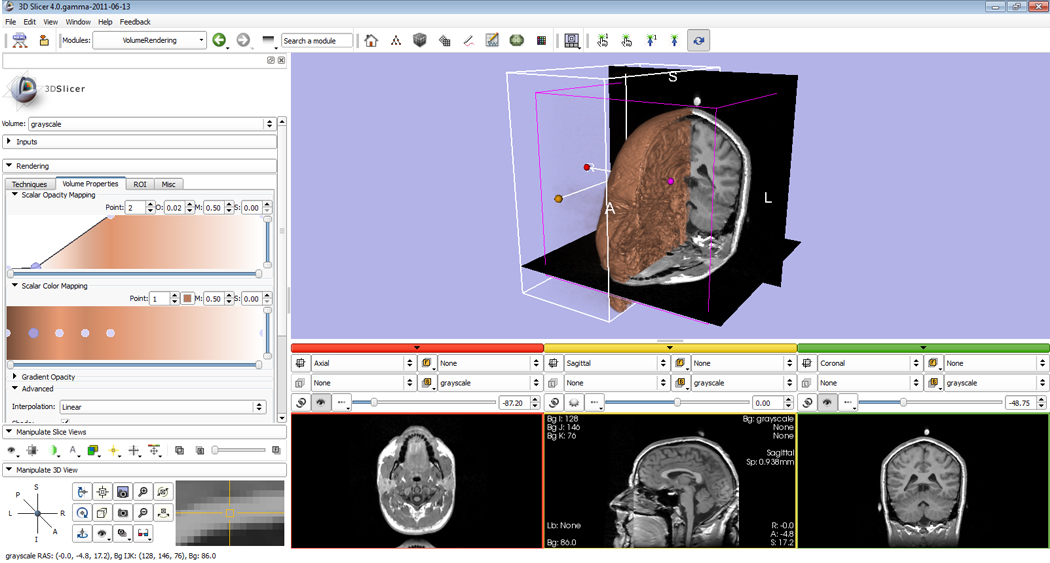