Kitware Gives Back: the Regional Food Bank of Northeastern NY

On Saturday, January 26th Kitwareans went to lend a hand at the Regional Food Bank of Northeastern New York in Latham, NY as part of our Kitware Gives Back program. Our task for the afternoon to was to sort through donated food items based on quality, and for various distribution locations.

We arrived at the facility and were given an overview of the organization and their mission before getting started. During this time, we learned that the food bank services 23 counties in New York State, from Plattsburgh to Newburgh and for all the urban, rural, and suburban communities in-between. According to their website, the food bank distributed a total of 25,684,484 pounds of food in 2011.

Much of their donations come from local farmers, manufacturers, retailers, and wholesalers, and for a variety of reasons including overproduction, discontinuation of a line, mislabeling, expiration dates, and ‘imperfect’ products. These goods are delivered to a large warehouse for sorting and distribution. These tasks are largely done by volunteers; in fact, we were told that the number of hours they get from volunteers each year would equal about 20 full-time employees. Without labor costs, they are able to purchase more food to give back to local communities.

The first type of goods to sort was “frozen salvage,” which consisted of boxes of raw meat that needed to be checked for package openings and poor quality. The good stuff was broken out into various boxes for distribution throughout the state. There were some things that even threw the regular volunteers for a loop – including bulk packaged products that seemed to be intended for bakeries. 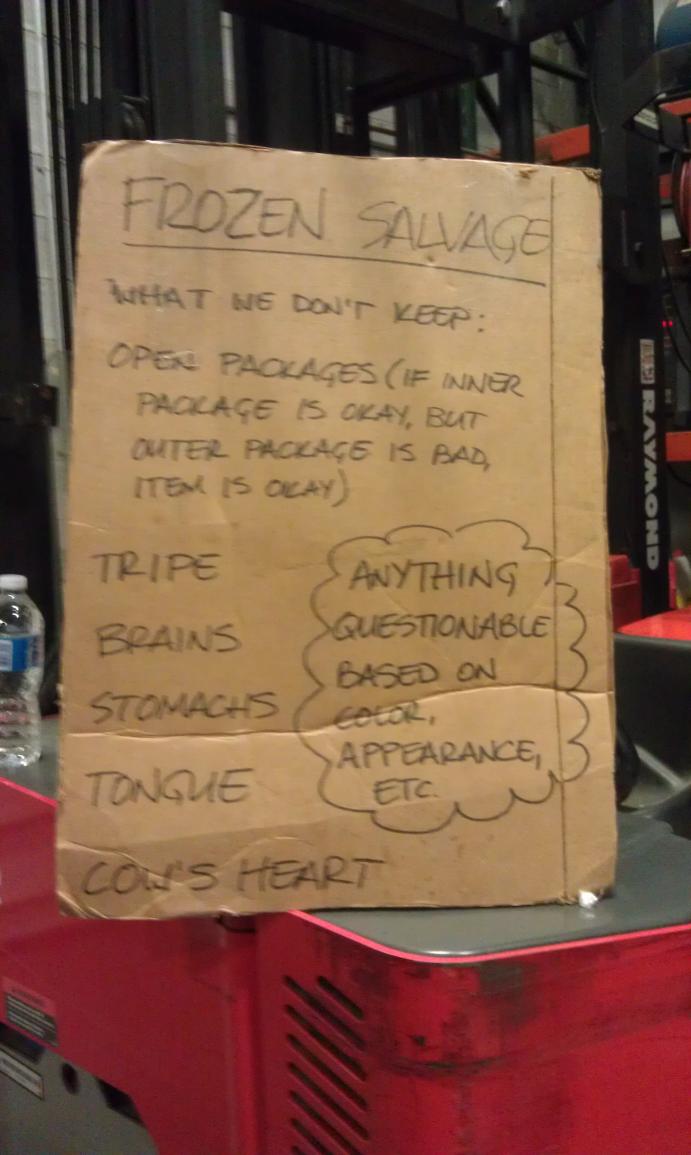 Next we tackled large containers of paper and plastic goods, including paper towels, toilet paper, various sizes of sandwich bags, plastic containers, tissues, etc.  Each of these items were sorted by type and boxed up. 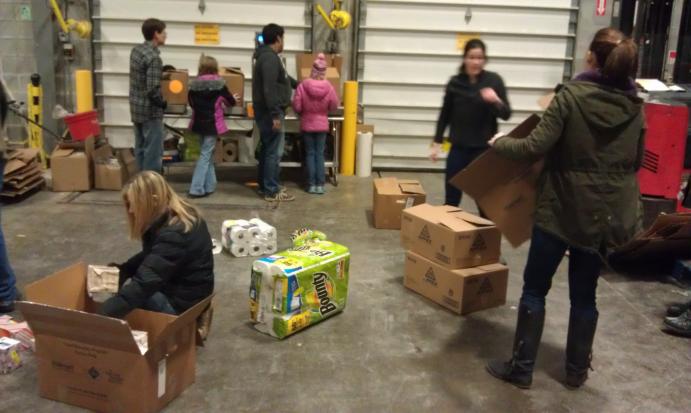 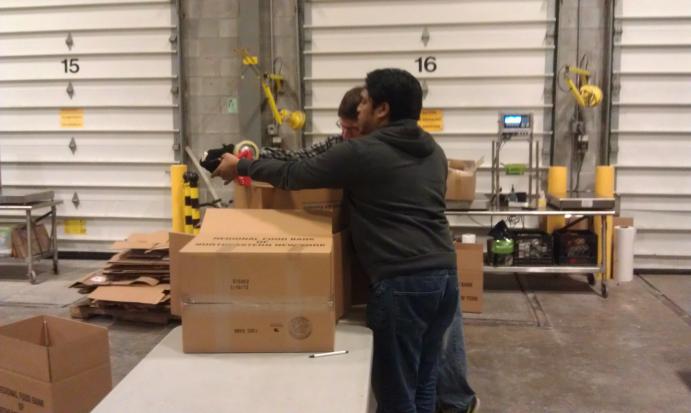 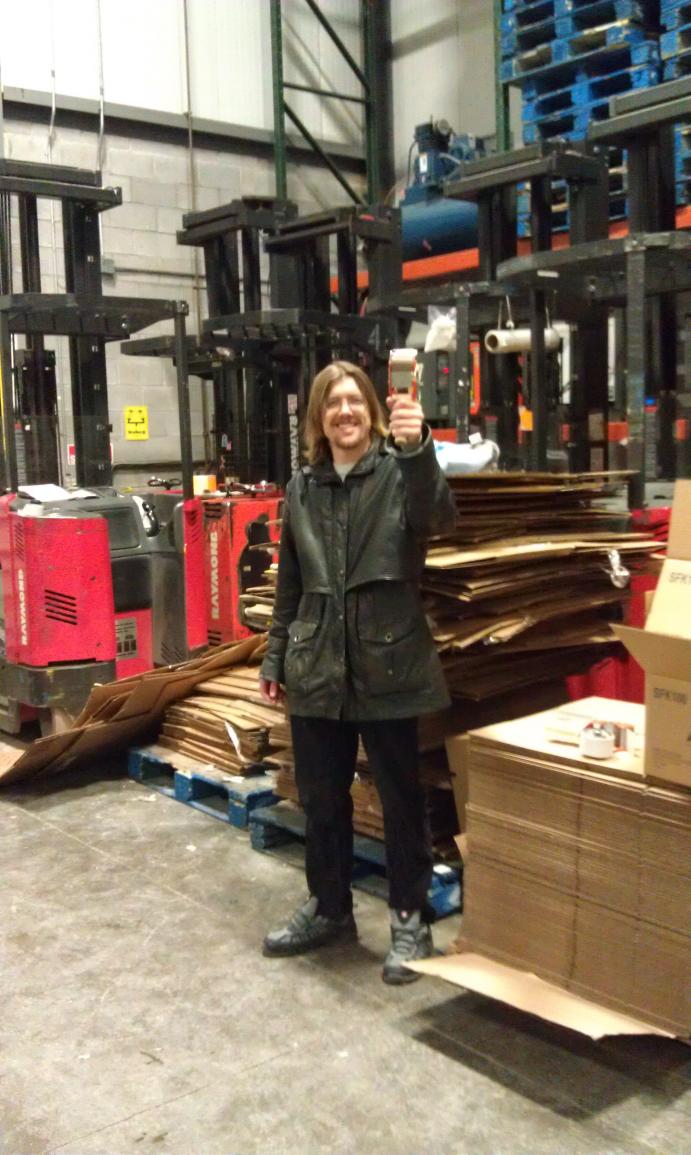 By the end of a few hours we were amazed at how much we had accomplished, and felt proud to know the items we sorted and boxed would be heading out for delivery within the week. 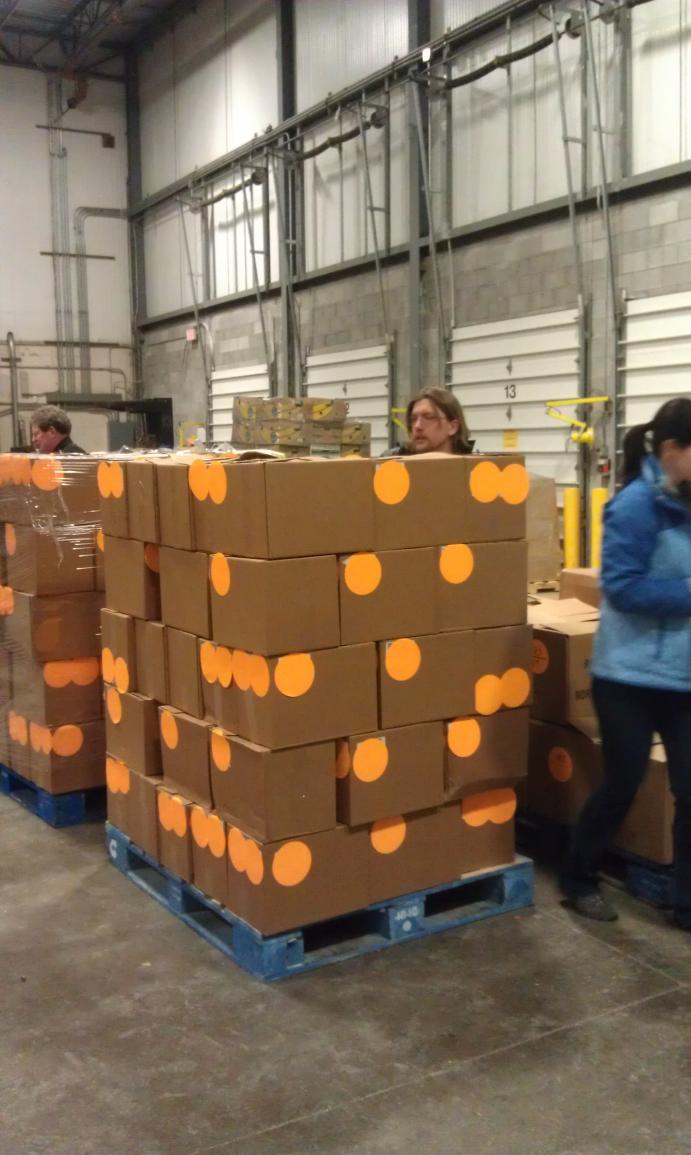 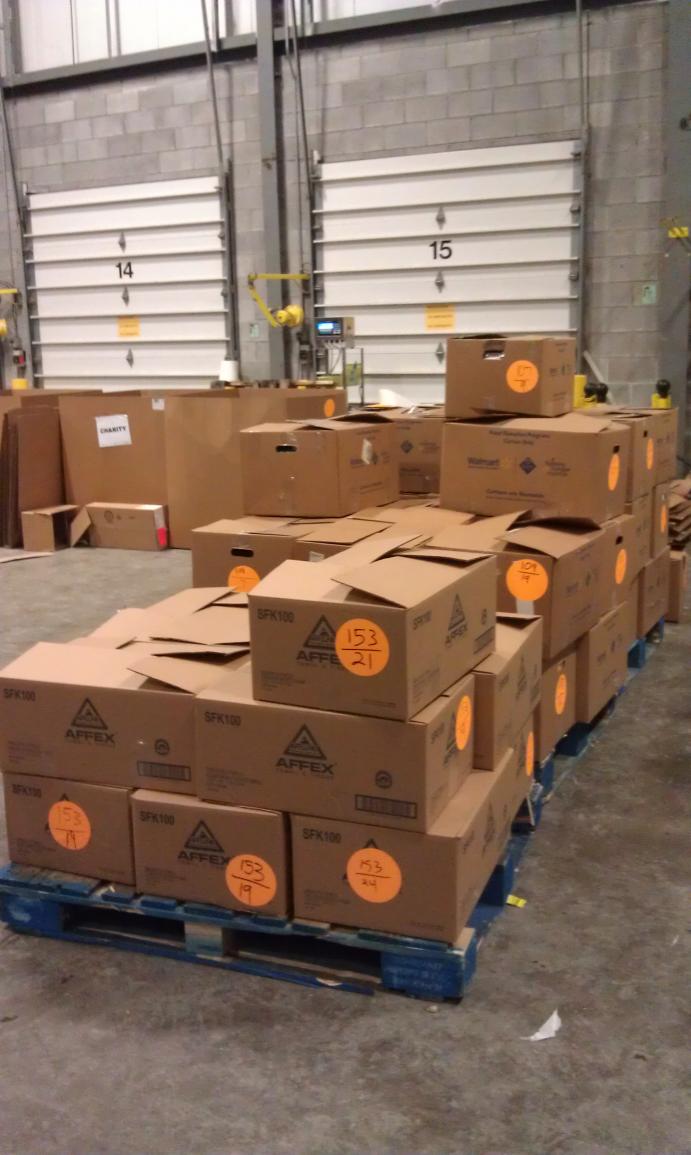