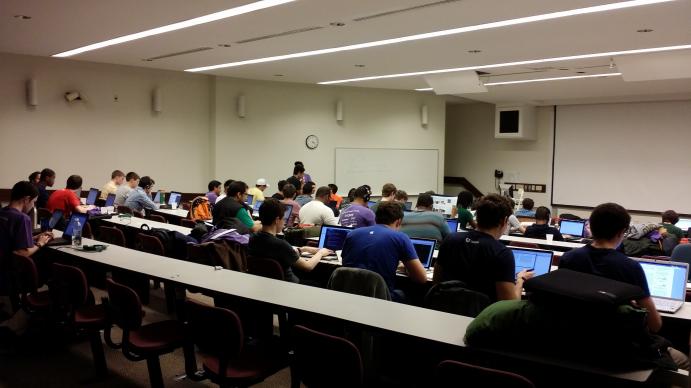 Stephen Aylward and Jean-Christophe Fillion-Robin served as Hackathon mentors, while Ann Aylward kept the Kitware swag flowing including coupons good for a free hour of laser tag. Mentors helped participants with technology, algorithm, and process-related matters such as identifying license plate numbers, performing OCR on photographs, establishing Git workflows, and even preparing resumes. In total, the event had approximately 10 mentors.

Over 250 students participated in the Hackathon, with some from places as far as University of South Florida, Georgia State University, and University of Virginia. Open-source was a major consideration in the development of many of the Hackathon’s projects, with several projects contributing back to and creating new open source.

To make sure that participants remained alert, food was served throughout the Hackathon and areas were designated for sleeping. While one hundred pizzas disappeared within an hour, and countless YORK Peppermint patties were consumed, midnight burritos were the biggest hit among the Hackathon participants. 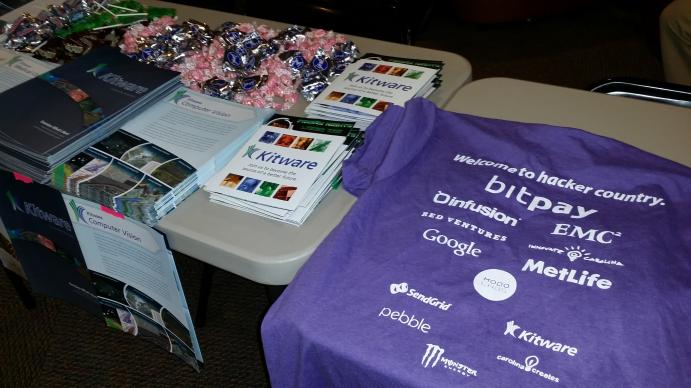 To learn more about the Hackathon, visit http://hacknc.us/.