On June 21st Kitware presented at tutorial at CVPR 2012.  The topic of the tutorial was

This presentation was a collaboration between Kitware and Google Research.  Our goal was to teach MATLAB users how to migrate to an equivalent open source environment built around Python.  More details can be found on the tutorial home page.  We had a team of three Kitware presenters

Amitha Perera was also involved but had a last minute conflict and was unable to attend. 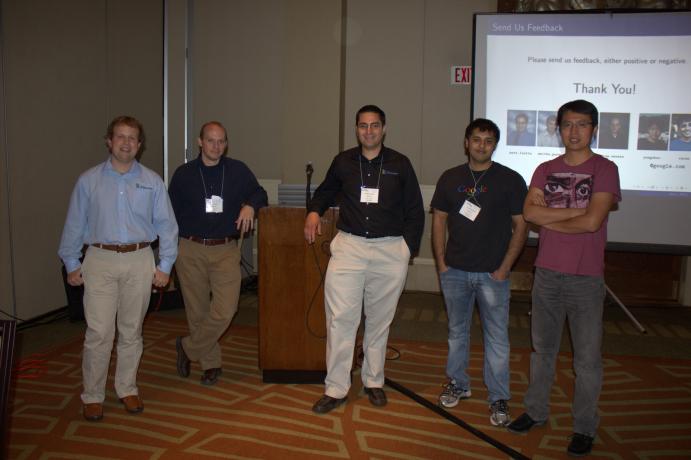 The tutorial was scheduled on the last day of the conference and covered the entire day.  Several people told me they would like to attend but would be traveling home that day.  The tutorial location was also changed at the last minute from the convention center to an adjacent hotel causing some confusion.  However, we still had strong attendance.  Almost every seat was taken, and most people came with a laptop, ready to participate. 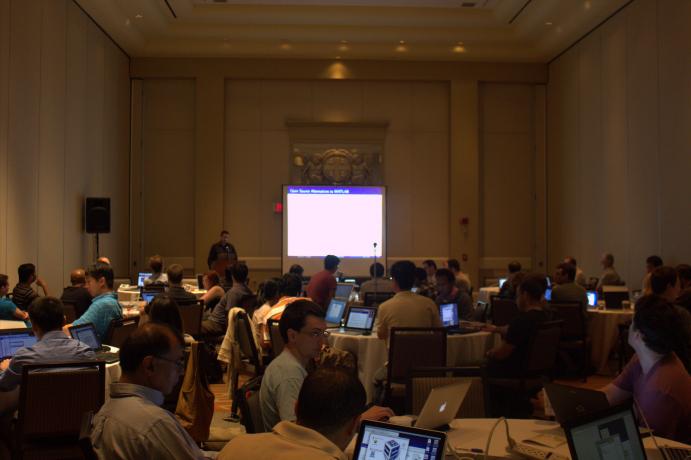 The tutorial ended with a raffle of a scientific Python textbook and an ASUS Transformer Android tablet.  Throughout the day we distributed note cards for people to write their name on to enter the raffle.  Thus, the longer you attended and the more you participated, the more chances you had to win.  We had 59 people enter the raffle, most entered multiple times.  Below is a histogram showing the distribution of the number of times each person entered the raffle (generated with matplotlib, of course).  We distributed cards three times just for being in the room at the beginning, middle, and end of the day.  We distributed cards once to all people actively working on the exercises. Extra cards were distributed to those who asked good questions. 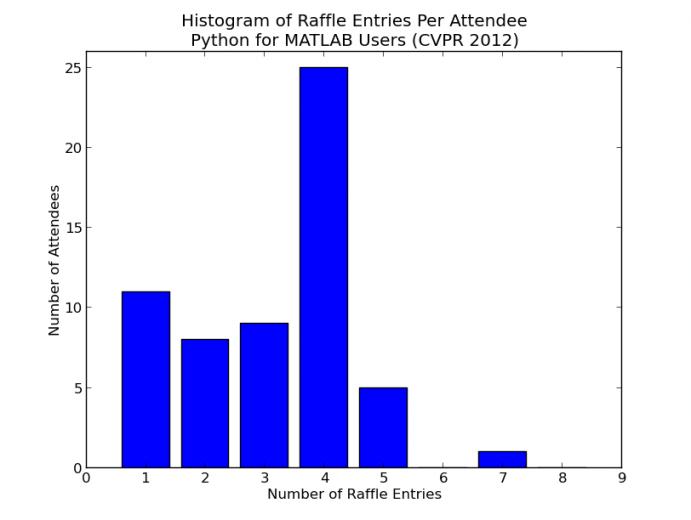 A few people moved back and forth between the various other tutorials and workshops happening at the same time, but the histogram shows that the majority of attendees were present all day long and actively participating.  The winner of the book raffle was Marcel Brückner and the winner of the tablet was Magnus Snorrason.  Both entered the raffle four times. 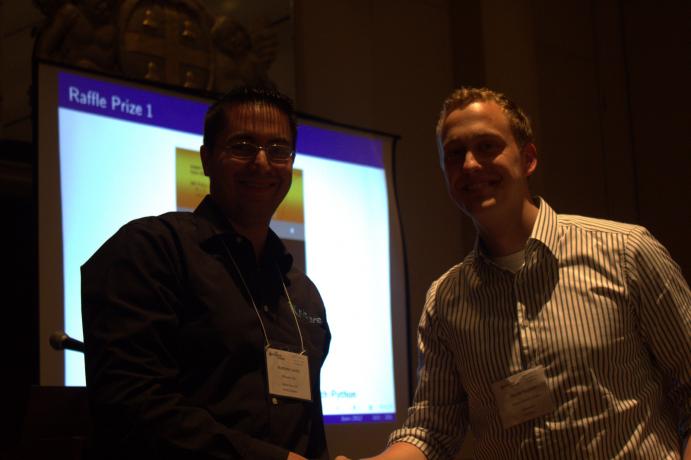 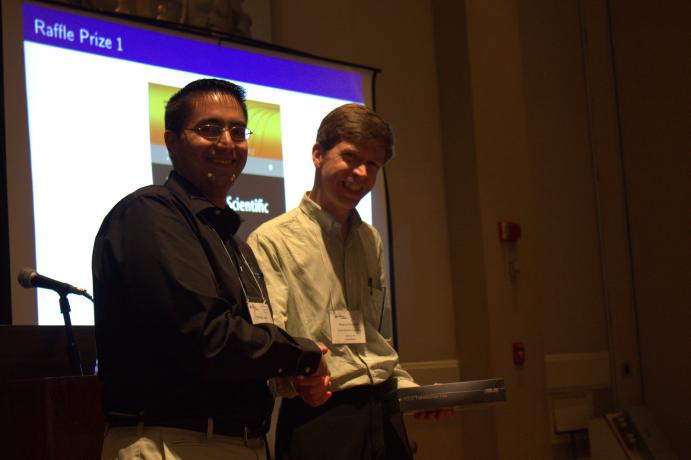 This tutorial was very productive and we got a lot of good feedback.  Several in attendance remarked they work in a MATLAB-centric lab or office and want to migrate in Python.  Some want to use Python while collaborating with their MATLAB-using colleagues.  Others want to convince their colleagues to make the switch too.  We encouraged everyone to freely distribute our presentation slides and help spread the movement.