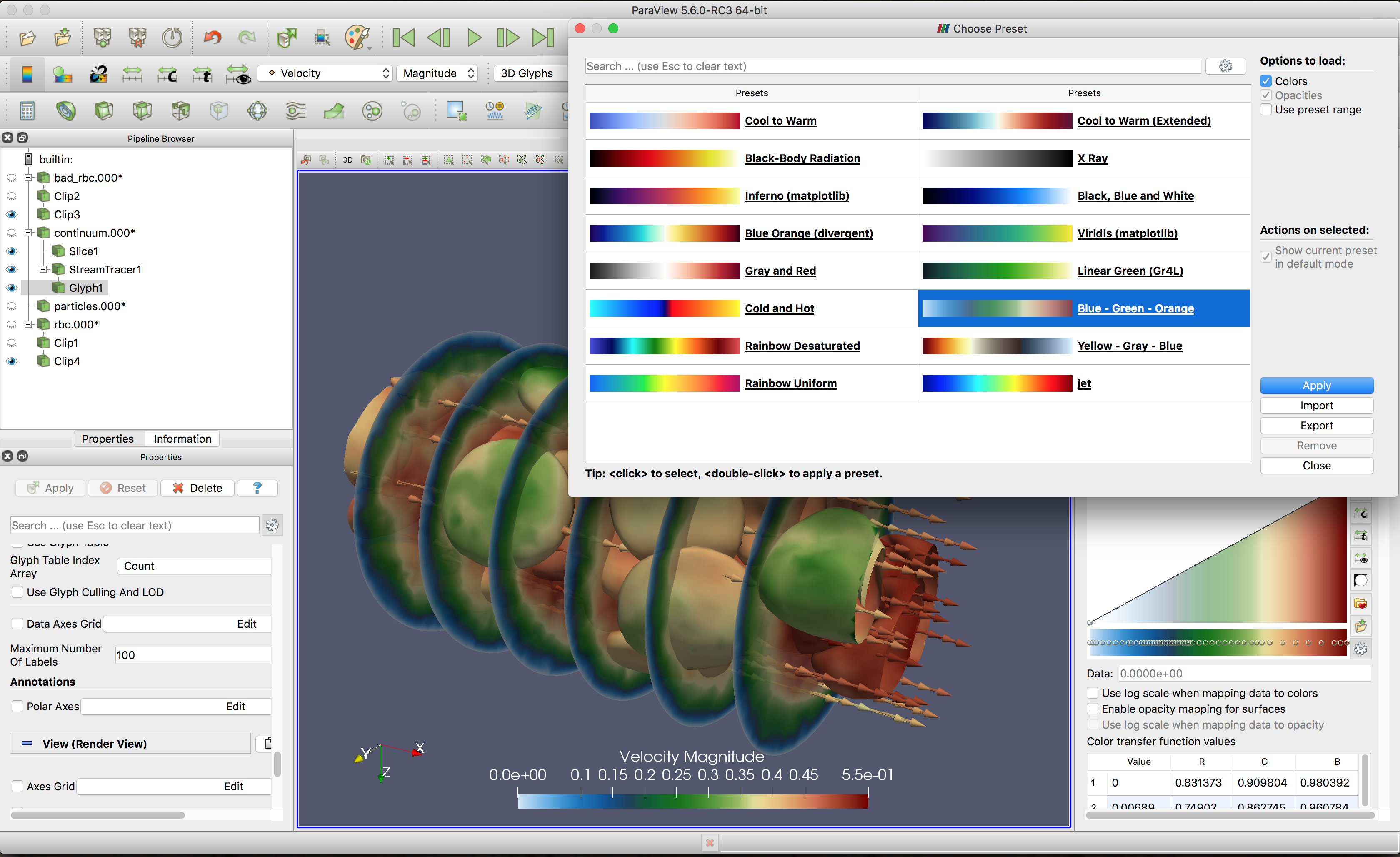 Kitware, in combination with the ParaView development community, made the second major release of ParaView this year, version 5.6.

“ParaView now has more facilities for customizing user interfaces,” said Berk Geveci, the senior director of scientific computing at Kitware. “These facilities can help users tailor interfaces to their needs and workflows, whether they be for structural analysis, fluid dynamics, astrophysics or climate science.”

ParaView is an open source software platform for computational science. Kitware will have multiple talks on the platform at booth 3735 at The International Conference for High Performance Computing, Networking, Storage, and Analysis (SC18). Examples include “What’s New with Kitware & HPC: High-performance Visualization and Analysis with ParaView” by Assistant Director of Scientific Computing Patrick O’Leary, “Ray Tracing Comes to ParaView” by Principal Engineer Dave DeMarle and “What’s New in ParaView” by Distinguished Engineer Utkarsh Ayachit. Kitware will also have a special Q-and-A session with ParaView developers for conference attendees.

Outside of scheduled activities, attendees can inquire about ParaView and the 5.6 release any day of the SC18 Exhibits. Highlights of the release include improvements to the user experience; new data ingestion and export capabilities, which support more file types; and new filters for molecular datasets.

Forty developers committed changes to ParaView 5.6. Kitware posted release notes on GitLab and on its blog. The company also announced the release on the ParaView Discourse forum, which replaced the mailing lists. In addition to announcements, the forum includes support questions, notes about plugins and applications, tips and information on hiring at Kitware. Kitware currently has open positions on its HPC and visualization team, including scientific visualization developer. Developers who want to work on ParaView at Kitware can apply to job postings on https://jobs.kitware.com.

As Kitware hinted on its blog, ParaView 5.7 will improve spatio-temporal parallelism to more quickly export images and geometry from time-varying data, which will help users save time. Version 5.7 will also let users employ the same ParaView session to define the images or geometry they want to export through Catalyst Export Inspector and then run the export itself.

With other updates, ParaView 5.7 will provide a complete solution for hypertree grid datasets. It will also rework ParaView’s CMake-based build system to reduce CMake configuration times and make it easier to use ParaView from other CMake projects. For specifics, please visit Kitware’s booth (3735) at SC18.