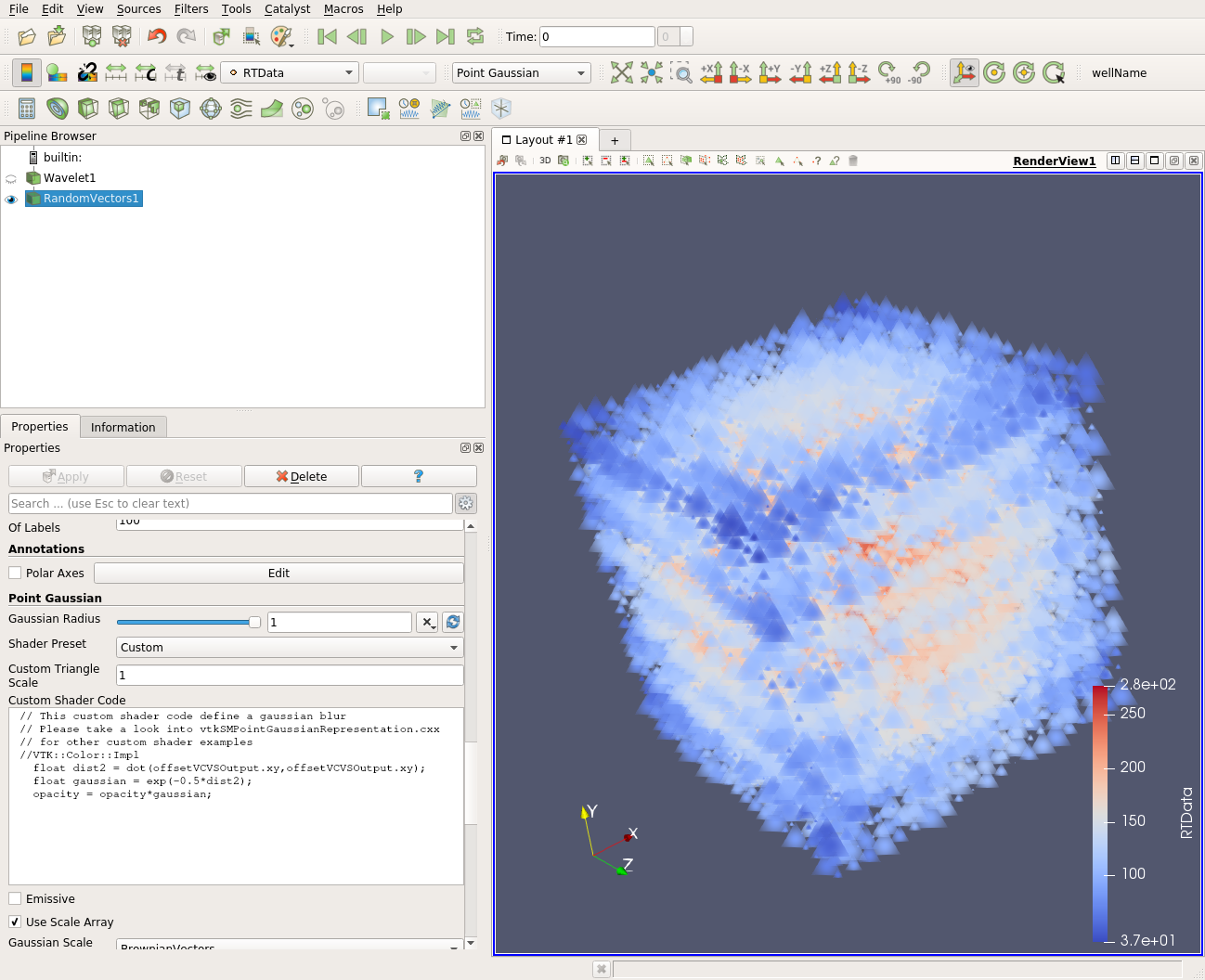 One feature in ParaView 4.4 that was quite used was the Point Sprite Representation available through a built-in plugin. The feature was lost when we transitioned to the new OpenGL2 backend rendering engine.

The new Point Gaussian Representation was supposed to take its place partially and be supported for a long time as an official representation and not “just a plugin” as before. However Point Sprite users were not very happy with it: the new feature wasn’t easy to use and slower when rendering big number of points.

This issue comes to an end with some new features and bug fixes which are now merged into ParaView :

Please try it and let us know what you think.

This work has been founded by EDF SA, in the context of the MOVIDO/ParaVis/SALOME project.

1 comment to Major Improvements on the Point Gaussian Representation