When many adjacent pixels share the same value, as is almost always the case with label maps that represent organ segmentations, RLE can significantly save storage. Instead of keeping a line of pixels as “11111222200004555,” RLE stores the pixels as “5×1 4×2 4×0 1×4 3×5.” This reduces memory usage from 13 numbers to 10 numbers. For 3D images with millions of voxels, the savings prove far more significant.

To implement an RLE data structure for arbitrary dimensionality, ITK-SNAP relies on an existing Insight Segmentation and Registration Toolkit (ITK) class, itk::Image. ITK-SNAP implements an RLEImage of n dimensions as an itk::Image with n‑1 dimensions through the following run-length lines:

For this image class to offer utility, it has to provide the access methods that ITK normally uses for the itk::Image class. These access methods include Get/Set operators as well as const iterators and writable iterators. With these operators and iterators, RLEImage can serve as a drop-in replacement for itk::Image, as long as the user code does not assume a linear pixel layout, which it frequently does.

Interpolation determines the correspondence between shapes on adjacent segmented slices. To do so, it detects overlaps, aligns the overlapping shapes, generates a transition sequence of one-pixel dilations, and takes the median as the result. Recursion can aid situations in which more than one empty slice separates the original slices. Albu et al. describe the method of interpolation [3]. The method retains some distinctive features and does not suffer from excessive smoothing, unlike most shape-based methods.

Tests on two images, “c10” and “c2,” with full manual segmentations evaluated interpolation performance. The tests left every nth slice to simulate sparse manual segmentation and cleared the rest of the images. Each test used the slices as input to the filter and then compared the output with the original image.

Dženan Zukic is a senior research and development engineer on the medical computing team at Kitware. For his dissertation, he studied the segmentation of vertebral bodies in magnetic resonance images.

Matthew McCormick, a technical expert at Kitware, is a major contributor to and the current maintainer of ITK. His general interests include image processing and emphasize scientific reproducibility.

Jared Vicory is a research and development engineer at Kitware. While working toward his doctoral degree, he developed a method for interpolating sparse contours into a dense 3D surface.

Guido Gerig is an institute professor at the New York University Tandon School of Engineering. His work revolves around image analysis in medicine, engineering, and statistics.

Paul Yushkevich is an associate professor in the department of radiology at the University of Pennsylvania. He develops novel computational methodologies for the analysis of biomedical imaging data. 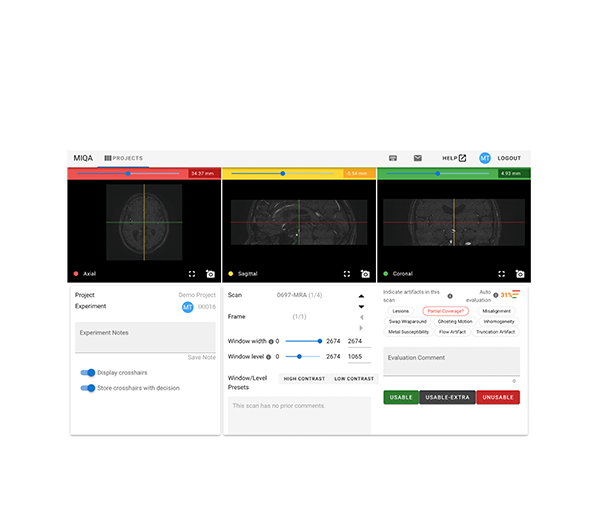