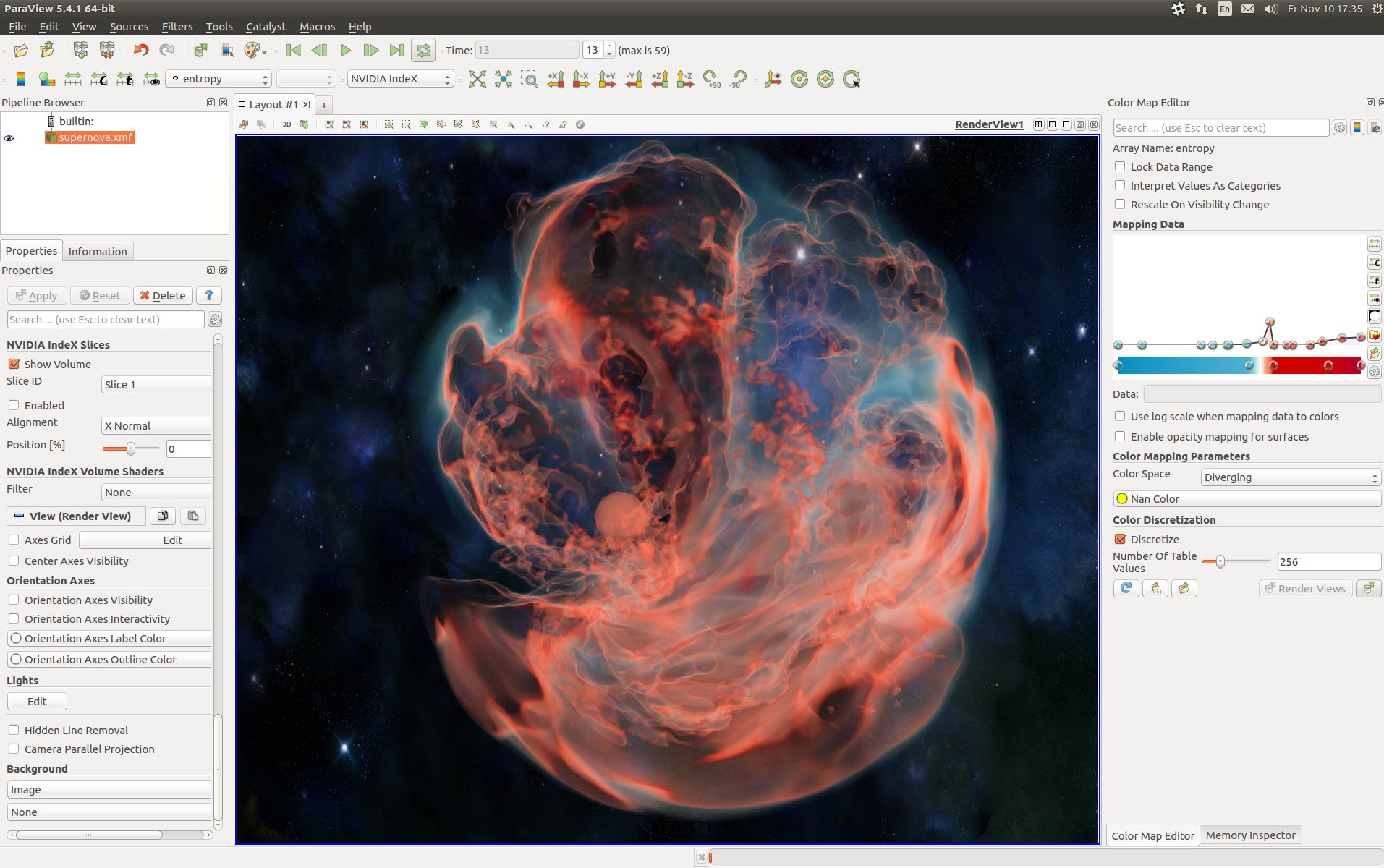 Scientific visualization is important for gaining understanding and insights into the simulation data produced in High Performance Computing. Now more than ever, need for real-time visualization has increased despite increasing dataset sizes and researchers want to shorten their time to discovery.

NVIDIA IndeX™ is a visualization SDK that leverages GPUs for scalable, real-time visualization and computing of multi-valued volumetric and geometric data. NVIDIA IndeX as ParaView plugin is developed in collaboration with Kitware to accelerate large scale volume rendering for both structured and unstructured meshes.

We have simplified access to the plugin by integrating it natively with ParaView. Now with ParaView 5.5, users can get the plugin source code and binaries for both Windows and Linux as part of ParaView download. Once the plugin is loaded in ParaView, users simply have to select NVIDIA IndeX from the “Representation” drop down menu to take advantage of various features like:

Dr. Jean Favre, visualization scientist at CSCS, has been an active beta user for the plugin and tested it for scalability with different use cases. An example use case he ran was an unstructured dataset with 770 million tetrahedral cells running on 32 nodes of Piz Daint supercomputer at interactive frame rates.

Licensing of the plugin stays the same, single GPU version is free for use, cluster version for multi-gpu and multi-node usage is free for academic purposes and with a license fee for commercial work.

Please write to us at <paraview-plugin-support@nvidia.com> for any comments or questions related to the plugin.

Dr. Ufuk Turuncoglu, Assistant Professor, Istanbul Technical University is going to give a talk on a new modeling framework for In-Situ Visualization for Earth system models at GTC 2018. He will talk about the use of ParaView’s Catalyst and NVIDIA IndeX for in-situ visualization, methods, tricks, etc. The talk is titled S8689 – In-situ Visualization for Novel Earth System Modeling Framework using NVIDIA IndeX ParaView Plugin and Catalyst.