ParaView 4.2.0 is now available to download. The complete list of over 200 issues resolved for this release can be found the ParaView Bug Tracker. Some of major highlights of this release are as follows:

The idea behind Cinema is to process large data in either batch mode or in-situ using Catalyst to produce smaller data products which could then be viewed in a Web environment while allowing some interactivity and exploration freedom. This new framework is now part of ParaView as additional Python modules will allow dynamic and interactive data exploration within a web environment.

Continuing the process of avoiding users to have to switch between panels, which started with combining the Properties and Display panels into one, in 4.2 the View properties are now accessible from the Properties panel itself. Of course, some users may still prefer to have separate panels for each. For those, we have added a mode to customize this as well. 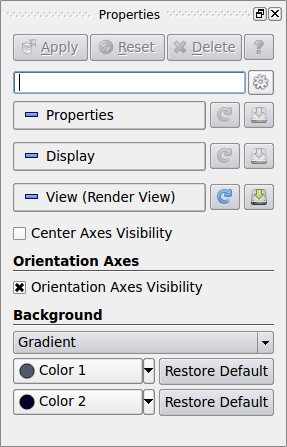 The infrastructure for managing user preferences and application settings was refactored from ground up. You can not only only change the configuration options previously exposed through the Settings dialog, but also change the default values for properties for any pipeline module including readers, filters, views and displays. 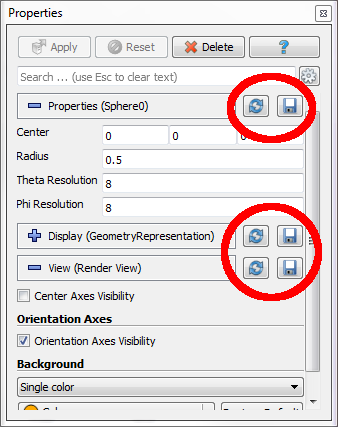 Not to be left behind, the Settings dialog was also redesigned to follow the now increasingly ubiquitous panel design with default/advanced view modes and searching capabilities. 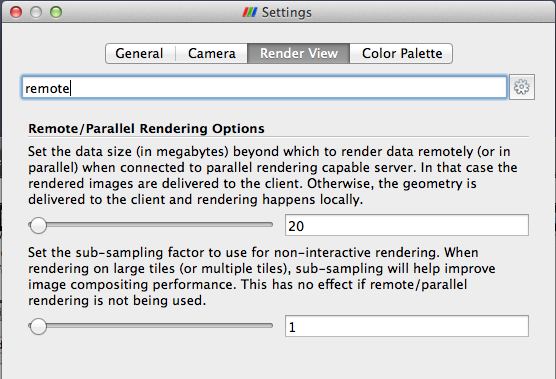 The Python tracing infrastructure received a much needed facelift in this release. Several changes to the underpinnings of the ParaView application logic now make it possible for sharing application logic between the graphical and Python-based applications. Thus, performing operations such as setting up color maps, rescaling color maps, creating views and displays, initializing filter defaults are now consistent between the two modes. Furthermore, tracing was made more robust are reliable to include working with color maps, multiple views, etc. Multiple tracing modes allow you to control the trace verbosity, making tracing a useful tool in learning ParaView’s Python API.

The color legend has a slimmer default width when in the vertical orientation. The ranges are now displayed in scientific notation format, which can be customized, and have been moved to the same side as the intermediate numeric labels. Optionally, the numeric labels and tick marks can now be moved to the left side. Additionally, justification options for the title have been added (left, centered, and right). Tick marks, tick labels, and range labels may be independently turned off if so desired. All settings for color legends can be saved as custom defaults using the new settings capabilities described under Application Settings above.

The ParaView Book (or User’s guide) is being updated quite extensively. Updated version of the pdf as well as the printed book will be available soon.

The main ParaViewWeb application had a facelift with new features and capabilities. It is becoming more flexible and getting closer to the actual ParaView Qt application UI philosophy.

Blog posts
As an experiment, we have been writing blog posts documenting new featrues as they are developed — something we will continue to do in future to keep the community updated and get early feedback. Here are some of the posts that covers features that went into this release.