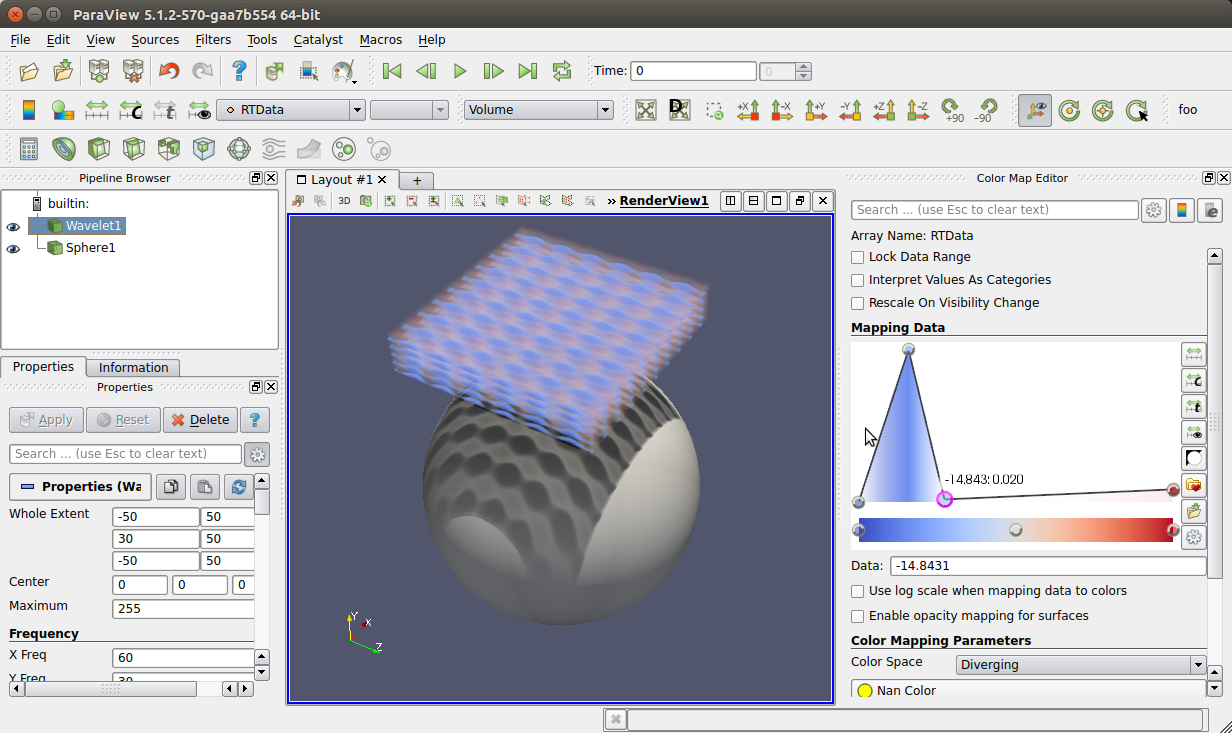 Anti-aliasing is now available in ParaView. It can be enabled by checking “Use FXAA” in the Render View section of ParaView’s general settings. More info

Hidden line removal is available for rendering only the nearest portions of a wireframe model. More info

ParaView’s Intel OSPRay-based ray traced rendering backend, which was introduced in 5.1, continues to mature. In 5.2 we fixed a number of reported bugs, updated from OSPRay version 0.10.0 to 1.1, and gained full access to OSPRay’s volume rendering. The performance falls between VTK’s own fixed point CPU and GPU enabled volume renderers. Of particular interest is that this is VTK’s first volume rendering option that enables volumes to cast shadows, albeit only in non-distributed memory cases. 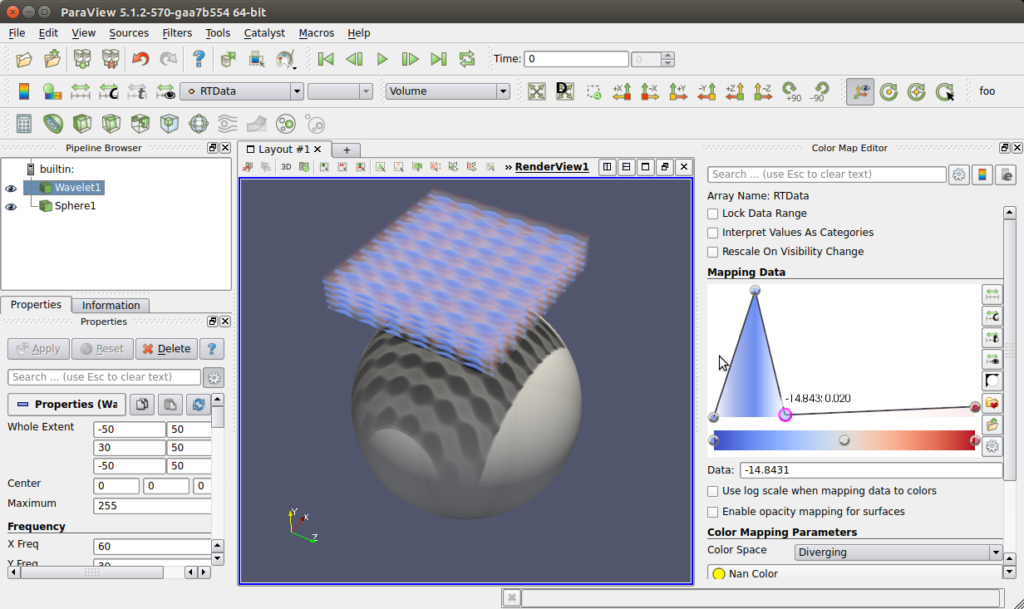 Figure 2: (From left to right) The two images on the left show a surface representation of the Magnitude and Y-component of a vector field (coordsX * iHat + 10 * coordsY * jHat + coordsZ * kHat).  The left portion shows the equivalent volume representations.

Mixed multiblock and composite dataset rendering with the OpenGL2 backend is significantly faster than in prior releases.

When rendering semi-translucent geometry in parallel, added a new option called “Use Data Partitions”. For unstructured grids and polydata this option will skip the redistribution of points and cells of a data set that was previously needed in order to properly perform depth-sorting for correct rendering. This can dramatically increase the parallel rendering performance. This option requires that all visible data sets in the view have the same partitioning in order to get the rendered view correct. The default setting for this is to have “Use Data Partitions” set to off since in general the partitions will not coincide and the rendered view will be incorrect.

Mesa 13.0 is now used in Kitware’s Linux distributions of ParaView to benefit from significant speedups resulting from optimizations to Intel’s OpenSWR engine. 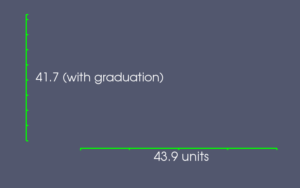 Figure 3: New appearance properties have been added to the Ruler source.

Extract Time Steps filter: This filter can extract the specified time steps from its input dataset. This is useful for cases where one wishes to process only a subset of the input time steps.

Line Widget improvements: Improvements have been made to the line widget in ParaView to make it more user friendly. More info

The ParaView application name on Mac OS X now has version information to support side-by-side installation of more than one ParaView version.

Quoted array names in Calculator: Array names may contain units inside parentheses, e.g., “Velocity (m/s)”. When they do, they are unavailable in the Calculator because the parentheses and forward slash are interpreted as part of an expression rather than as a variable. To address this, ParaView 5.2 adds support for using quotation marks around such names so that they are interpreted as variables.

Figure 4: Example of Resample With Dataset. The left-hand side contains a multiblock tetrahedra mesh (Input). The middle portion of the image shows a multiblock unstructured grid (Source). The outline of Input is also shown in this view. The right-hand side displays the result of applying the filter.

ParaView’s export for deferred rendering browsable databases, a.k.a. Cinema, has been updated. This newest version, code named “Chaplin”, has a significantly expanded camera model and more accurate direct-to-float value-rendered images. The new camera model encapsulates complete camera reference frames, which allows Cinema to optimize away redundant snapshots and to be more expressive. For example we now support both inward and outward facing cameras with roll and object tracking and the infrastructure can support others. The direct-to-float rendering relies on OpenGL floating-point textures to make rasters of unmodified data array values. This overcomes a number of precision and accuracy issues in the older approach.

Figure 5: Camera near planes from a Cinema export of an earth scene with older Phi/Theta camera on left and a corresponding Pose-based camera on right.