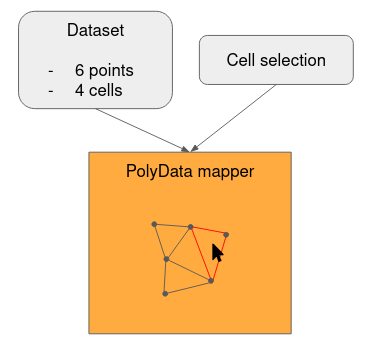 When selecting points or cells from the render view, ParaView currently executes internally an “Extract Selection” filter to display the primitive under the mouse each time the mouse moves. The overview of the internal pipeline is depicted in Figure 1. While it is generally fast enough, when dealing with huge datasets the execution of the filter slows down the user experience, making the selection feature painful to use. This short article will explain how we managed to optimize this preselection feature and how to use it.

This work was supported by Electricité de France (EDF)