p style=”text-align: center;”>Following on our series exploring the use of the Raspberry Pi,
Here we describe how to build VTK natively in the board.

p style=”text-align: center;”>It turns out that the Raspberry Pi has a graphics stack with rendering capabilities
that are between a Playstation I and a Playstation II.

p style=”text-align: center;”>To further increase the happiness, we learned that
the Graphics Stack of the Raspberry Pi is fully Open Source. 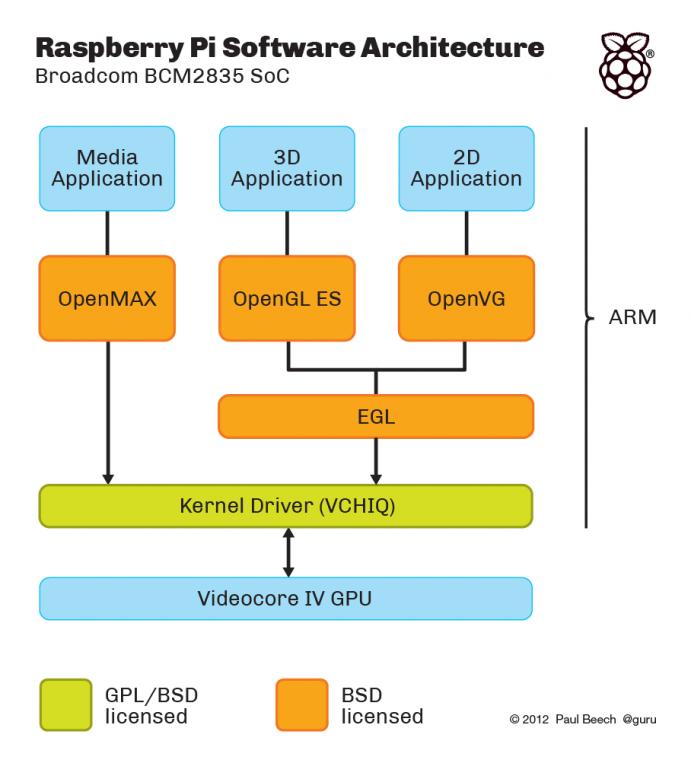 p style=”padding-left: 150px;”>“…the BCM2835 used in the Raspberry Pi
is the first ARM-based multimedia SoC
with fully-functional, vendor-provided
(as opposed to partial, reverse engineered)
fully open-source drivers,
…Broadcom is the first vendor to open
their mobile GPU drivers up in this way…”

Given that Open Source is not real until you can download the source code and
read the license, here is the userland repository with the drivers for your enjoyment.
(Note that they use CMake for configuration as well).

p style=”text-align: left;”>All these news make us realize that this little gadget is a good platform
for playing with visualization, and what better tool for doing so than VTK !     🙂

Here is how we built VTK natively in the Raspberry Pi.

Note: as with the previous posts, many of the screenshot images below
may appear blurred due to subsampling. Please simply click on them,
to see them in full resolution, where the text will be clearly readable.

First, in the Raspberry Pi we install several pre-requisite packages with the commands:

This leaves VTK in a directory:

As usual, we create a binary directory and from there we invoke
ccmake giving it as argument the location of the source directory. 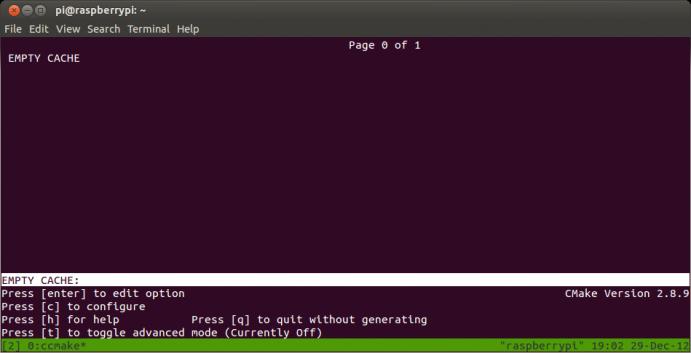 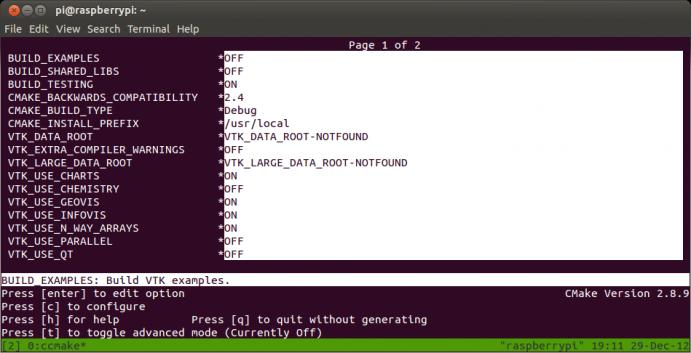 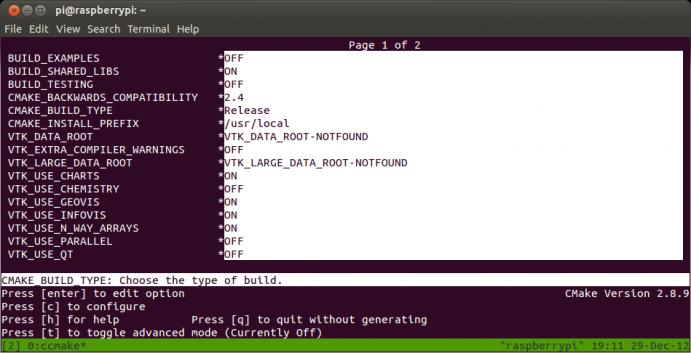 As usual we do

and we are back to the command line prompt.

We can now happily type

we actually did “time make” since we are curious about the time that it will take to compile. 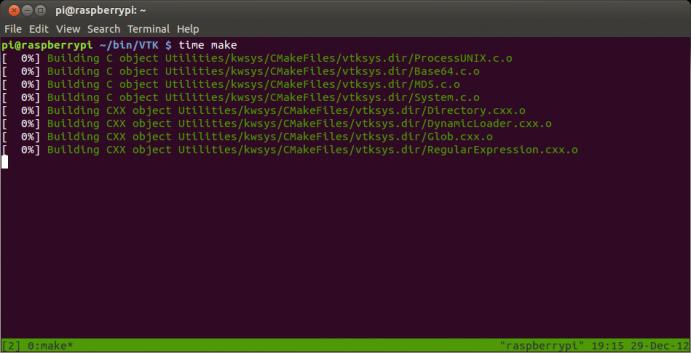 and while this builds, we go and read more about the graphics capabilities of the Raspberry Pi

Our VTK build finishes in about 13 hours: 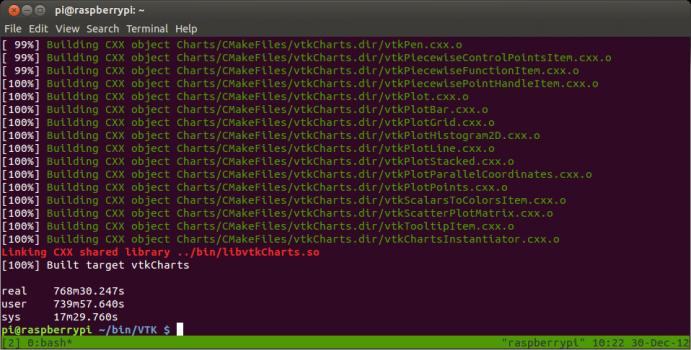 We are ready to build our first VTK example in the Raspberry Pi.

Hovering the mouse over the link that says:

We configure the example by pointing CMake to the binary directory where we just built VTK.

then build it by simply calling “make” 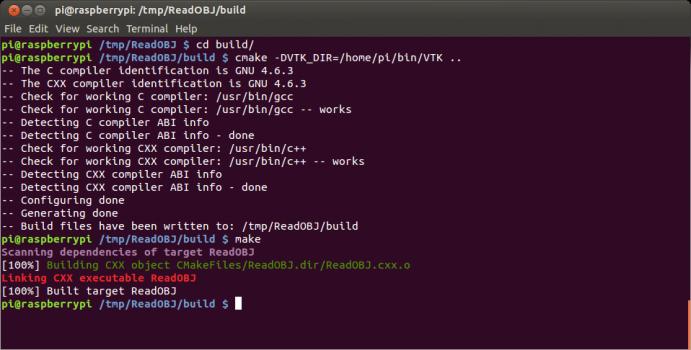 Now we need an OBJ dataset to load, that we can procure ourselves with some Google magic from 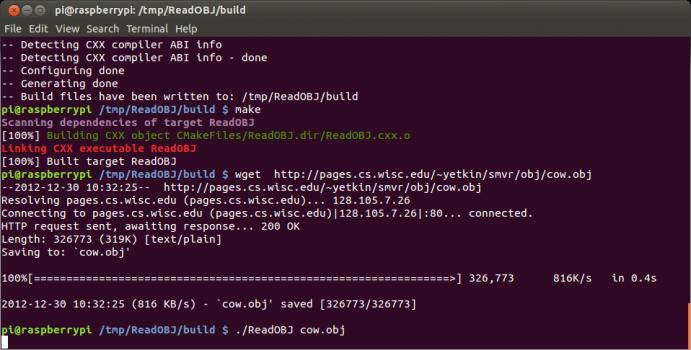 and we got the display of a Magnificent Cow !,
that we can of course rotate around with the mouse,
and get into wireframe mode by using the “w” key.

NOTE: In this case, this was done with a remote SSH login in the Raspberry Pi,
therefore, for this display to work, we had to previously had started the X Server in the board,
which is done by simply typing:

and then we had to login from a different shell into the board using the -X option of SSH.

in this way the X Windows that may be open during that shell session
get exported to the remote display (our Dell Laptop in this case).

…and this concludes our session on building VTK.

Enjoy Visualization in the Raspberry Pi !