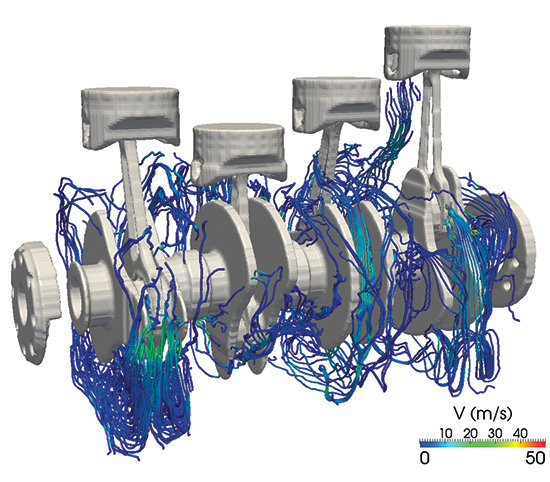 ParaView 5.1 brought the process of ray tracing to the open-source application for data analysis and visualization. This process utilizes the OSPRay library from Intel. The latest release also brought the capability to render picture-in-picture visualizations to ParaView.

In other news, the 5.1 release refactored the zero-copy infrastructure in ParaView to pass data arrays with arbitrary memory layouts to ParaView Catalyst. As a result, ParaView uses less overhead when it accesses the arrays in filters. The release also refactored three-dimensional (3D) widgets so that applications can more efficiently employ them.

Further changes to ParaView established a welcome screen that contains links to resources. These resources include the  two-page “ParaView Getting Started Guide” and example visualizations. For more information on using ParaView and downloading version 5.1, please refer to http://www.paraview.org.

Earlier this summer, CMake 3.6 became available to the software development community. With the 3.6 release, the Visual Studio 14 2015 generator obtained experimental support for the Clang/C2 toolset. In addition, the list() command received a FILTER sub-command, which filters list elements by regular expression.

The release also added a variable that informs the try_compile()command to build a static library instead of an executable. The variable, CMAKE_TRY_COMPILE_TARGET_TYPE, applies to cross-compiling toolchains that cannot link binaries without custom flags or scripts.

In addition, the release introduced the <LANG>CLANG_TIDY target property and the CMAKE<LANG>_CLANG_TIDY variable. Together, the property and variable tell the Makefile and Ninja generators to run clang-tidy as well as the compilers for C and CXX languages.

In other introductions, the release launched the GIT_SHALLOW 1 option for the ExternalProject module. With this option, the module can make a shallow clone of a Git repository. The module also gained the abilities to recursively initialize Git sub-modules and to initialize new sub-modules when CMake updates. Another module, InstallRequiredSystemLibraries, gained the ability to enable the app-local deployment of Windows Universal C Runtime (CRT) libraries with Visual Studio 2015. To learn more about the InstallRequiredSystemLibraries module and to try it out in the latest version of CMake, please visit https://www.cmake.org/download.

On behalf of the Insight Segmentation and Registration Toolkit (ITK) community, Kitware released ITK 4.10. The release added a remote module that allows ITK to align two projection images of a patient. The release also presented a major update to the internal Vision Numerics Library (VNL). In addition to this update, version 4.10 made the interface of wrapper classes more Pythonic, and it allowed Windows builds to process images over four gigabytes by default.