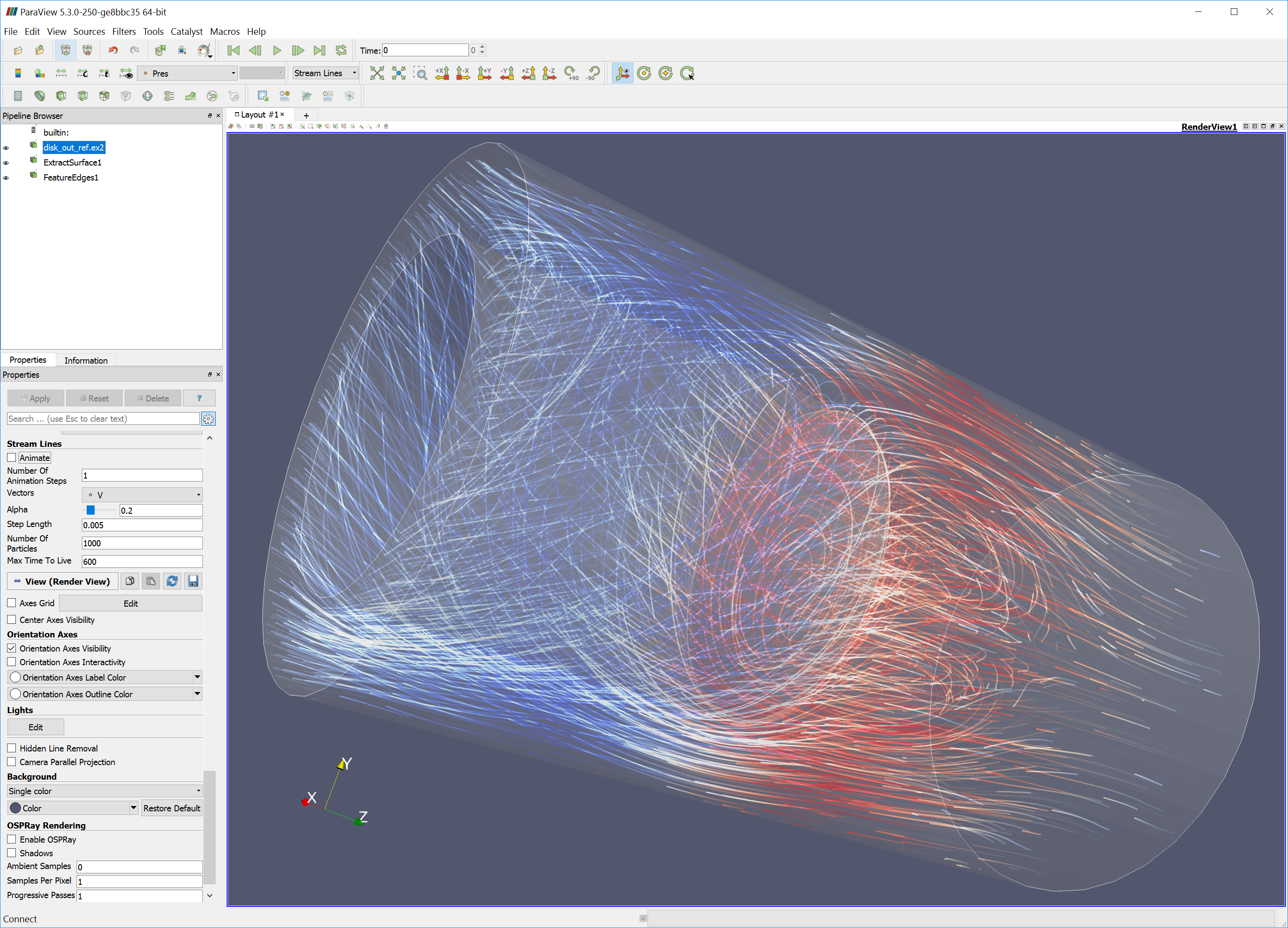 The release followed the conclusion of Phase II of a Department of Energy Small Business Innovation Research project. For the project, Kitware partnered with Cornell University and collaborated with members of other academic institutions to develop a multithreaded application architecture and an extensive Python environment in the platform.

“We created a responsive, graphical solution that processes and analyzes complex scientific data in a manner that may otherwise span multiple applications and programming environments,” said Marcus Hanwell, a technical leader at Kitware. Hanwell is a member of the Tomviz development team who served as the principal investigator on the project.

Tomviz comes ready for download as open-source binaries for major operating systems like Windows, macOS, and Linux. To begin the pipeline, Tomviz imports projection images from transmission electron microscopes in industry-standard file formats such as Tagged Image File Format (TIFF), Medical Research Council (MRC), and Electron Microscopy Datasets (EMD). While the platform can automatically align these images, it enables users to manually adjust the tilt and rotation of the axis.

“Throughout the pipeline, Tomviz remains highly interactive,” said Robert Hovden, a former postdoctoral researcher at Cornell University and a founder of the Tomviz development team. “Tomviz runs data operators in background threads, so users can continue to work with the platform while it executes operations.”

The platform builds on the capabilities of the Insight Segmentation and Registration Toolkit, the Visualization Toolkit, and ParaView. Through hardware-accelerated rendering techniques, for example, Tomviz lets users alter visualization parameters such as the opacity, lighting, color, and orientation of volumes and geometries. Tomviz not only provides different rendering modes, but it contains multiple tools for analysis. One tool, a ruler, measures the lengths of objects in images. Tomviz also computes surface area, volume, and other labeled object attributes, which it displays in a spreadsheet that users can save.

In addition to tabular data, Tomviz allows users to save its state with all data pipeline settings. Users can share and modify these settings to help others follow the necessary steps to reproduce results. Tomviz saves results as movies or exports them on the web as HTML files. To foster open dissemination, the Tomviz development team made live examples publicly available on GitHub. These examples utilize images or the latest Web Graphics Library (WebGL) rendering techniques.

To reduce aliasing artifacts when ParaView renders lines, wireframes, etc., the release turned on the Fast Approximate Anti-Aliasing (FXAA) algorithm by default. The release also updated the integration of ParaView and OSPRay through support for OSPRay 1.1.2. For more information, please visit https://blog.kitware.com/paraview-5-3-0-release-notes.

Girder 2.2 became available as open-source software. The release polished the user interface on the administrative configuration page. It also presented a file-like interface for files in Girder assetstores. In addition, the release augmented support for file formats in the DICOM viewer plug-in, it built in support for Box as an Open Authorization (OAuth) provider, it incorporated support for static-only dependencies between plug-ins for web client code, it introduced a mode that boosts upload performance, and it refined download performance in the Secure File Transfer Protocol (SFTP) server. To download Girder, please go to https://github.com/girder/girder/releases/tag/v2.2.0.