The VeloView 2.0 release occurred at the SPAR International 3D Measurement & Imaging Conference, which was held from April 14 to April 17, 2014, in Colorado Springs, Colorado.

New in version 2.0 of VeloView is the ability to record and display position packets. This capability is useful when a high accuracy GPS/IMU device is connected to the LiDAR sensor for geo-referencing.

Additional new features in version 2.0 include:

More information on how Kitware and Velodyne have worked together on the development of VeloView is in the “Velodyne: A Case study in Open-Source Solutions” article on page six.

VeloView 2.0 and its source code can be downloaded from http://www.paraview.org/Wiki/VeloView, and sample data is located on http://midas3.kitware.com/midas/community/29. The VeloView 1.0 and VeloView 2.0 release videos can be found on Kitware’s Vimeo page. 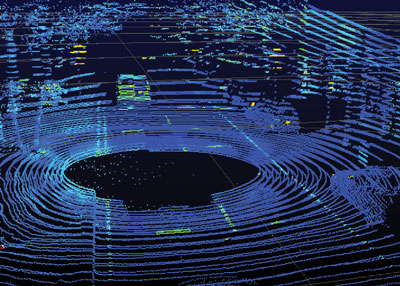 Significant changes were made to CMake in version 3.0. For example, the CMake language was extended with *Bracket Argument* and *Bracket Comment* syntax whose contents are not evaluated by CMake, and the CMake documentation was converted to reStructuredText.

The source and binaries for CMake 3.0 are available to download from cmake.org. The documentation and the release notes can be found under the Help menu on CMake’s website.

CDash—the open-source, web-based software testing server—has had another major release. CDash aggregates, analyzes, and displays the results of software testing processes submitted from clients around the world, conveying the state of a software system to continually improve its quality. This new release fixes more than 80 bugs and adds more than 10 new features including:

More information is available on www.cdash.org.

Need a quick way to get started with CDash? We will host your project for free at http://my.cdash.org.

For details on obtaining the source code, please see the ITK Wiki page.

New features of the release candidate include:

In addition, the release candidate offers improved code coverage and style, as well as other bug fixes. For more details, please see http://www.kitware.com/blog/home/post/698.

Kitware is pleased to announce the final release candidate for Bender 2.0. Features in version 2.0 include a new approach to posing anatomical models by using the Finite Element Method (FEM). The numerical solution enabled by FEM allows the anatomy to be correctly repositioned, while preserving the volume of each organ.

The binaries for the release candidate are available on http://packages.kitware.com/folder/135. The code can be found on http://public.kitware.com/gitweb?p=Bender/Bender.git, and the documentation is on the Bender Wiki page. 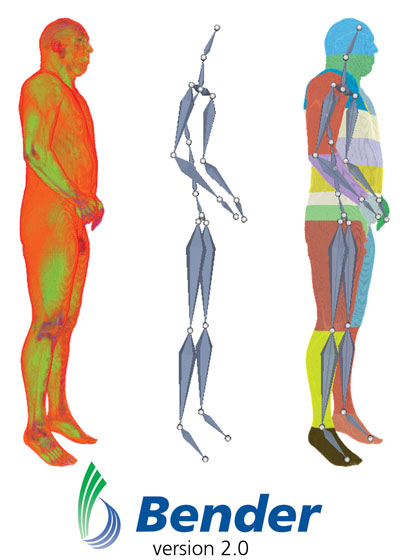