Kitware and the entire VTK team are happy to announce the release of VTK 6.1.0. The release fixes bugs and adds features on top of the more modular code structure of version 6.0. The source, data, and new vtkpython binary packages can be downloaded from VTK’s website.

Also in this release, VTK takes a giant leap onto the web processing frontier. ParaView’s core web interface and widget components have been promoted to VTK, and new features have been added such as an integrated, object-oriented python framework for writing dashboard tests of web applications; a simple python-based launcher and file upload server; and a viewport that drives the VGL (webgl-based) rendering library developed by Kitware and NYU.

Beginning with this release, Kitware published runnable binaries of VTK’s python shell interface for Mac, Windows, and Linux operating systems, along with the usual source, data, and documentation packages. These replace and improve upon the old vtk-tcl.exe windows-only package. 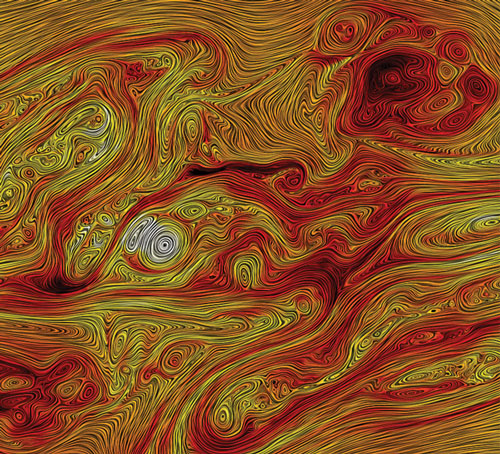 CMake 3.0-rc1 ready for testing
CMake 3.0 has entered the release candidate stage. Among the significant changes made in CMake 3.0 are the
following:

• Compatibility options supporting code written for CMake versions prior to 2.4 have been removed.

• The CMake language has been extended with *Bracket Argument* and *Bracket Comment* syntax inspired by Lua long brackets.

• The CMake documentation has been converted to reStructuredText and now uses Sphinx generation.

• Generators for Visual Studio 10 (2010) and later were renamed to include the product year.

•  A new “CodeLite” extra generator is available for use with the Makefile or Ninja generators.

• A new “Kate” extra generator is available for use with the Makefile or Ninja generators.

On behalf of the Insight Toolkit Community, we are happy to announce the release of ITK 4.5.1. ITK 4.5.1 is a patch release that addresses several critical issues. For one, it helps SimpleITK build with MacOSX Clang 5.0. It also fosters Visual Studio builds of MINCIO and SCIFIO, release builds with GCC 4.8, and TIFF compression.

To download ITK 4.5.1, visit www.itk.org. Questions and comments are welcome on the ITK mailing lists. The next feature release, ITK 4.6.0, is scheduled for June. It will include more patch releases.

Kitware is pleased to announce the release of SimpleITK 0.8.0. SimpleITK is a simplified layer built on top of ITK. By providing binaries for several wrapped languages, it facilitates ITK’s use in rapid prototyping, education, and interpreted languages.

The 0.8.0 release includes several improvements to SimpleITK including support for events and command call-backs and support for compiling OSX Mavericks by automatically enabling C++11. More information about these improvements can be found on http://itk.org.

The release also improves support for C++11 and for setting dimensional vector parameters as scalars in the OOP interface. Additional release improvements include the availability of threshold management in automatic thresholding filters and the use of ITK 4.5.1.

For additional information on the release, visit http://www.itk.org/SimpleITKDoxygen/html/CommandPage.html.