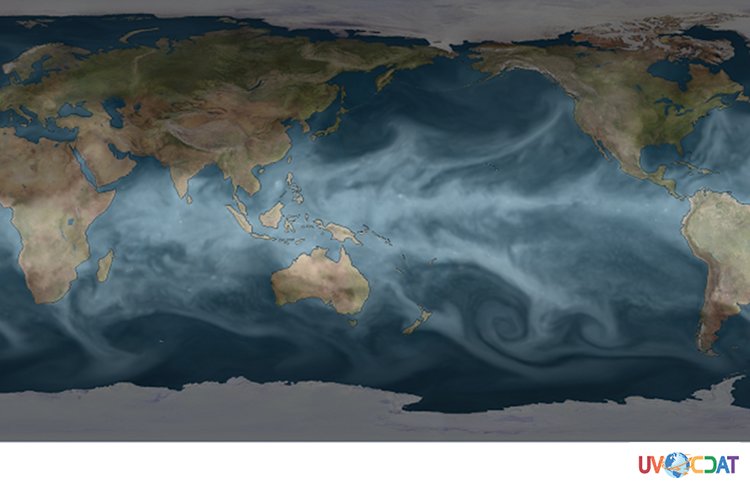 The 3.5 release introduced a new platform file to increase the compatibility of CMake with the Cray Linux Environment (CLE). This file allows CMake to cross-compile code in the CLE to target compute nodes. The release also enabled CMake to build and install combined targets for embedded Apple platforms. Now, users can create applications that run on iOS devices as well as on simulators.

Through additional updates, the suite of tools gained a variable that lets the CPackDMG module specify an AppleScript file that runs to tailor the appearance of the DragNDrop installer folder. With the variable, it is feasible to set the background image of the folder using a Portable Networks Graphics (PNG) file or a multi-resolution Tagged Image File Format (TIFF) file.

Kitware released the Visualization Toolkit (VTK) 7.0 and accompanied the release with a live webinar. During the webinar, David DeMarle, a lead developer of VTK at Kitware, discussed the new default OpenGL backend that allows VTK to render larger and more complex visualizations with millions of primitives. The updated backend also increases speed as much as 350 times, reduces the system memory footprint, and provides fluid interaction and instantaneous feedback when drawing complex models, performing molecular and volume rendering, and rendering within immersive environments. A recording of the webinar is available on http://www.vtk.org/webinars.

Development on the new OpenGL backend began in 2014. The VTK team focused on enhancing rendering performance and increasing the compatibility of the toolkit with mobile operating systems such as iOS and Android. In particular, Kitware collaborated with NVIDIA on Embedded-System Graphics Library (EGL) rendering compatibility and with Intel on OpenSWR and OSPRay efforts. The resulting enhanced capability of the new VTK backend has already benefited ParaView, Tomviz, and Computational Model Builder. An upcoming release of 3D Slicer will benefit from the backend as well.

As noted in the webinar, more than 70 community members participated in the 7.0 release. Thanks primarily to the work of longtime contributor David Gobbi, VTK became compatible with Python 3. Other work introduced algorithms based on Flying Edges to cut contour extraction times for large meshes from minutes down into the sub-second range.

For more details on VTK and to download the latest release, please visit http://www.vtk.org.

The 1.5 release improved the testing infrastructure of Girder to make it easier to develop and test downstream external plug-ins. In addition to the improved infrastructure, the release made several introductions. A new plug-in downloads files by their checksums, and a new decorator acts on the return value of a Representational State Transfer (REST) endpoint to filter all returned models based on user identity.

For the core Web client, the release launched a timeline widget, which displays chronological events and time spans. Other new widgets offer capabilities for selecting specific dates and date ranges. The release also added support to existing widgets. With enhanced support, the search field widget and backend now search for resources by prefix.

Girder is an open-source, web-based platform for managing Big Data. It is part of the Resonant environment. To learn more about Girder and Resonant, please visit http://resonant.kitware.com. To download Girder 1.5, go to https://pypi.python.org/pypi/girder.