The Insight Software Consortium is pleased to announce the release of version 4.3.0, a major milestone that marks the hard work of many community members.

This release includes the addition of experimental DICOM image reading via the DCMTK library as a backend, in addition to the GDCM library. By default, DCMTK ImageIO support is not enabled. To try DCMTK ImageIO support, turn the CMake option Module_ITKIODCMTK ON. For Unix platforms, the supporting DCMTK library will automatically be built as a CMake ExternalProject. On Windows, the DCMTK library must be built independently of the ITK build system. Then, specify the location to the external build after setting the CMake option ITK_USE_SYSTEM_DCMTK ON.

A number of registration-related feature enhancements were added. The image registration methods have been updated to accommodate multiple image metrics within a single optimization scheme. This permits, for example, registration of a T1/T2 fixed image pair with a T1/T2 moving image pair using a single metric for both T1 and T2 gradients, or even using two different metrics. New exponential transforms are available along with automated B-Spline transform scale estimation. A new physics-based non-rigid registration class is also available.

In addition, an extensive amount of code was removed and coding style was made more consistent. Performance optimizations were achieved by removing GetInput/GetOutput calls within filter inner loops, improving memory alignment, memory access pattern optimizations, and parallelization through threading. It is also important to note that as previously scheduled, Visual Studio 2005 will no longer be supported after this release. 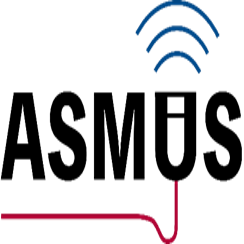